“If I could have a superpower, I’d want it to be invisibility “ 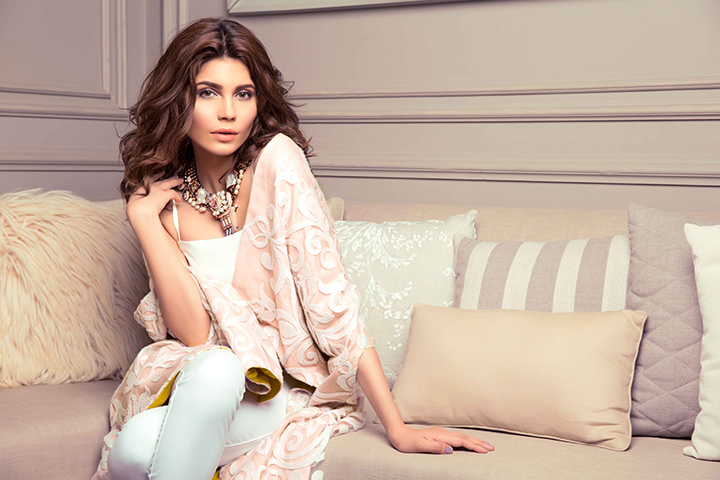 Amna Babar’s exquisite beauty, spot-on style and bubbly personality is far from unfamiliar in Pakistan’s fashion industry today. Being on the cover for multiple magazines and being the face for brands like Sana Safinaz and Élan, this stunner has proved herself as a force to be reckoned with. Always commended for her passion, professionalism and humility, there’s really no surprise why Amo B (her spunky industry nickname) has become a huge favourite with designers!

Her Dubsmash videos have also taken over social media by storm, and it makes us wonder if acting is next on this beauty’s itinerary. (Hint: it just might be!) And we are sure she will shine be it the small screen or the big screen!

Albeit born and brought up in Lahore, Amna considers Karachi her second home, where she sat with OK! Pakistan for a fun chat about her life as a young girl, a model and a potential wife.

Amna, did you always want to become a model?
Amna Babar: Honestly, yes. When I was young, I would watch lots of Bollywood and Lollywood movies and then stand in front of the mirror – after putting some lipstick on – and act and dance. I never thought about becoming a model at the time but when I turned 14, I ended up going to Athar Shahzad’s make-up studio because of my aunt. She had a make-up brand and wanted me to model for her; and I was always very interested in make-up. So she took me there and everyone was like, “You should become a model.” That just stayed with me and gave me that little push to pursue this career. I then decided that I have to become a model. So after completing my studies, I told my mom that this was what I was going to do. 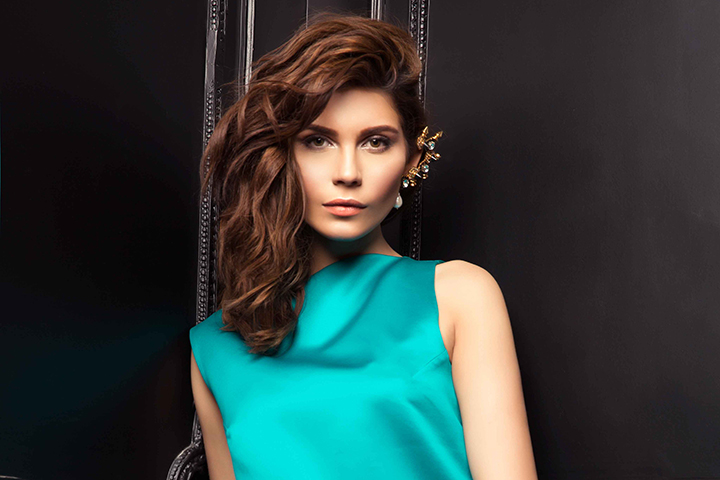 Tell us about your first runway walk. Who was it for?
AB: Back in 2010, I showed Khawar Riaz my walk and he told me I was a bit on the chubby side! I assumed he said that so I didn’t get too smug or arrogant. Either way, he liked my walk and sent me to PFDC Fashion Week which was taking place in Karachi. That was my very first fashion show. I walked for Asifa & Nabeel, Kamiar Rokni, Sublime by Sara and other graduate entries – it was my big break. Being able to walk on the ramp is one of the main reasons I became a model; the feeling of being in the spotlight is wonderful! During my first walk, I was really nervous though because everyone was looking at me. But I thought to myself: “Wait Amna. Everyone is watching you – you’re the one.” I got that high then and knew that I had to make that walk count no matter how nervous I was. It was just great!

We always see the picture-perfect shiny side of runway shows. Any crazy backstage stories you’d like to share with us?
AB: Oh my God, yes! People don’t see any chaos on the ramp yet there’s so much madness backstage. I remember this one time I was walking for Sana Safinaz and faced a major wardrobe malfunction. I was wearing a halter neck with only a string tied at the back but due to all the chaos – running around, pushing, etc – the knot opened up when I was on the ramp! A person in the audience started clapping in a strange way and that’s when I realised the string was open. Even though I was wearing a light jacket over it, people still noticed. I could feel my eyes watering up as all I could think about was bad publicity. But I maintained my composure and pretended nothing was wrong. Most people didn’t even realise there was a malfunction – my expressions didn’t give it away. That was crucial. 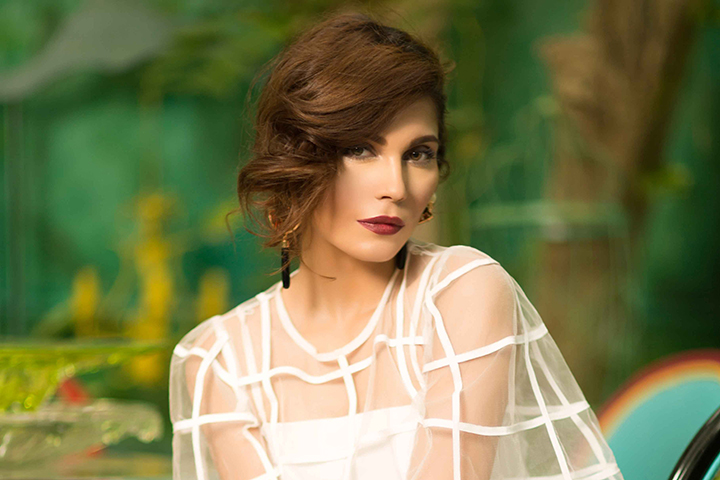 What do you think is the hardest part about being in the Pakistani fashion industry?
AB: The nature of the industry is unkind. They don’t care who you are; they can pass a rude comment at any time, even if it’s a good friend or an admirer. Apart from that, they say one thing to your face and say the opposite to someone else. There are too many two-faced people. I really hate that. Lucky for me, I can read lips and I know what people are saying from just a few feet away! [Laughs]

In the past, models didn’t have an avenue to share their lives with the public. Today, social media allows for so much – good and bad, both. What role does social media play for you and your followers?
AB: Whenever I think of social media, I think of bloggers. At any event that takes place in the country, you will notice that bloggers have a few favourites – models they will always feature on their blogs. Only their pictures are taken which makes me feel uncomfortable; a feeling of unnecessary envy arises amongst the models. Apart from that, I feel social media does play an important role these days as it gives us models recognition. If we didn’t have that, we would be known as faces on specific magazine covers or just known as a specific brand’s face. People wouldn’t recognise me as a person or as Amna Babar. So in that way, social media has played a positive role for us giving us our own well-deserved identity. But coming back to bloggers, I do love them all – they’re all very sweet. But let’s see if I’m still their favourite if my downfall ever comes! [Laughs]

If Amna Babar were a movie/TV show character, who would she be?
AB: I’m a huge Bollywood fan so I can relate to most Bollywood characters. A young Amna Babar would be Kareena Kapoor as Poo in Kabhi Khushi Kabhi Gham, and an older, settled and married Amna Babar would be Kajol as Anjali from the same movie. She is bubbly, childish and emotional which is how I see myself when I settle down. I used to be extremely emotional when I was younger but not anymore. I’ve developed a thick skin due to [eye-opening] personal experiences.

What kind of a person were you when you were 12?

AB:Those girls explicitly told me to go away every time I asked them to hang out because I wasn’t cool or pretty enough to them. I was interested in sports as well and tried getting into that group but they didn’t want me either! I guess I was too naïve, and not fashionable or snooty enough. They didn’t want girls like me in their group. But now, times have changed! Now they want to add me on Facebook and somehow be associated with me. Too bad, girls!

“Although I groomed myself in college quite a bit, 12-year-old Amna Babar was very different. I was one of those lonely girls in school who wanted to be part of the cool group of girls.” 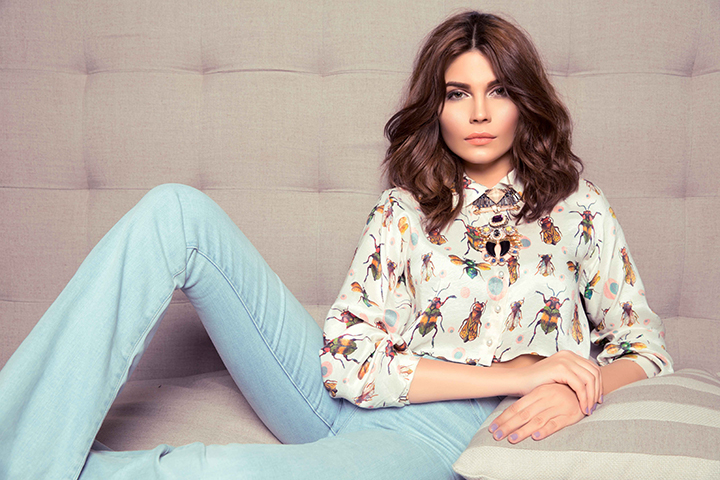 Talk to us about personal style…
AB: My style is effortlessly chic. Even if I spend a lot of time on my outfit, I would like to make it look effortless. I believe that less is more. You’ll see a lot of Boho outfits on my Instagram page.

Who is your style icon?
AB: Victoria Beckham, and I wouldn’t mind David Beckham as a side accessory either!

In your opinion, what are the three necessary staples for the fashionable woman today?
AB: A nice pair of shoes, a well-fitted pair of blue jeans and a white cotton kurta. I also think the small shirt and big shalwar look is also a timeless piece every girl should own.

What was the most recent fashion fad that you wished never existed?
AB: I hate platform sneakers. No. Never. Ever…

Do you have a secret talent that we don’t know about?
AB: I can dance well. Bollywood dances, to be specific! I want to learn salsa one day as well; I’m a big fan. I can also read lips.

A superpower you’ve always wanted?
AB: If I could have a superpower, I’d want it to be invisibility. I would go and listen to people who would backbite about me. [Laughs]

Something no one knows about Amna Babar?
AB: When I get married, I just want to be a housewife and have kids early. That usually shocks everyone.

In your group of friends, are you the crazy one, the spontaneous one, the organised one or the quiet one?
AB: Sometimes I’m the quiet one but most of the time I’m overtly spontaneous. I usually spoil my friend’s plans! [Laughs] Everyone will want to go right and Amna Babar will say left.

Describe your ideal day/night.
AB: I can spend 24 hours in bed, sleeping. I can sleep anytime, anywhere. I can sleep on this chair right now! [Laughs]

What physical trait do you most admire in a man or woman?
AB: I like soft, pretty hands and feet. Nothing too muscular; I prefer lean. 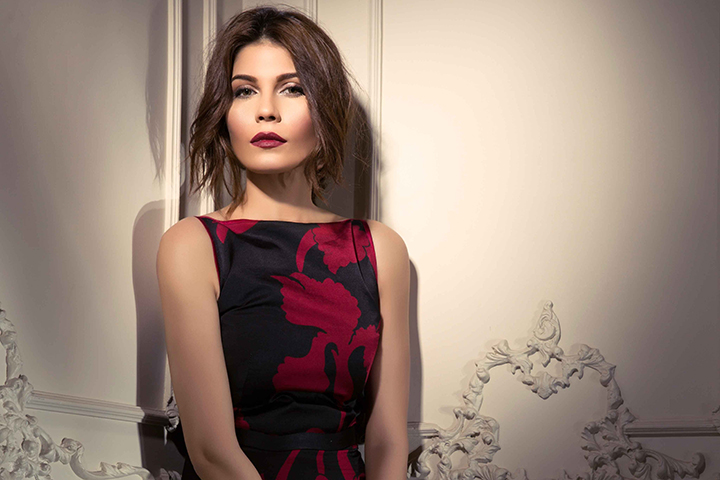 Tell us about your beauty and fitness regime.
AB: I do a protein diet from time to time – only protein, no carbs and lots of green tea.

What are some beauty products you swear by?
AB: I was once doing a shoot for Natasha where I was supposed to be Dracula; I told her I felt incomplete as there was no pink blush! So yes, if there’s one thing I need, it’s my blush otherwise I’m pretty carefree with beauty products. Blush is my oxygen! Oh and I also use Garnier’s eye roller which reduces eye bags and puffiness; I need that as I’m always on the go.

The best advice someone has given you…
AB: A lot of people told me it’s very easy to get fame, but it’s very hard to keep that fame.

“You have to be very hardworking and down to earth. The minute you show arrogance or attitude, you will go down.”

One last thing, we couldn’t help but notice your entertaining Dubsmash videos. Any plans to utilise that talent as an actress?
AB: [Laughs] I am absolutely addicted to Dubsmash! I haven’t ever thought about becoming an actress but if a project is pitched to me and it seems worthwhile, I would consider it. 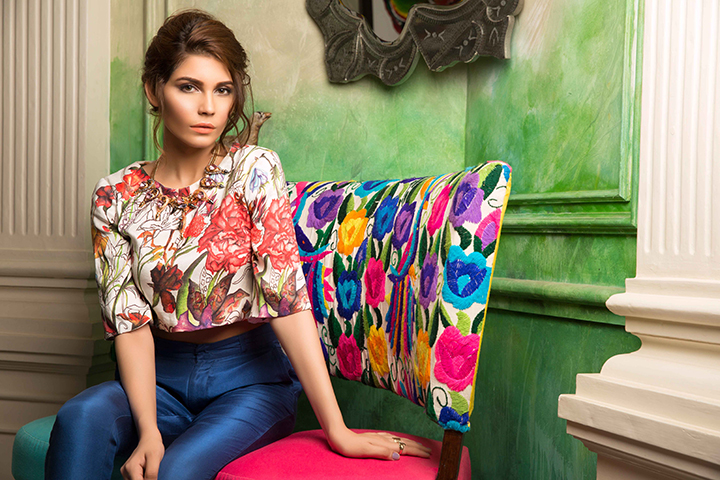 UP CLOSE WITH AMNA BABAR

What would we find in your bag?
AB:Blush, mobile, mobile charger and money lying around in every other pocket!

What was your last search on Google?
AB:I was actually searching for an anti-allergy pill.

The most recent purchase you made?
AB:I just bought Louboutins.

Pet peeve?
AB:When people shake their leg. I can’t stand it. Whenever my brother does it, I say: “Please Babloo, stop.” Yes, I call my brother Babloo. Don’t kill me! [Laughs]

The last song stuck in your head?
AB:Cheerleader by OMI.

The first thing you do in the morning?
AB:Brush my teeth, obviously!

The last thing you do before you sleep?
AB:Remove my make-up. 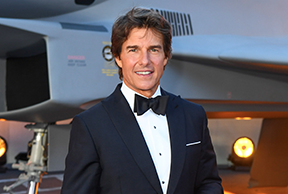 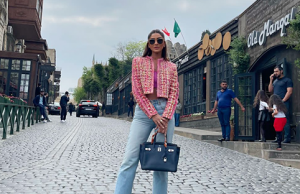 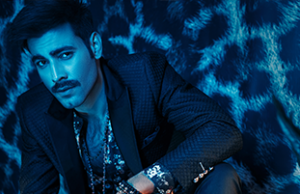 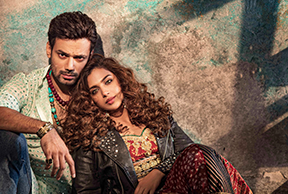