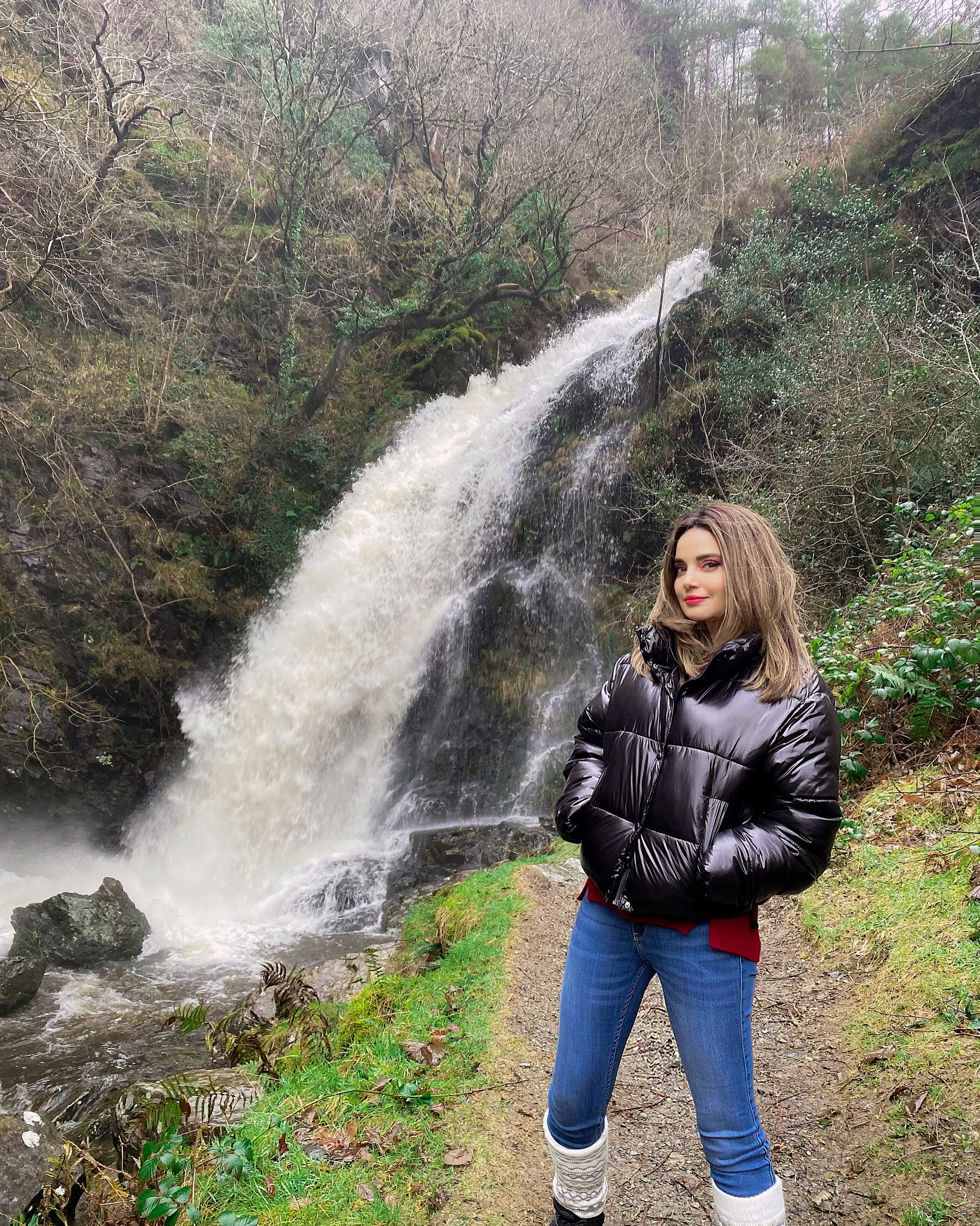 Where did you go?
Armeena Khan: I have been lusting after Scotland for the longest time; I found space in our calendar and away we went just after the Christmas period. We broke our trip into two parts, the first half was spent in ‘The Scottish Borders’ and the second half was spent at a Lighthouse in ‘Dumfries and Galloway.’ We also ended up squeezing in Edinburgh as I had wanted to visit Midhope Castle otherwise known as ‘Lallybroch’ from the series Outlander. Fans of the series will know exactly what I am talking about.

What made you go here?
AK: There is such pressure on people to do something exciting to celebrate the New Year with a party or fireworks. So much time, money and energy is wasted because of the fear of missing out and invariably it ends up being an anti climax. So for a number of years I’ve been try to spend New Year’s away from the crowds and parties. I try and spend it with my husband and contemplate the year that has passed, and plan for the year ahead. My plan this year was to find a lighthouse because I knew it would be quiet and peaceful. It exceeded my expectations. My New Years Eve was magical as I watched the waves crash off the rocks, witnessing the sunset and the beam of the lighthouse swim over the dark water as the New Year began. 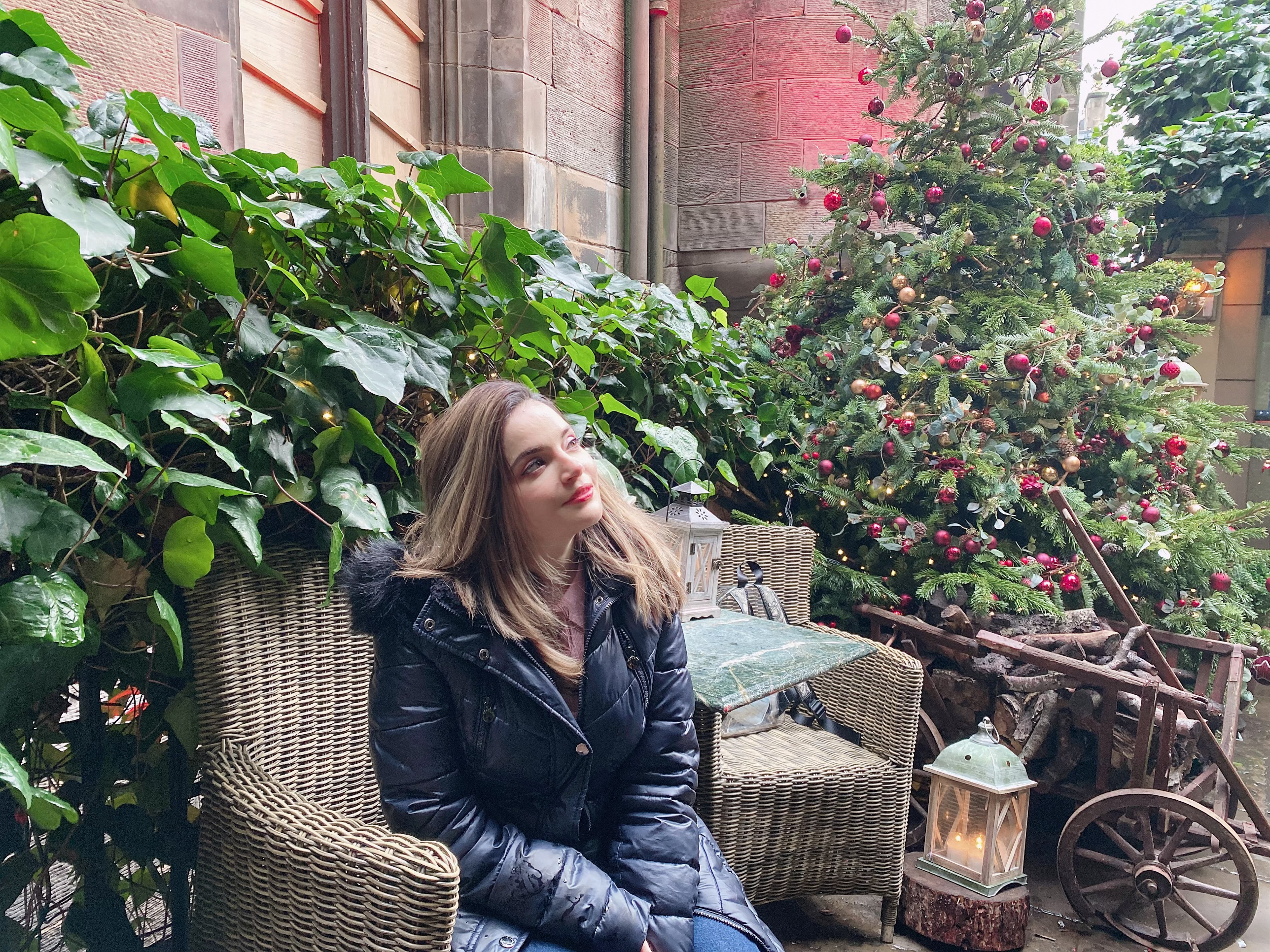 What did you pack?
AK: It is very cold in Scotland this time of the year, so we packed bubble jackets, jumpers and thermal layers with mittens, hats and scarves. It is very hard to look fashionable when the temperatures are in the negative, so I dressed for comfort and wore sensible footwear for miles of walking.

What was your favourite meal/restaurant?
AK: We booked ourselves into the swanky restaurant at the lighthouse itself, where I had this beautifully steamed monkfish with vegetables. It was delectable. It was a stormy night so we could hear the waves crashing against the shore just a few meters away, making it a memorable evening. We also loved the fish and chips lunch from a small village takeout. Fish and chips taste amazing in cold stormy weather. 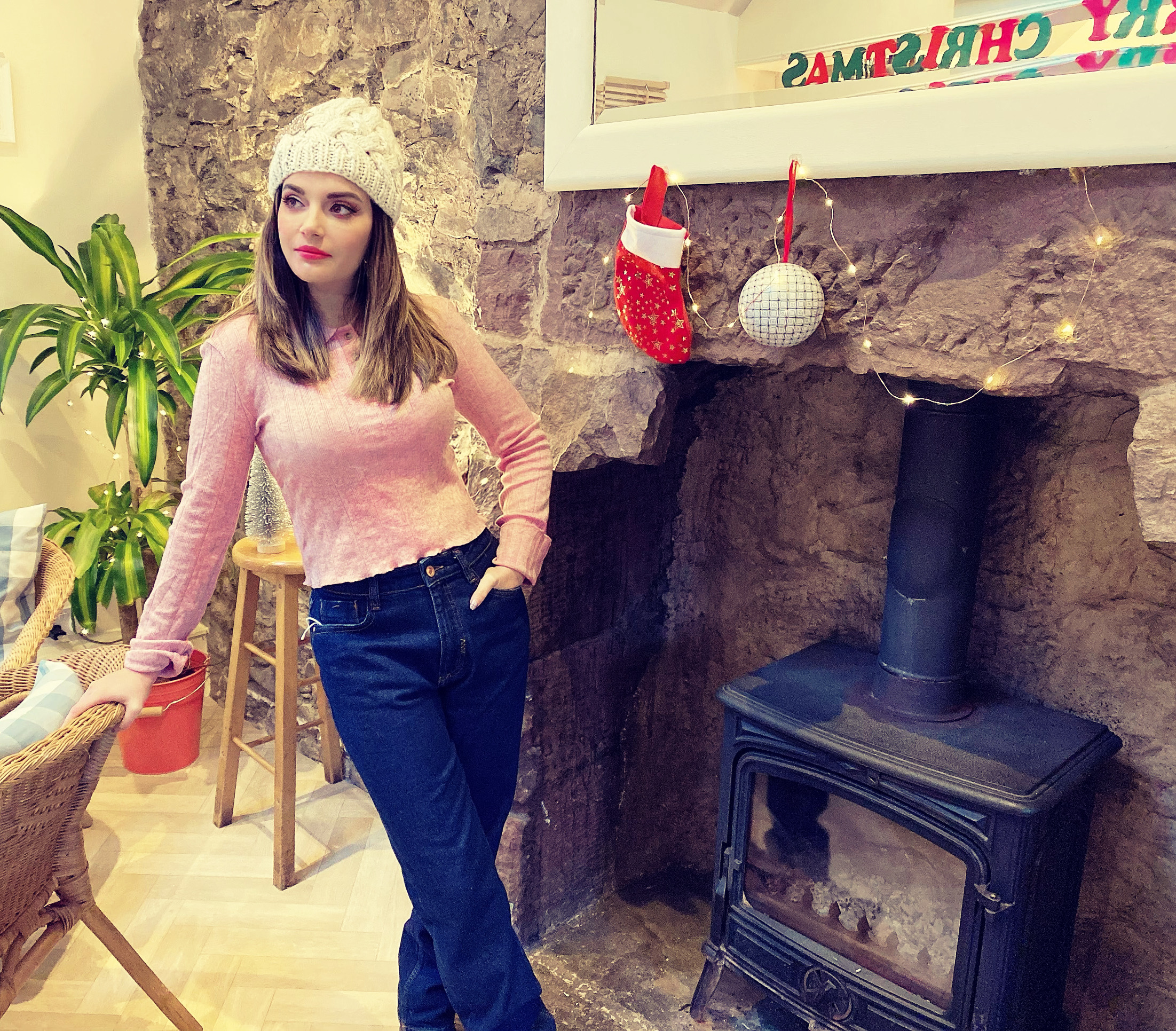 Biggest Highlight?
AK: There were so many breathtaking moments but one, in particular, was driving into the Mull of Galloway (the southernmost point of Scotland) on these tiny roads with zero traffic, clear weather and fresh air. The grass was so green it felt like I was in a movie as I breathed in and thanked God for all my blessings. It is increasingly difficult to find such clear roads, clean air and unspoilt landscapes in an increasingly congested and polluted world.

Favourite Shopping Destination?
AK: In terms of shopping there isn’t much to buy, unless you drink alcohol, which we don’t (as this is whiskey country). There are kilts, bagpipes and haggis but again of no use to us. The only thing we shopped for was coffee; it is difficult to find the regular chains as it is so remote but driving to these little shops was a bit of a chore.

Some sights worth seeing?
AK: Scotland is blessed with breathtaking landscapes and Edinburgh specifically is truly a hidden gem, which looks and feels like something out of a Harry Potter movie. Also, I noticed a lack of itineraries online for Dumfries and Galloway, which I found to be disappointing as it is such a gorgeous place. I feel people just skip it in favour of the Highlands, but it is definitely worth a visit. 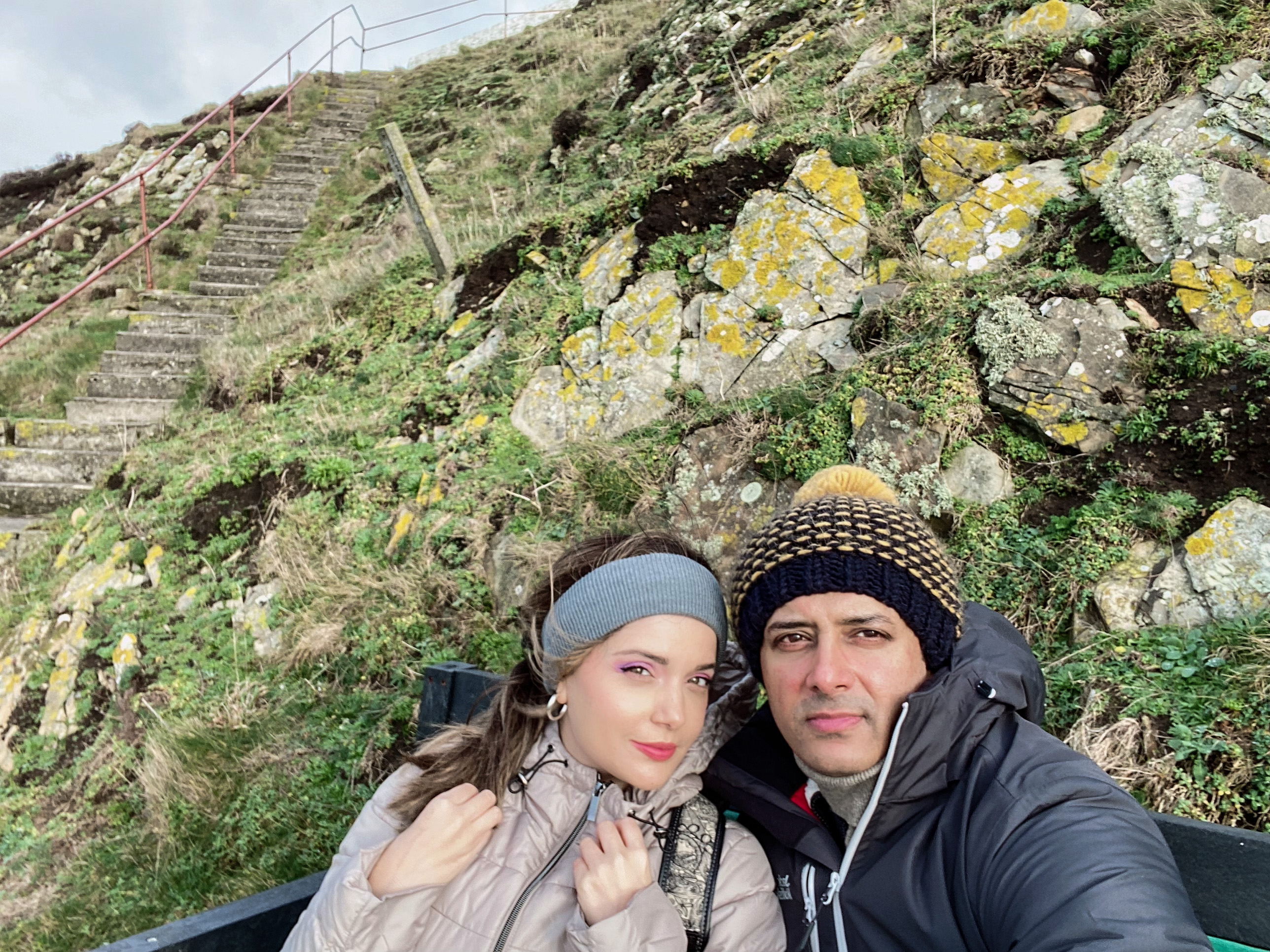 What are some spots for a night out?
AK: I am afraid I am not really a night out kind of a person; give me lush fields, waterfalls, cute coffee shops any day. As my father would say “Early to bed and early to rise, makes a man wealthy, healthy and wise.”

Travel essentials?
AK: A bottle of water, sunblock, lots of thermal underwear and warm woollies if travelling in cold weather, and if in the U.K, pack an umbrella or raincoat. 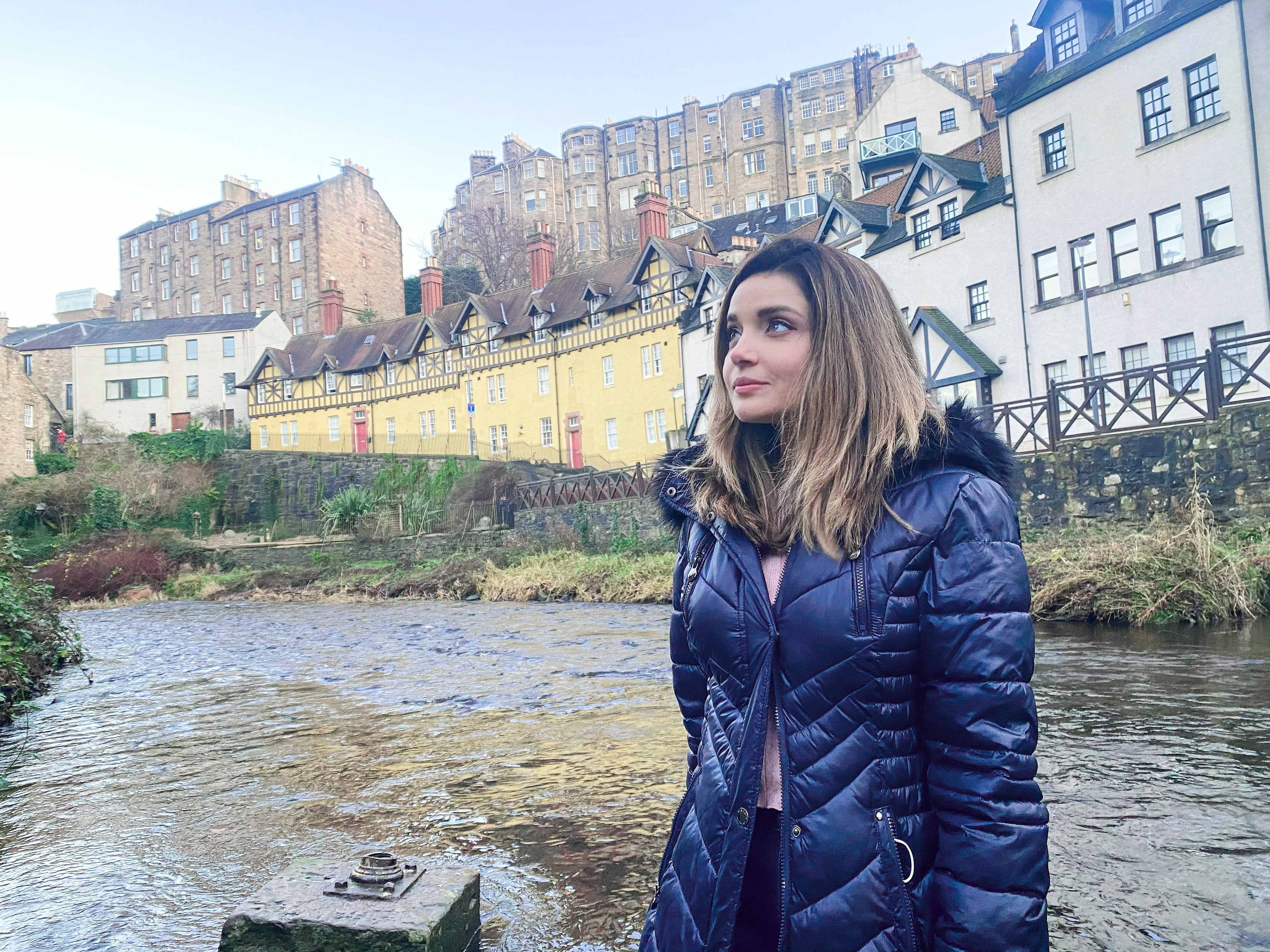 Travel tips?
AK: I would suggest always researching the area being visited in detail. There are usually hidden gems not advertised so you will have to look a little harder for them. For example, I found a thousand-year-old Abbey in the middle of the peninsula and that was an amazing experience.
Also, always have an itinerary for each day of your holiday. I am a meticulous planner almost to the point where I have my day planned by the hour, you might choose not to do that of course. If there are films or books set in the area then do read or watch them to get you in the mood. Also, if you can write a journal to go with your photos then you will thank yourself 30 years later when pouring over your memories.