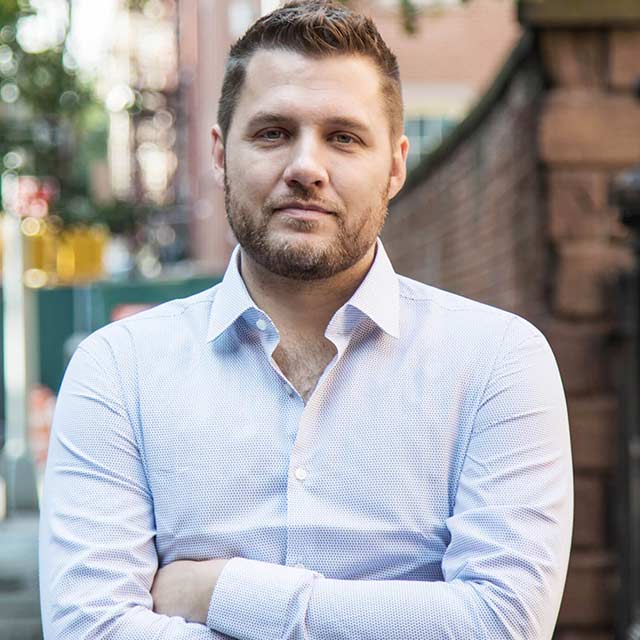 Ladies and gentlemen, after leafing through the pages of the notoriously and the humorously written eye opening book The Subtle Art Of Not Giving A F*ck, I was highly incited to lay my eyes on the next masterpiece of the modern American writer Mark Manson When Everything is F*cked: A book About Hope. Mr. Manson is a self-help author, an innovative entrepreneur, and a persuasive blogger. You can find his profound work veneered by his proverbial style at his website https://markmanson.net.
In the newest book of hope, Mark Manson has laid a psychological caricature of a thought process and before explaining the core concept of hope, he has beautifully penned down the process of our mindset. While reading this book, the audience will come across various surprising stories of people related to anticipation and thinking, which have sedulously been selected by the author in order to exemplify and display his concept in the most concise and succinct manner as possible. He has stressed upon the fact that while pain is inevitable, our negative reaction to it is a choice for everything is a game of emotions.
The book consists of nine chapters divided into two categories; the first one dissecting and explaining the uncomfortable bleak truth and the second one giving the guidance to go through it. The book proves to be a piece of modern psychology with real life examples, all explained in a colloquial way while containing several slangy American terms that one would often expect in Hollywood modern adult comedy movies of Ice Cube, Adam Sandler, and Zach Galifianakis. The author’s theme of deliverance can be observed as a compelling combination of narratives, followed by expository, and then persuasiveness.
The first chapter begins by the author highlighting his concept of today’s reality – how hope is assumed nowadays, how our mind develops hope, and the paradox of our advancing society.
There’s a story of a Polish rebellion, which consists of all his endeavors – from his acts of intentionally getting caught to all of his efforts of creating a resistance within the highly monitored prison of Auschwitz. All of his attempts ended up in smoke as no one came to the rescue, yet he hoped and hoped and hoped.
Mark explains how we give importance to something and create an illusion that this thing would mean the world to us but in actuality, it bears zero significance as compared to the vast expanse of the universe. It’s all in our mindset and way of thinking through which we discriminate between the crucial and trivial.
When we fail in accomplishing our goals we feel sadness or anger, which means we still hope to achieve it now or some other day. The opposite of happiness is not sadness but hopelessness. He furthers says that religion is one of the biggest sources of hope for people from any uncomfortable truth.
And though we have progressed and become secured physically, we have become more vulnerable mentally which means zero progress because true advancement would be a healthier state of both, physical and mental.
Mark Manson again highlights a story of a person named Elliot and how his life changed from a hero to a zero due to emotional imbalance. He discusses our two brains (emotional and rational) and their relation in a great eloquent, hilarious and casual manner, which I found to be one of the best parts and is a must for everyone to read. He further drags this concept to more than one chapter. 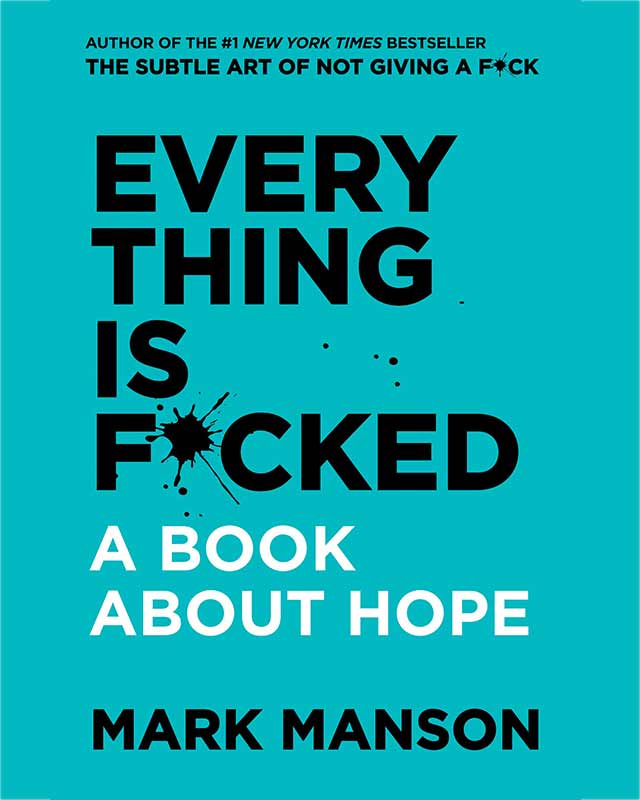 The author refers to Newton’s Three Laws Of Emotions “1) For every action, there is an equal and opposite emotional reaction 2) Our self-worth equals the sum of our emotions over time 3) Your identity will stay your identity until a new experience acts against it.” This section has proven to be quite eye opening and is again entirely in casual form. I got through it while each surprising fact struck me. It is also one of my favourite sections of the book.
The number one selling author turns a little bit controversial as he refers to the religions. He gives a guide of establishing one’s own religion, which might seem unconventional and controversial to many. He states the two types of morality (Master and Slave), which again have been explained in an impactful and eloquent way.

“In the newest book of hope, Mark Manson has laid a psychological caricature of a thought process and before explaining the core concept of hope, he has beautifully penned down the process of our mindset.”

The best feature about book was actually the writing style. As mentioned earlier, Mark Manson’s casual penning style is more than just merely amusing. He aims to target the most loved style of today’s people. It’s hilarious, it’s sarcastic, and it’s superbly entertaining, even at the most serious parts. The reader can easily get captivated and fall into Mark’s way of deliverance for he has chosen the jargon of the passionate youth.
“God is dead” is another controversial term first given by the German philosopher Friedrich Nietzsche for relating the crises of how we have stopped believing in the almighty and have rapidly embraced atheism. Mark Manson points out how the world is driving towards nihilism by being materialistically progressive, yet spiritually corrupt and debauch due to our waning faith (I was alarmed after reading it at first but the curiosity kept me going until I came to the elaboration of the reason behind quoting such a bold expletive – “God is dead”).
He emphasises on how pain serves as a value and how the world would be far worse once pain becomes extinct. The US author speaks of an “antifragile” form in which a person or a relation strengthens while going through the most arduous and tormenting stages of life and development.
He writes,“When we deny ourselves the ability to feel pain for a purpose, we deny ourselves the ability to feel any purpose in our life at all.” And becaues people always have something to worry about in their lives there’s a minimum chance of hundred percent pain termination for it’s a grand part of us.
The second category, which contains the last four chapters are what I found more intriguing. The modern writer offers ways of dealing with hope, which was the core topic of the book.
I would conclude that this book of hope is not what a typical book of hope would sound like. It’s knowledgeable and entertaining, and although it does not make you hope for a better world, it guides you profoundly on how to handle your emotions while accepting that everything is “F*cked”. It principally boasts the importance of emotional intelligence and thinking smartly in the present. It does not persuade you to hope for the world to change, it persuades you to hope for yourself to change while embracing the puzzling world. The blunt truth and how you should live by it or maintain some kind of serenity for the things you can’t change is the main essence of this book.
The book does a wonderful job for emotional handling by being brimmed with psychological content, and Mark Manson even goes on to describe the threat of how artificial intelligence can rule over our lives in the future. That is the ultimate bleak truth.
I am moved by the book and felt it was definitely worth reading. Although some topics have been stretched too long, I would give this book a thumbs up and would recommend it to anyone out there who is remotely anxious. 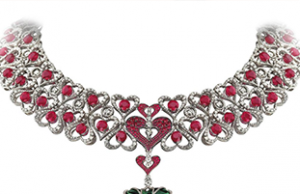 HEARTS ON MY MIND 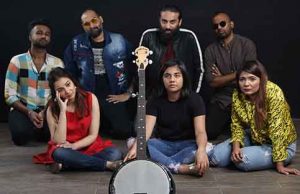 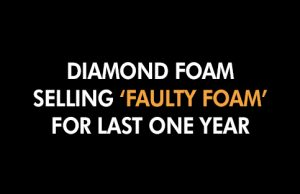 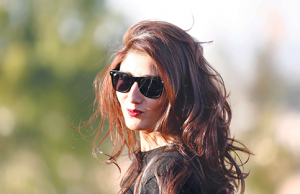 UP CLOSE WITH FATIMA BUTT 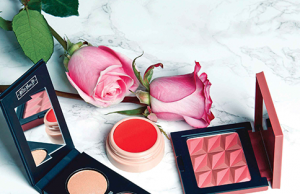