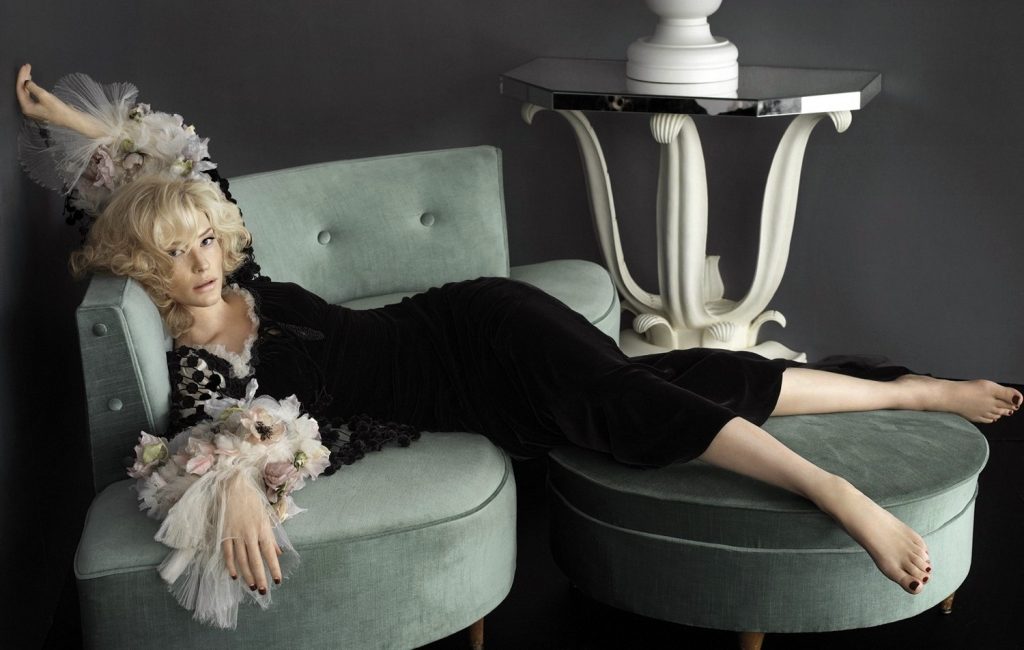 Cate Blanchett has played a wide variety of roles in her career – queen (Elizabeth 1), heiress (The Talented Mr Ripley), famous 30s Hollywood star (The Aviator), and neurotic wife (her Oscar winning performance in Woody Allen’s Blue Jasmine. But she’s never played a psychoanalyst before nor has she played in a film noir. That made the prospect of appearing in Guillermo Del Toro’s Nightmare Alley, which opened in UK theatres on Jan. 21st, an interesting challenge.  Blanchett plays Dr. Lilith Ritter, a shrink who spends most of the film trying to get inside the head of Bradley Cooper’s conman character Stan.
“Like all femme fatales, she’s deeply ambiguous and unknowable and mysterious,” Blanchett says. “Guillermo wanted Bradley’s character to have met his match. The driving force in the story is to get Stan to a point where he has to confront himself and probably the greatest moment of terror in the movie is when he is forced to see who he really is.”
Nightmare Alley is a remake of the eponymous 1947 classic starring Tyrone Power that was adapted from William Lindsay Gresham’s 1946 novel. The plot revolves around Stanton Carlisle (Cooper), a shady, ambitious drifter posing as a mentalist who hides dark family secrets while working at a carnival. He manipulates his co-workers in pathological fashion and that is what makes the cat-and-mouse game between Blanchett and Cooper especially tense and captivating.
Cooper and Blanchett headline an ensemble cast that includes Rooney Mara, Toni Collette, Willem Dafoe, Richard Jenkins, Ron Perlman, and David Strathairn.
The 52-year-old Cate Blanchett has been riding out the coronavirus lockdown in her Sussex countryside estate together with her husband of 23 years, screenwriter Andrew Upton, 54 and their four children, Dashiell, 20, Roman, 17, and Ignatius, 13, and six-year-old adopted daughter, Edith.

How do you see the parallels between your character Lilith and Bradley Cooper’s grifter con artist Stan?
CATE BLANCHETT: She’s a lone wolf and that’s where she and Stan connect. They are both running from the past, and they can see a similarity between them. Lilith is also someone who’s interested in both the practical and mystical sides of psychoanalysis, so that’s part of why Stan intrigues her. She’s trying to work out what makes him tick as she’s a bit of a shaman herself. Their entire relationship takes place in her office and we saw the set as being not just a physical space but a psychological space.
In a way, Lilith’s office is where Stan is finally vulnerable. There are a lot of destructive urges in Stan that have a parallel in Lilith. It’s a manipulative, deceitful dance between them… and these things rarely end well.

Is it fun playing a psychoanalyst who is also in some respects a femme fatale?
CB: There is a richness and a texture to Lilith that is not present in typical femme fatales who draw men to their destruction. Any good therapist or psychoanalyst has to be a good reader of people and have a radar for the truth and when someone is avoiding the truth and the pain of the truth. Confronting the truth is one of the bravest things we can do as individuals and as a species which we are clearly not doing at this moment…Lilith understands that process.

What did you make of the film noir-ish atmosphere of the story and the way director Guillermo Del Toro takes audiences back to late 30s America?
CB: Guillermo did a deep dive into the patois of the 30s and 40s and sometimes you feel they’re speaking another language entirely and there’s a code they understand. The circus has always been on the margins of society because we know it’s a place of mysticism and trickery and people who are not welcome in other parts of society…The way the characters speak adds to this sense of finding ourselves in a very strange setting and with people who are really outcasts.

Was it difficult for you to get inside the head of your character Lilith who would appear to be very different from many of the other characters you’ve played in the past?
CB: Contrary to popular belief, when I am deciding to take on a role I never think about how much of myself I might be able to invest in the character or whether I see any similarities. I’m not interested in bringing my private experience to a film, but rather in bringing the experience of the character I’m going to play to the service of the story. 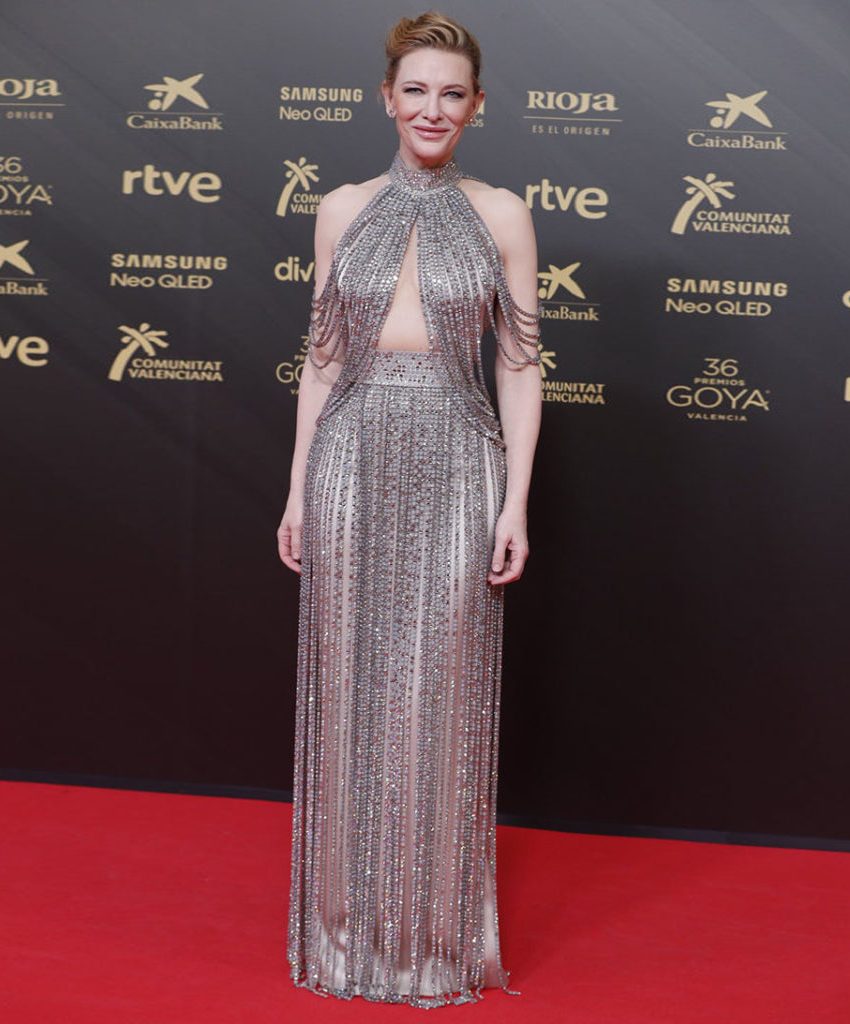 During your career you’ve played a wide variety of roles including some fairly risky or unconventional choices. Is that part of what keeps motivating you in terms of your acting career?
CB:  I like the unknown factor when it comes to choosing a role or a project. I usually rely on my instinct in the sense that if I know right away how I can interpret a character I’ll usually turn it down because I find it too predictable or I feel like I’ve been there before.
When I look back, that’s why I agreed to play Bob Dylan (in Todd Haynes’s I’m Not There) or the part of Carol (in Carol). Not only is there some risk involved but there’s also this excitement that comes from exploring new territory and I love to surprise myself. If I started to think about the potential downside if things don’t work out as well as I hope they might, I would probably be so terrified that I wouldn’t take those risks. But I don’t know any other way of working.

When you’re not working, do your actor’s instincts still stay active in the sense that you try to observe people?
CB: I like watching other people shop when I go to the supermarket. Also, when I take my children to the park to play, when I’m sitting down I’ll find myself analysing what other people are doing or what they might be thinking about.
All those things feed into your actor’s mentality and how you’re in the habit of thinking about human behaviour and psychology. That’s a huge part of your process as an actor. 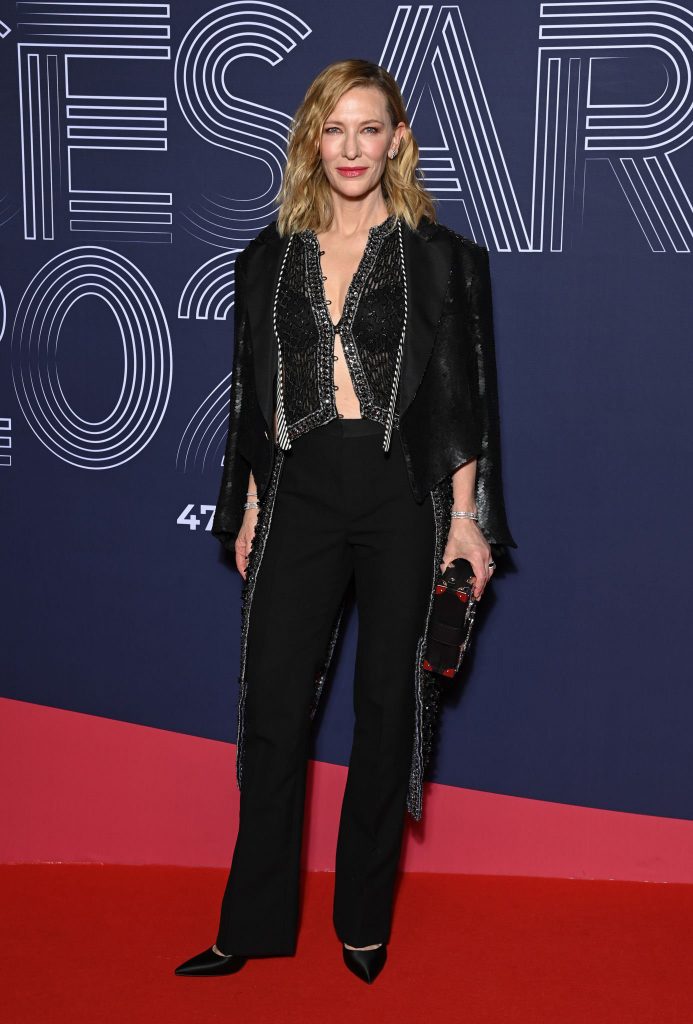 You’re working more than ever these days. Do you worry like most working women about balancing your career and life as a mother?
CB: I’ve never tried to find any balance because it’s impossible. You’re always going to be adapting yourself to your children as they evolve, as you evolve, and struggling to keep pace with everything. I have accepted that life will be chaotic and confusing and there’s no point in trying to do everything perfectly.  I love the fact that my kids allow me to enjoy a very grounded life that takes me far away from the kind of imaginary world you get to live in as an actor…
Your children don’t care about how many hours you’ve been on a set or how difficult or emotional your scenes have been that day – you have to check all those things at the door when you go home.  Your children need your attention and love and you have to be there for them.

Do you still find it stressful at times to look after a big family?
CB: No, not any more than the usual kind of things that all parents deal with. I’m just looking to do my best and not put too much pressure on myself or live with a lot of anxiety. I’m a very loving mother and I try to do whatever I can to see that they have a happy life.