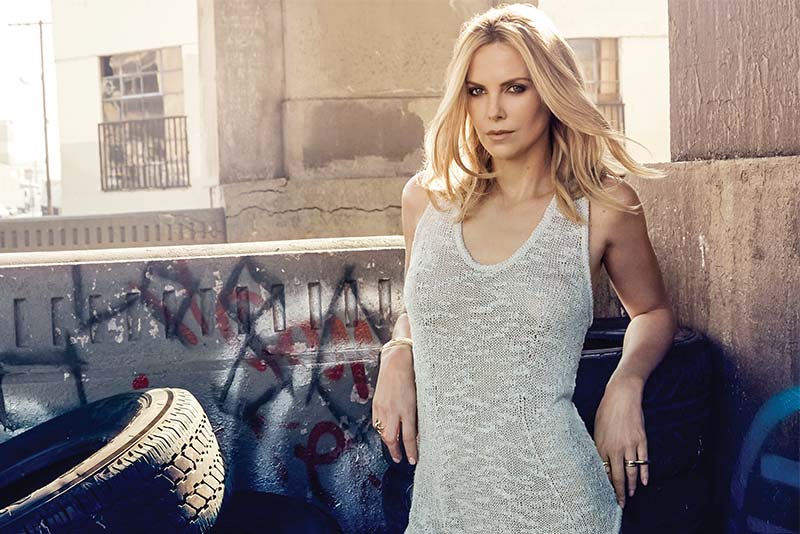 Charlize Theron has long had a reputation for being a tough, independent-minded woman. She’s even admitted that she’s probably best known for portraying unsympathetic female characters. Now she’s taking on the role of Megyn Kelly in Bombshell, a film in which she plays controversial former Fox News anchor-woman who, together with Gretchen Carlson, helped bring down Fox News chief Roger Ailes and brought an end to rampant sexual harassment at the network. Nicole Kidman (Carlson), Margot Robbie, and Alice Eve also co-star in this hard-hitting drama directed by Jay Roach (Trumbo, Recount).
Despite Kelly’s reputation for abrasiveness, Theron had no hesitation in playing her, however: “Megyn Kelly, of course, can be incredibly polarizing. People either love her or they hate her. She makes no excuses for that. Those are the rules that are handed to me. I have to obey by those rules. I would be lying if I didn’t say I can relate to being a woman, on a different degree, experiencing those same thoughts about me. I’ve heard people describe me as cold, or hard, or a bitch.”
Added Theron: “I’m always so interested when we can have some kind of transparency of what it really is to be a woman in all of the complexities, all of the messiness. That’s when we’re telling the truth of who women really are.”
That kind of bold attitude is what makes Theron such a compelling performer whose past work includes Atomic Blonde, Tully, The Fate of the Furious, Mad Max: Fury Road, Young Adult, The Burning Plain, and of course Monster, the 2003 film which earned her a Best Actress Oscar.
Recently, however, Theron decided to lighten up her acting repertoire by appearing in Long Shot, co-starring Seth Rogen, her first-ever rom-com that earned her glowing reviews for her latent comic talents after it was released earlier this year.
The 44-year-old Theron makes her home in Los Angeles with her two adopted children, son Jackson, 8, and daughter, August, 4. In person, Charlize is both light-hearted and focused as she reflects on how her life and career have evolved in recent years since becoming a mother.

How do you view the double standard that seems to apply to tough-minded women in the workplace who are judged much more harshly than men for similar behaviour?
CHARLIZE THERON: In this story, which is not an isolated case, it’s very common that when a man is seen as ambitious, it’s a good thing but if a woman is seen that way she’s probably seen as a bitch. So we’re taking that word back. We get to say that word now! That is a systemic problem of how women are perceived in the workplace.
I relate to Megyn Kelly’s ambition and her drive and her need to reach her full potential and how those qualities can be turned on you so quickly if you step just a little out of place.

What’s interesting in the story is that the various women at Fox News didn’t necessarily coordinate their efforts to fight sexual harassment at the network?
CHARLIZE THERON: Yes, there is a complexity in the fact that these women didn’t come together and look after each other. But they all had to deal with different circumstances and Megyn Kelly’s situation was so different from that of Gretchen Carlson and all of that comes into play when you have to think about [how to deal with] sexual harassment which is not an easy conversation to have.
Nor is it an easy choice to come forward and speak out because you’re probably going to get ostracised and end up paying a huge price. But thank God we’ve had women who were strong enough to make that decision and put themselves out there.

It wasn’t easy though for Megyn Kelly to finally rebel against Roger Ailes?
CHARLIZE THERON: One of Megyn’s biggest struggles [in coming forward] about Roger Ailes is the power of seduction [that men exercise in the workplace] because he invested in her fully and gave her great advice and she always admits that she got where she is because of his support and belief in her. But that power of seduction and dance that happens for a really long time and before you know it you [as a woman] are in a place that you can’t even prepare yourself for and that’s the real danger.

“It was exhausting playing Megyn Kelly.”

Did you stay in character while playing Megyn Kelly during the shooting?
CHARLIZE THERON: No. It was exhausting playing her and I hurt my vocal cords pretty badly in doing Megyn’s voice because she speaks really fast and has this deep register. I had to take three weeks off because I busted my vocal cords.
But I could never stay in character anyway and I don’t know how people can do that. I’m too lazy. I have to raise kids and dog shit to pick up so I wouldn’t know how to do that in character. It’s so exhausting! [Smiles]

What kind of an effect can a film like Bombshell have on public attitudes?
CHARLIZE THERON: Emotionally, we have just reached a point that makes me more optimistic about the future because now it’s clear that there will be real consequences for bad behaviour.
That’s because of the many courageous women who no longer wanted to be silent. And then finally there is the public response to that has resulted from the media being more alert in listening to women’s voices. And the more that society condemns powerful men like Harvey Weinstein for their misconduct towards women, the more likely that men will think twice before engaging in that behaviour. 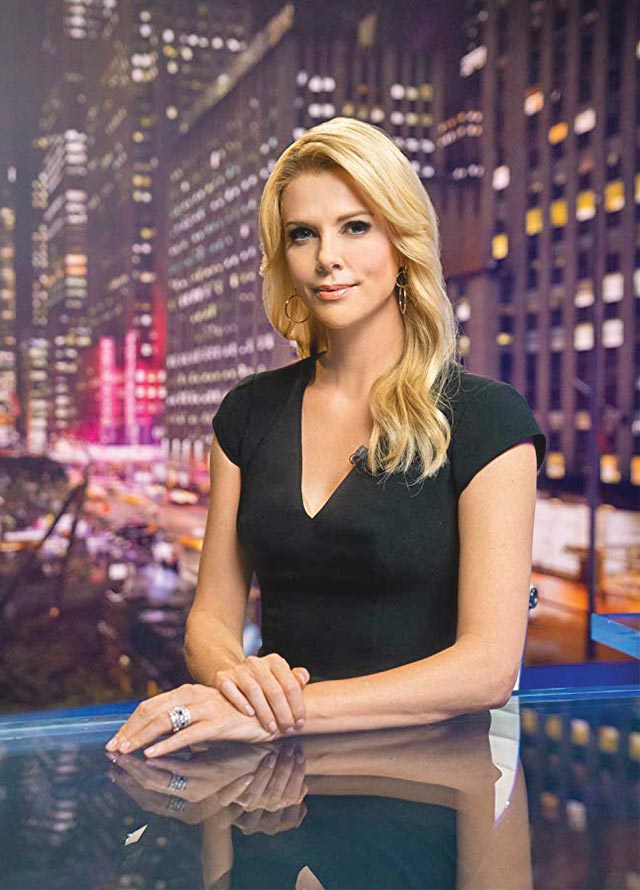 Are men solely to blame or are women also complicit to some degree?
CHARLIZE THERON: No. There are also women who are complicit. The Ghislaine Maxwells of this world. She has actively recruited young girls and fed them to Jeffrey Epstein. She knew exactly what she was doing. Women are just as complicated as men. Therefore, it would not be a solution to simply say that we should change our society and only women should be able to exercise power and be leaders. But what is needed is true gender equality. Only then can grievances be addressed openly and subsequently corrected.

“I won’t allow myself to give up, I’ll just work harder and wait for the next opportunity.”

What kind of experience did you have as an attractive young woman making your way in Hollywood?
CT: I had to prove to everyone that I knew what I was doing. As a young actress you are always in a situation of having to defend yourself against unfair perceptions and harassment. It’s an exhausting rite of passage which I hope women can one day finally leave behind. Women shouldn’t have to prove themselves a thousand times over to show what we’re worth. We should be free to express ourselves without living in a climate of fear of being judged unfairly.

As a mother of two, do you feel like a prime example of how to balance children and a successful career?
CT: No more than other working mothers. Seriously, when it comes to raising my children, I do my job as well or as bad as other mothers. But it always reassures me, whenever I start doubting myself, to know that I’m not the only one who wants to be a good mother, and who still wants to maintain her independence as a career-minded woman.

Have your children in some way taken after their mother’s spirit and sense of independence?
CT: My two children have grown up under the same roof and with the same rules, yet they are two profoundly different individuals. One is more sensitive, the other is kind of pugnacious.
We parents always believe we can influence them and shape them according to our wishes – what an illusion! For me, following their development is a priceless experience. I always listen to them and I try to provide them with the principles necessary to grow in harmony with others. 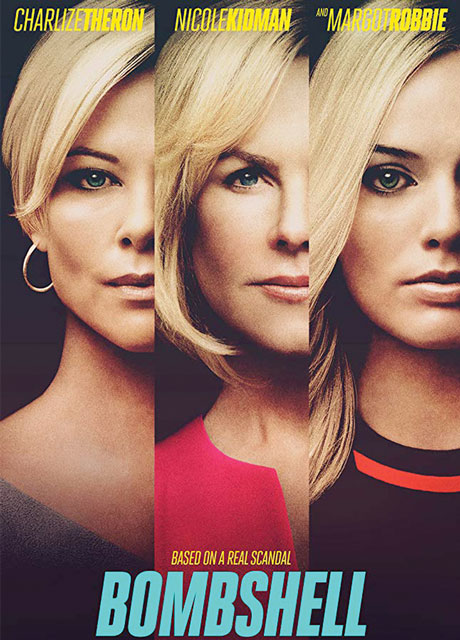 What kinds of qualities do you think have helped you survive and thrive in the entertainment industry which can be a very cruel and unforgiving place?
CT: A lot of drive and determination and the refusal to give up when the odds are against you. I think that most women who have been raised in South Africa have these qualities. Even as a little girl I was taught by my mother to face up to challenges and not run away from problems. That’s why I’ve never been someone who has crawled into a shell after things have gone wrong. I won’t allow myself to give up, I’ll just work harder and wait for the next opportunity.

“I’m a pretty happy person and there is nobody in this world that can make me laugh more than my two children.”

As opposed to many of your screen alter egos where you play very tough or no-nonsense kind of women, you seem much more light-hearted in person and you’re often smiling and making jokes when you do interviews?
CT: That’s my true nature. I like to laugh, I like to be able to enjoy myself and have a good time in life and not think negatively. I love being able to drink a good glass of wine and not take things too seriously. I also feel lucky to have this gift where I wake up every morning feeling grateful for the kind of life I have. I’m a pretty happy person and there is nobody in this world that can make me laugh more than my two children.