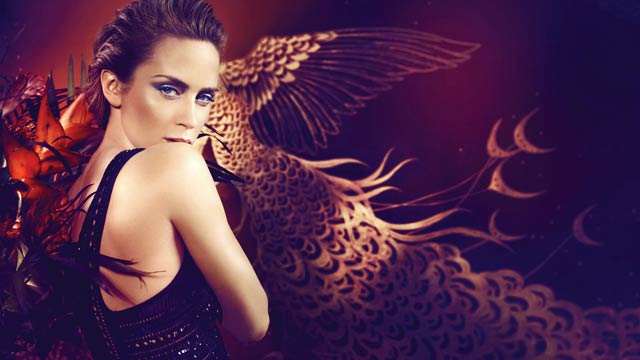 Emily Blunt has a devilish laugh to match her ebullient personality. The lithe British beauty is a sassy, happy-go-lucky woman whose spirit is infectious to anyone who has the good fortune to make her acquaintance. She loves to go wild at karaoke bars where she admits to occasionally having had “a few” too many drinks while belting out pop songs with considerable panache.
Now audiences are about to see Blunt in A Quiet Place: Part 2, seeing her return to her role as Evelyn Abbott and the eerie apocalyptic world where she and her two children must once again struggle against the mysterious, ravenous aliens who rely on their heightened sense of hearing to track down their human prey. Although Evelyn’s husband Lee (played by Krasinski) died in the original, audiences will be desperately anxious to see how the Abbott family (joined now by Cillian Murphy) copes in the hostile environment. Interestingly, neither Krasinksi nor Blunt had originally anticipated the possibility of a sequel, but the success of the original led Paramount to make them an offer they couldn’t refuse.
“We were aware that the studio was probably going to make a sequel, with or without us,” Blunt explained. “There was a sense of protection of this baby that John had created. And I think that ultimately he was always going to maybe grandfather the next one – but we were both very steadfast about not being involved. And then all of that mad reaction [to the first film] happened and he was suddenly like, ‘I have an idea. I don’t know. It’s just the beginning of an idea…’”
Blunt was also convinced that audiences would be anxious to return to the eerie world that her husband had created: “I think people feel very invested in this family…I think it’s such an open book right now, and certainly for John…And he was also very excited about the possibilities that were open to him in taking the story further.”
The 36 year-old Blunt, also known for her work in Sicario, Edge of Tomorrow, and of course, The Devil Wears Prada, lives a comfortable distance from L.A. in the city of Ojai where she and her husband prefer to raise their daughters Hazel, 5, and Violet, 3, in a pastoral setting amid sprawling vineyards. Later this summer, Blunt will co-star opposite Dwayne The Rock Johnson in the big budget Disney family adventure film, Jungle Cruise.

“My children are my refuge, they are my really quiet place”

The original A Quiet Place was not only a spectacular success that no one in the industry expected, but it also brought you and your husband together in a project for the first time?
EMILY BLUNT: The idea of doing theater together was already something we had been discussing. And for several years the studios had been sending us scripts for romantic comedies which would have given us the opportunity to play in the same movie, but somehow we were always particularly careful when it came to intruding on each other’s work.
We didn’t want to tread on each other’s territory and I wouldn’t have felt good about it if I had the impression that John was playing a role in a film just for my sake. I was certain that we needed to walk a fine line in this regard and he felt the same way. That’s why he didn’t ask me to play the main role in A Quiet Place at first. Instead, he waited until I asked him if I could do it.

Why do you think is it about the kind of atmosphere this kind of movie creates that has so enthralled the public?
EB: The true heart of the film, in my opinion, is the relationship between the members of that family. And what makes this so much more intense and personal is that this relationship has to be shown with gestures and not with words. And because the film is about love, it doesn’t need to express itself in words. You can look back to the example of the great actresses of the silent movie era and how they were able to convey such extreme feelings as happiness, sadness or terror simply with their expressions. So in a way we were going back to that era.

How do you personally, as a mother, view the overall message of the story?
EB: I see the setting of the films as a metaphor, or as a series of metaphors. I have my vision and each spectator will have their own vision and understanding of the story. I think of it as an allegory about the fears that mothers and fathers have regarding our children. Even though I know that there will be no extraterrestrial invasion, I still have this irrational fear that something bad could happen to my children. Every parent carries that worry around with them. My children are my refuge, they are my really quiet place.

Does working with your husband ever make you worry about creating tension between yourselves given the pressures of acting opposite each other and also being directed by your spouse?
EB: Yes, of course. And in the first Quiet Place we had no idea beforehand how things would work out on the set between us. We had been looking for the right thing to work on together for a long time. We also knew from our experience working with other people and hearing about other couples’ experiences acting together that you can never really tell in advance whether you’re going to have that rhythm and comfort you want to have.
But once we finished the film we had this very good and gratifying feeling about the process. We were really thrilled to see how we respected each other and cared for each other while shooting the movie that was on a totally different level from our marriage. 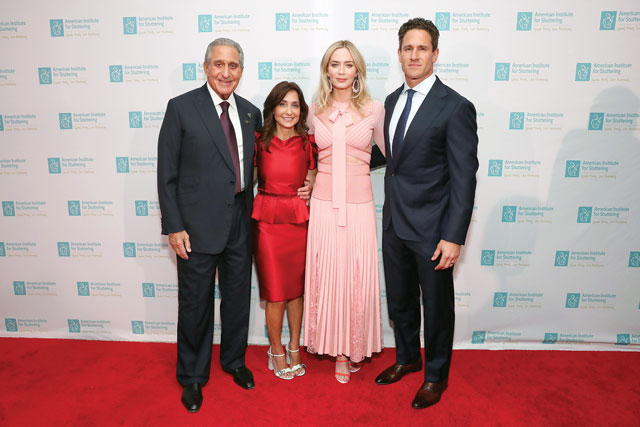 Did you try to separate your home life from your work life while shooting the original?
EB: Of course, you try to do something like that. But in the end we couldn’t prevent the film from completely determining our life for two years. We drove to work together in the morning and then back home together in the evening, and after that we drank whiskey together in order to process this really dark story.
But above all, the film was not just John’s baby, but also mine. Because he involved me so much in artistic decisions that I also became his creative partner apart from being his lead actress.

You’ve been together with your husband John Krasinski for over a decade now. Actor couples often have a poor track record when it comes to longevity. How have you managed to enjoy a successful marriage?
EB: We’ve always been able to talk to each other and discuss everything together. Being very open and talking and not hiding any worries or concerns is so important, I think. I also think it’s an advantage having someone in your life who understands the kind of things you go through in our profession.
We also try to be very supportive of each other and we know that we always have each other to rely on and make each other feel very loved and appreciated. It’s a beautiful feeling.

What kind of father is John?
EB: He’s a very good father and that’s been a great source of comfort to me because it’s not always that easy to pursue a Hollywood career when you’re raising young children and have to be working on movie sets for months at a time. He’s great at making sure there are always fresh bottles of milk and fresh food in the house. Just those little things makes such a big difference.

“The film was not just John’s baby, but also mine.”

In what ways has becoming a mother affected you?
EB: It changes your world completely. You become a different person because you look at your choices from a very different perspective. Whenever I’m considering a project I always think of how it’s going to affect the lives of my daughters. I only choose films now that I definitely want to do and even then I have to really love the story and my character because when your children are so young you have such a strong desire to be with them as much as you possibly can.
That’s why I nearly passed on Sicario because I was still feeling very vulnerable and so close to my daughter Hazel after her birth that I didn’t want to play in a very violent film about Mexican drug cartels. But once I did it I realised that becoming a mother gives you so much more strength than you thought you had. You learn that you’re actually much more capable than ever. 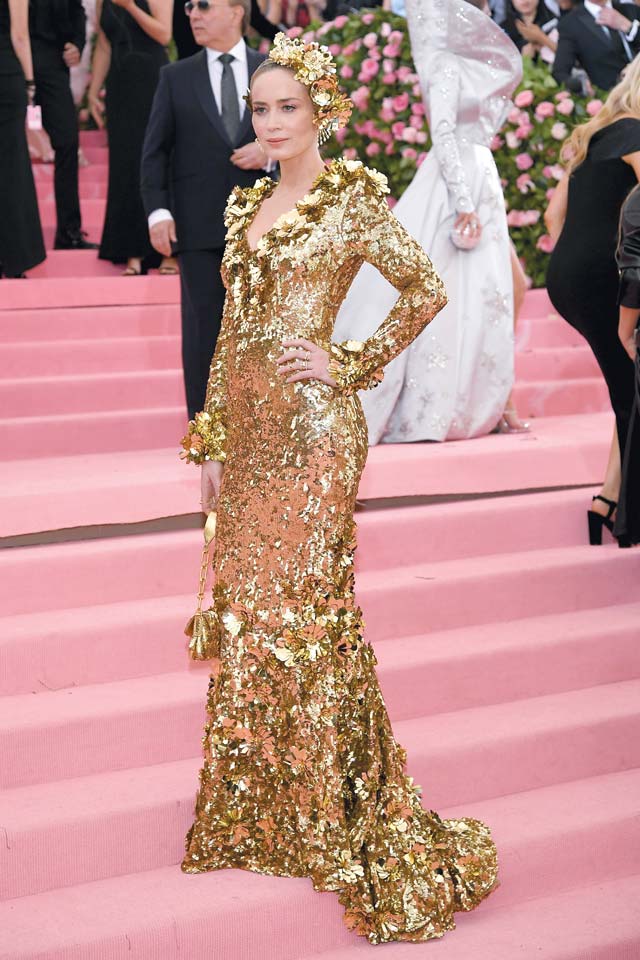 You’ve continued to maintain a fairly good workload even while raising your children. Did you find it at all hard to get back in shape after your pregnancies?
EB: I’m lucky that I come from a family where we don’t really put on a lot of weight. I’ve also learnt how to train properly from working with Tom Cruise on Edge of Tomorrow and then doing a film like Sicario. You learn to enjoy the discipline of that although if I don’t have to prepare for a very physical role I’m usually riding bicycles or going on hikes with my husband.

Your previous film, Mary Poppins Returns, was something of a dream come true for you. Were you also happy to be working on a movie that your kids could watch which is not the case with most of your work?
EB: Yes – it was definitely a pleasure to be part of something we can all share in. I think becoming a mum has changed so many things in my life – it’s made me more vulnerable and more emotionally aware than I ever was before, but it’s also given me more strength because I see things more clearly. I actually think I am much more confident as an individual and I feel that I am able to not just live more intensely but also take on roles that I might have been reluctant to play before. 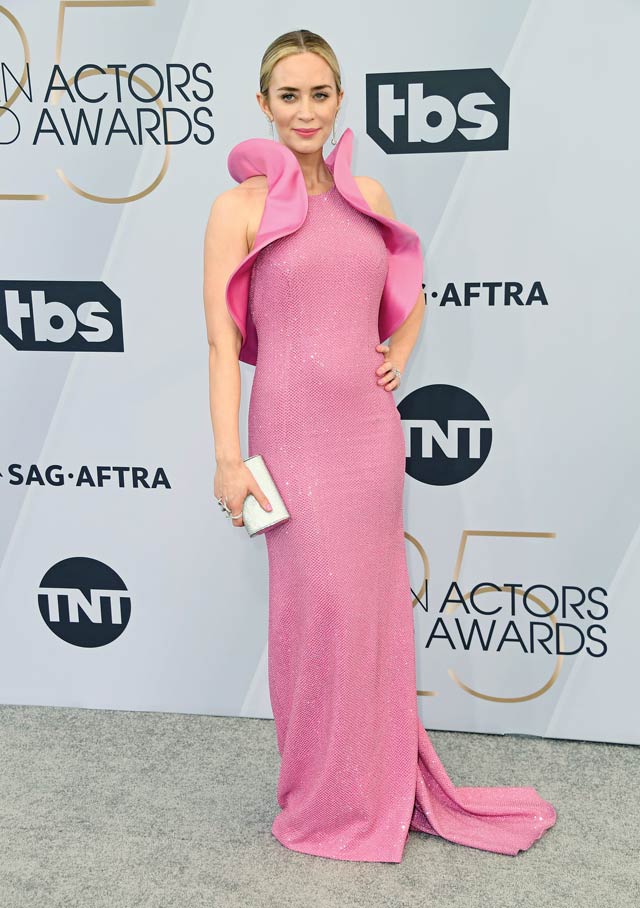 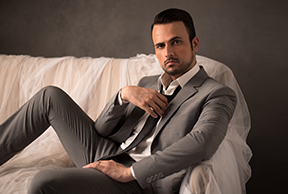 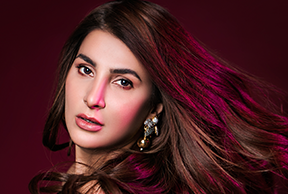 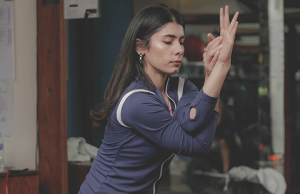 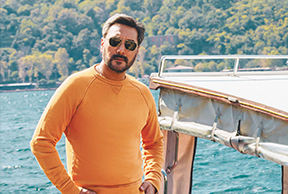 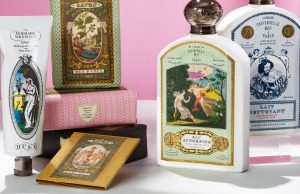