“I am reinventing myself in all aspects of life” 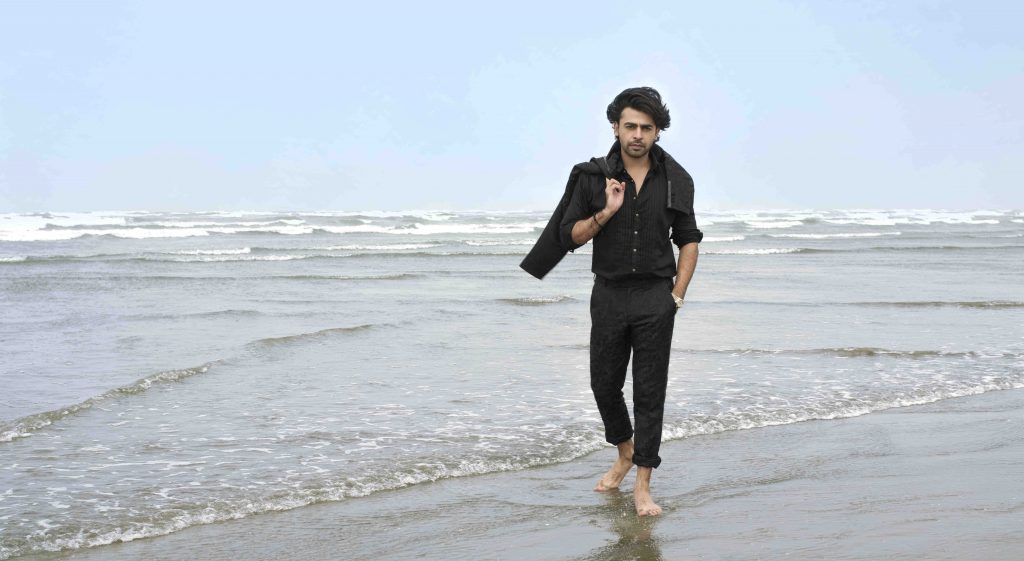 Polite and grounded, and sans any starry airs, it is easy to see why Farhan Saeed has garnered a loyal and burgeoning fan following over the years. He is imbued with natural talent, of course, and his commitment to excellence is apparent in the long hours he puts in at work. Making his foray into the music scene in 2003, he has composed and sung resounding hits such as Roiyaan, Sajni Paas Bulao Naa, Teri Yaad, Bikhra Hoon Main, and Kaash Ye Pal – mellifluous and soulful tunes that have stood the test of time. But unlike most celebrities, there is also an authenticity and ‘realness’ about him which makes it easy for people to relate to him, and indeed, to the intensity of emotion in his songs.
In 2014, he took a leap of faith and made his acting debut with De Ijazat Jo Tu, but it was actually his understated and convincing portrayal of Arsh in 2016’s groundbreaking serial Udaari, that catapulted him to the heights of stardom. Film and TV offers came pouring in, but the singer turned actor was acutely conscious of the high expectations the audience now had of him. Circumspect in selecting his next project, he intentionally stepped back from the limelight to wait for the right script with which to make his comeback on television.
During this span of time, he kept himself busy doing successful music tours and concerts all over the world. And last year, he recreated his song,

“ Working on Suno Chanda was a great experience. The kind of response that I received has been overwhelming ”

Thori Der, for the Indian film, Half Girlfriend, which he sang in collaboration with Shreya Ghoshal.
This year, he got the comeback he was banking on – his acting career skyrocketed with the phenomenal success of Suno Chanda! Aired in June this year, the serial broke all previous records of Hum Network and a sequel has already been confirmed for next year.
Barely a month after Suno Chanda, Farhan was making waves again for singing the official Pakistan Tehreek-e-Insaaf (PTI) anthem for this year’s General Elections. That the party went on to sweep the elections must have been the proverbial icing on the cake!
Most recently, he collaborated with British-Indian music producer Rishi Rich on the ballad, Maula, and although some critics opined that the song and video could have been executed in a better way, Farhan took it all in his stride and regards it as a positive experience.
Keen to explore his artistic streak and expand his repertoire, this year he also turned director for Hamza Malik and Iqra Aziz’s video, O Jaana, and continues to grow from strength to strength as a creative individual.
With 15 years in the spotlight behind him, Farhan Saeed now looks forward to the next phase in his life and career. OK! Pakistan has more. 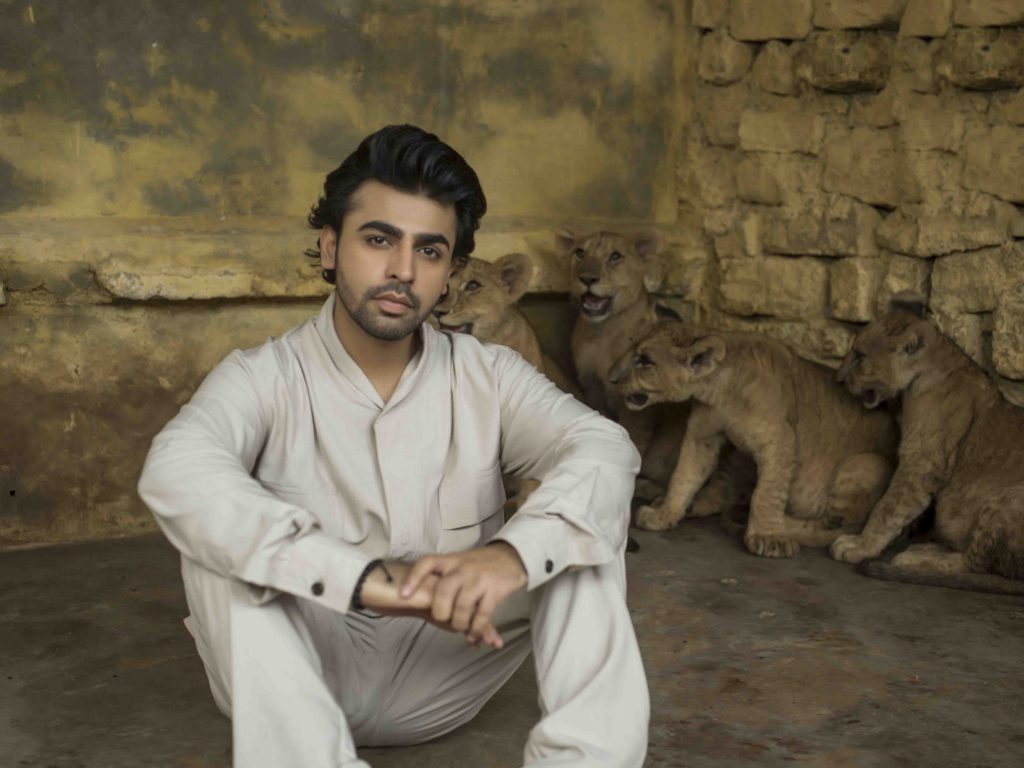 “I have become more focussed and it’s all because of the stability that Urwa has brought into my life.”

Tell us about Farhan Saeed the singer and Farhan Saeed the actor. How different and similar are the two?
FARHAN SAEED: There’s not much of a difference because my focus is to give my best, regardless of what I do. However, I have to get into my respective roles; for instance, when it comes to singing I have to be present in the studio, record and make music videos, while as an actor I have to choose the right script and perform accordingly.
It’s just the process that is different. Essentially I have to give my best and entertain my fans.

How did your career as a singer begin?
FS: I started off as a singer at my university (FAST), where I would perform on different occasions. I was performing at an event where Xulfi from the rock band Call heard me singing and urged me to meet Gohar. We formed Jal after we met and never looked back. That day onwards we made music which became very famous, and released several albums which went on to top music charts in South Asia. Very soon we were off on tours and performing at different concerts.
I feel like it’s the field that chose me instead of me choosing it.

How do you get inspired when creating music? What inspires you?
FS: I think as an artist, anything can inspire you. There’s nothing in particular but one must be really perceptive in order to be a good artist.

Tell us about your first concert – what were the feelings like?
FS: I clearly remember the first time I performed. I couldn’t quite comprehend what was happening and mostly went with the flow. I do, however, remember all my first concerts and performances because they are priceless memories for me.
One must always perform as if it’s their first time, just to keep the energy flowing, because there will always be somebody in the audience listening to you for the first time. 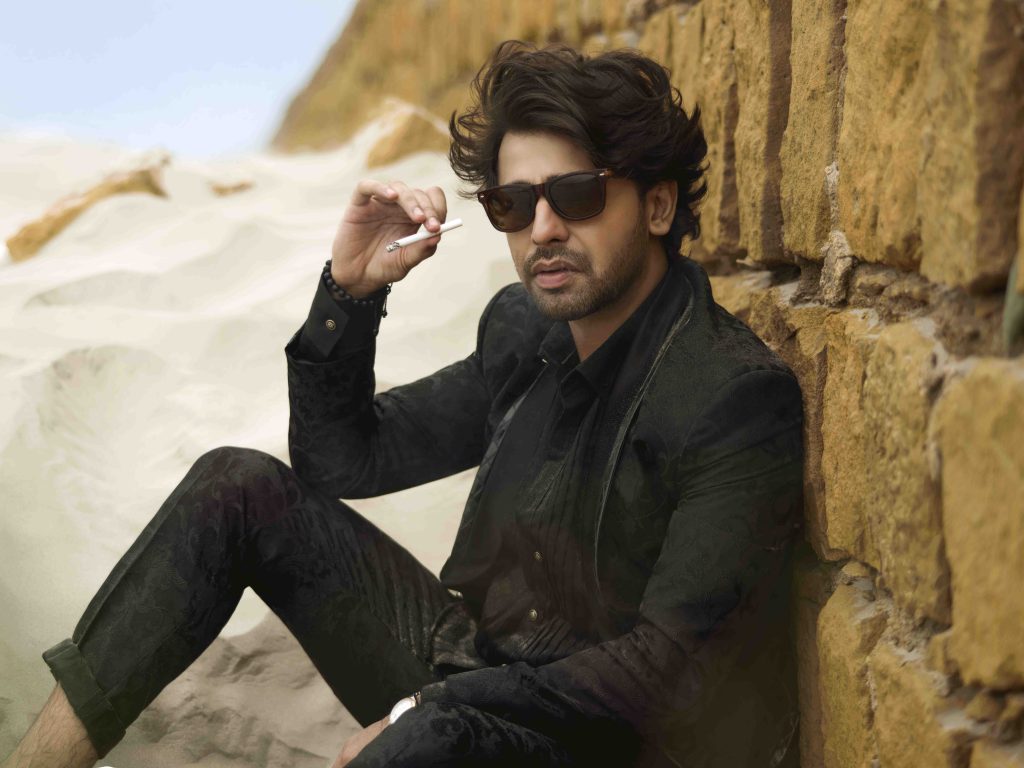 In recent years you have become very popular as a TV actor, especially after the huge success of Suno Chanda and Udaari. There’s a Suno Chanda sequel in the pipeline as well. Can you tell us about your upcoming television projects?
FS: Yes, Suno Chanda 2 is in the pipeline. After the huge success of the first season, I really hope and pray that the writer does justice to the expectations of the viewers for the sequel. I believe in quality over quantity so I am picky about the projects I do. Since I’m also working on music simultaneously, I’ll make sure to work on a good project in the time I have.

What was it like working on Suno Chanda? Did you enjoy the experience?
FS: Working on Suno Chanda was a great experience. The kind of response that I received has been overwhelming. I feel like it’s these words of encouragement that make you more confident and motivate you to work on the next project.
It is important to be on the same page as the audience in terms of what they want to see, and I think I have been lucky with that.

You recently released your track, Maula, in collaboration with British-Indian music producer Rishi Rich. How did this liaison come about and what has the response to the song been like?
FS: Yes, it all started when I was in India to record a song for the movie, Half Girlfriend. A dear friend of mine, who has a great sense of music, suggested that I meet Rishi Rich. When we met, I demonstrated a composition which Rishi Rich transformed into an amazing song within an hour!
I am very happy with the response Maula has received and like I said, it has given me the confidence to keep experimenting and trying new things so that I don’t sound monotonous and fans don’t get bored.

You also sang the official PTI anthem, Ab Sirf Imran Khan for this year’s elections, which resonated with the public. How did you get selected for the opportunity?
FS: PTI’s team pitched me and asked me to do their anthem. I agreed immediately because I always thought and believed that Imran Khan was the right choice for Pakistan. I wanted to play my part in making Imran Khan the Prime Minister. 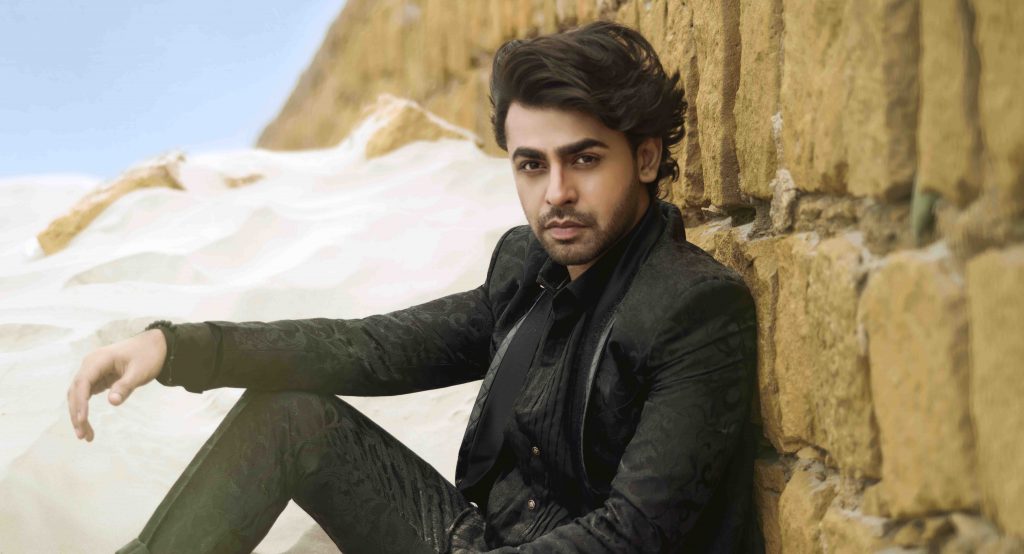 You directed and produced Iqra Aziz and Hamza Malik’s video recently. What was the experience like, and do you intend to take up more directorial projects?
FS: It was a new experience and I wanted to direct to get more clarity as to what the people behind the camera see. As a music artist, I can immediately develop a concept on my music video but working behind the camera was a new experience and gave me more clarity as to how one should act as well.

“PTI’s team asked me to do their anthem. I agreed immediately because I always thought and believed that Imran Khan was the right choice for Pakistan.”

Where do you see the music industry in Pakistan headed?
FS: I hate to say it but the music industry isn’t stable right now because of the technology shift. I feel like the industry should operate on a different model where artists can get out of digitalization. I am speaking to somebody who has interest in such a model. Otherwise, the new singers will not be successful as there is no way to make revenue with the unconventional way.

If you could travel back in time, is there a special moment you would want to relive?
FS: If I had the choice, I’d go back to my school life because that time doesn’t come back. I travel all over the world and yet I still miss my school days.

Talk to us about Fate. Do you believe in it?
FS: Yes, I believe in Fate but I also believe that Fate is with the brave. You need to channelise positive energy, only then will Fate favour you.

How has life changed after marriage? Tell us about the Urwa-Farhan brand.
FS: Urwa herself was a brand and when we got together, people were very happy, which gave us immense joy.
My life has changed because I have become more focussed and it’s all because of the stability that Urwa has brought into my life. I am reinventing myself in all aspects of life now. 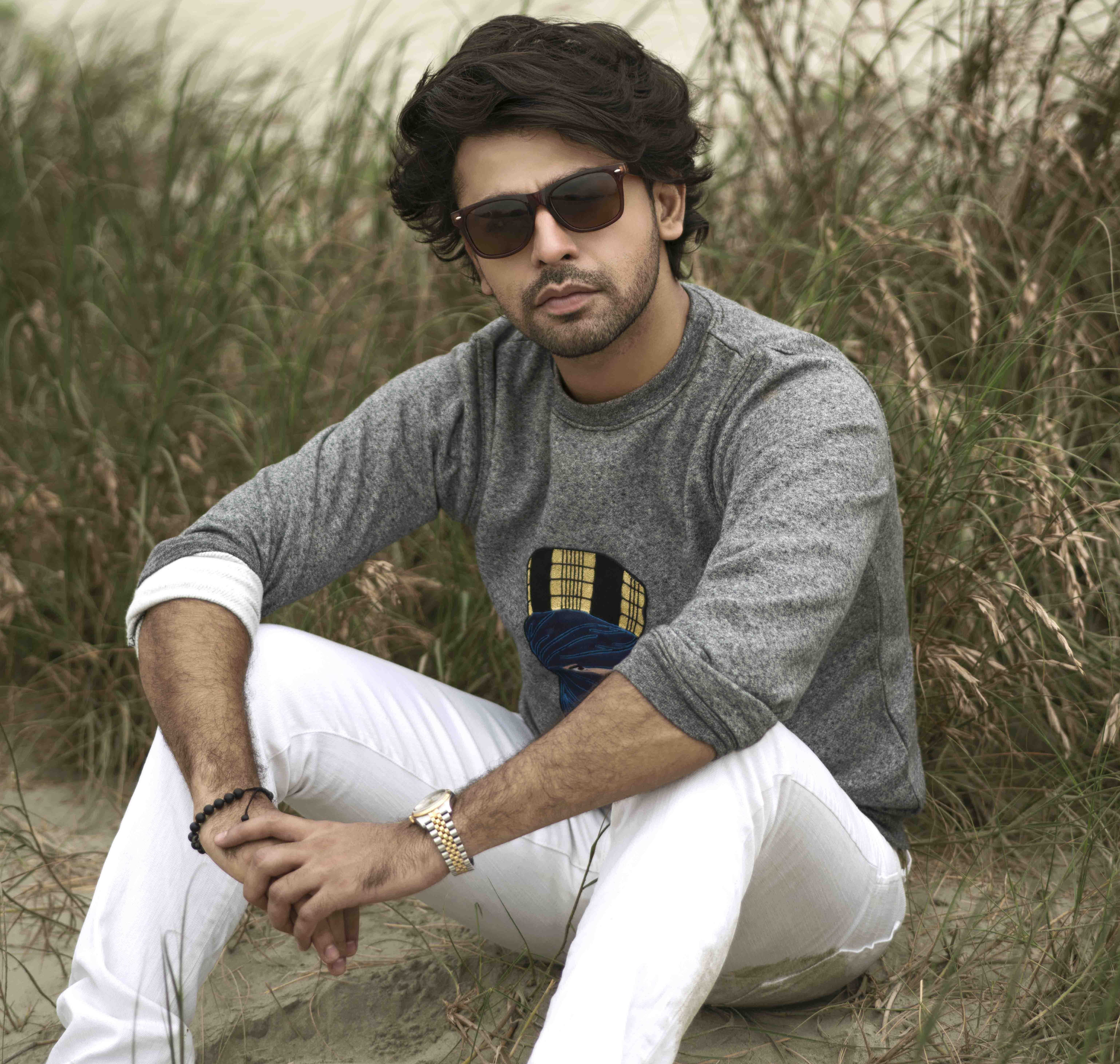 A LITTLE MORE ON FARHAN SAEED

If you could change one thing about your life what would it be and why?
FS: To be honest, I wouldn’t want to change a thing about my life.

You have sung many songs but which is your personal favourite?
FS: One song that I really enjoyed singing was the cover of Ye Jo Halka Halka Suroor Hai by my favourite singer, Nusrat Fateh Ali Khan.

If you were president for a day what immediate change would you bring?
FS: If I were the president, I wouldn’t have many powers but if I became the prime minister I would ensure that education was compulsory for each and every individual of Pakistan.