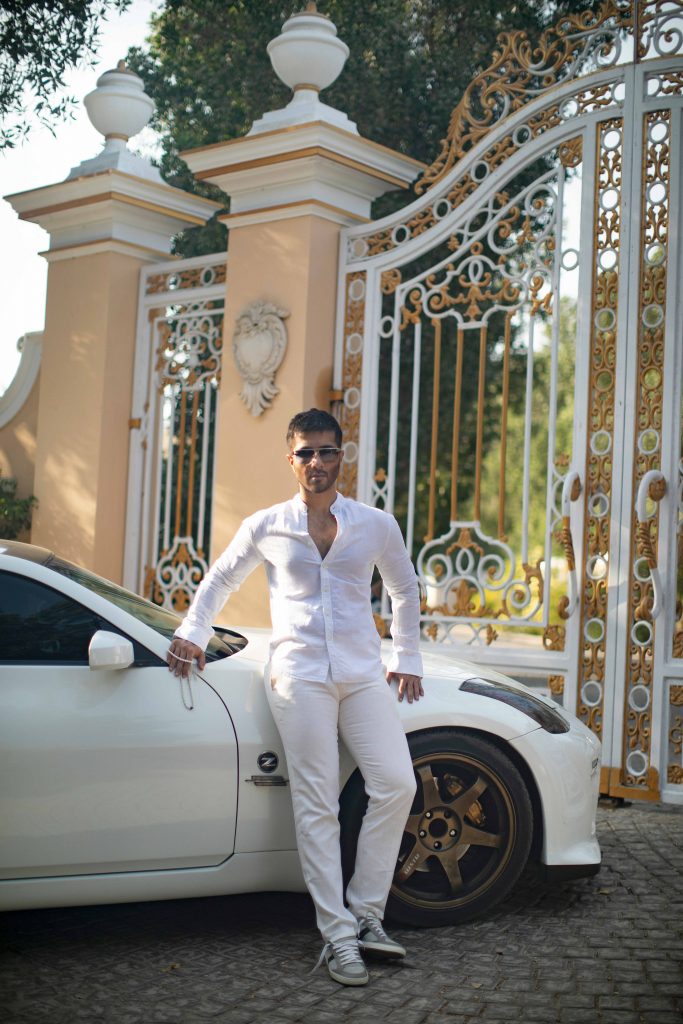 Feroze Khan is a name everyone is familiar with. Whether it was his role in Dil Kiya Karay, Woh Aik Pal or Ishqiya, the actor knows how to create a powerful screen presence. His memorable performance in Khaani landed him a Lux Style Award for Best TV Actor in 2019, and despite his short break from acting, his fan base seems to be increasing at an exponential rate!
Feroze is a private person and likes to keep his personal life away from the limelight, but unfortunately, gossip and rumours keep popping up on social media. “I’m a Cancerian. I have a very hard shell. I’m always very guarded and don’t open up much. But deep down, I’m very soft and emotional – this is a side I don’t reveal a lot,” he shares.
And he plans to keep the hard exterior on till he can! “It’s 2021 – it’s not for the innocent! Certain experiences have taught me that it’s best to wipe your own tears and seek guidance from God as life goes on.”

Did you always know you wanted to be an actor?
Feroze Khan: I stumbled upon it, but I always knew I wanted to be an actor. Growing up, I loved to watch movies and main characters and heroes, and their entire aura always appealed to me. Seeing how they were doing something so meaningful with their lives – I wanted to do that too. It was in 2013 when I decided to pursue acting as a career and just see how it unfolds. And after all these years, I am ever so thankful for the journey I’ve had.

How would you say you’ve grown or changed as an actor over the span of your career?
FK: This is basically the whole process of life; you change as you grow older. You just need to have patience, and I pray for that for myself and everyone else around me. Patience is key. When you’re patient in dealing with every aspect of life, you become more secure and comfortable over time. And that brings more peace, which is an unparalleled feeling. I’ve changed as a person Alhamdulillah, and that change is reflected in my work and the things that I do. 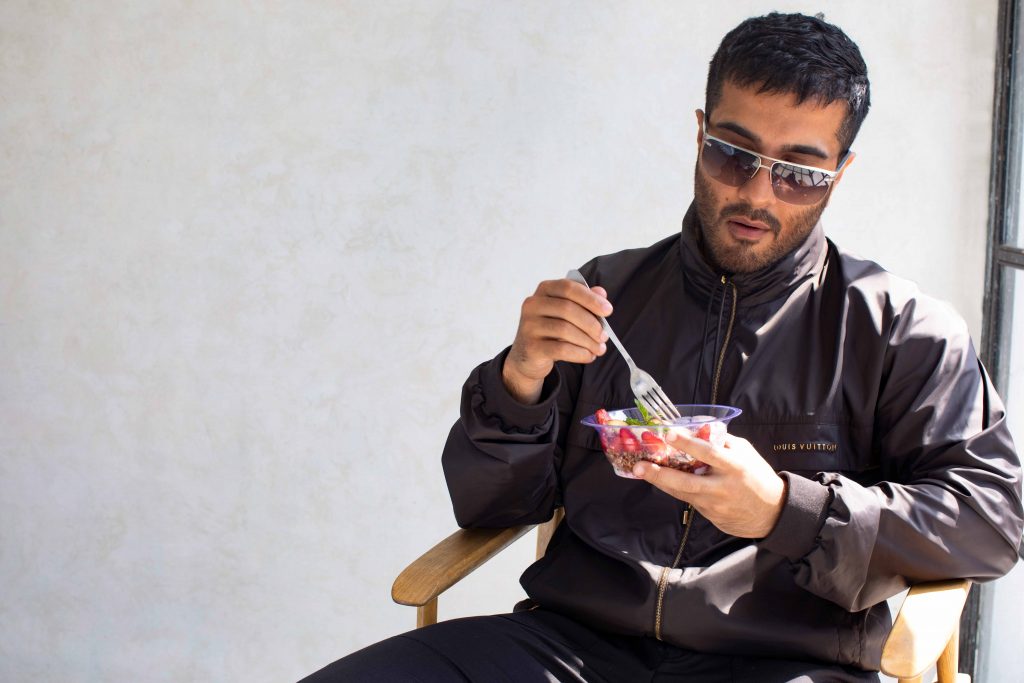 Talk to us about the different roles you’ve played, and which you have enjoyed the most.
FK: Playing a specific role or character is like being pregnant. You have to take it like you’ve conceived a baby; only you know when the baby kicks or rolls over. The character lives and breathes through you, day and night. As I read a script, I always think about how I’m going to make this performance different from someone else’s or do a scene in a way that has never been done before. That’s the whole process of acting. Whatever role comes to you is really just from God, and you should be grateful for the opportunity. That’s the power of God. Sometimes you get to play a role which is going to be top-notch and sometimes you don’t really know how it’ll turn out on television and then you just leave it to God.

Have you ever regretted taking on a specific role or project?
FK: None really. If not the role, the project or process has definitely taught me something – something I value now and wouldn’t have learnt with any other experience. I just value every moment and every day that has come – just very grateful.

Do you think there’s bias in the industry? Have you ever faced any unfairness?
FK: Of course, 100 percent! It’s everywhere – in every industry in the world. The important takeaway from this is that people need to believe in themselves. Have faith in God. That’s what will lead to your success. Even if there are 17 obstacles ahead, if you believe in yourself, you will smash them all and emerge triumphant. So, when in doubt, let God pave your path. And I want to reiterate that there’s bias in this industry, on a global level. It’s ruthless! It’s one of the fastest growing industries in the world. So the sooner we recognize that, we can change the way we approach it. I hear people talk so passionately about materialistic things like bags, expensive things and superficial trends but wouldn’t it be nice if we talked more about the real issues we face almost on a daily basis – why are we blindsided by those? 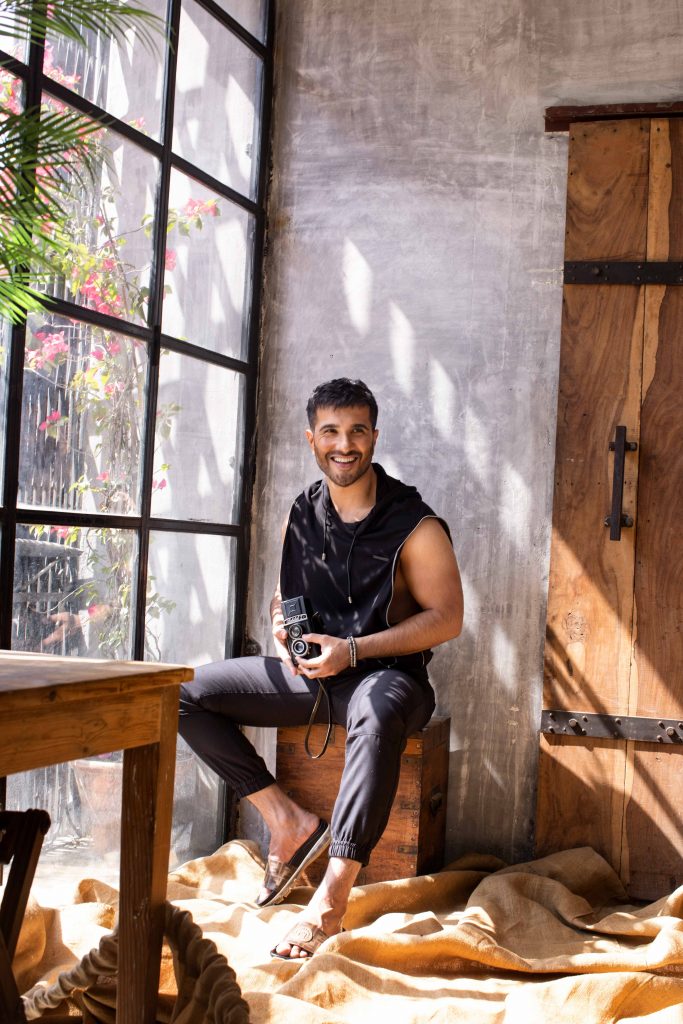 Is there a character you saw on TV and wished you could’ve played the role?
FK: There’s this exercise I’ve been doing for a very long time now. Any time I feel like I want or have a desire for something like a character or project, I take a step back and remind myself that if it was meant for me, it would’ve come to me. And if it wasn’t meant for me, no power could’ve ever brought it to me. And that reminds me to be forever grateful.

If you could change one thing about the film/drama industry in Pakistan, what would it be and why?
FK: People should take responsibility. If we were able to do that, across every field and aspect of life, there would be no need for the law. If I tell myself I am responsible for taking care of my loved ones, to ease their burdens or remove them, I will grow as a person. And if we practice this on a bigger scale, and let this attitude permeate into society, it’ll benefit the masses.

What would you say is great about the industry?
FK: I see change and betterment. We are incredibly dynamic and constantly growing. People are coming up with great techniques and productions! 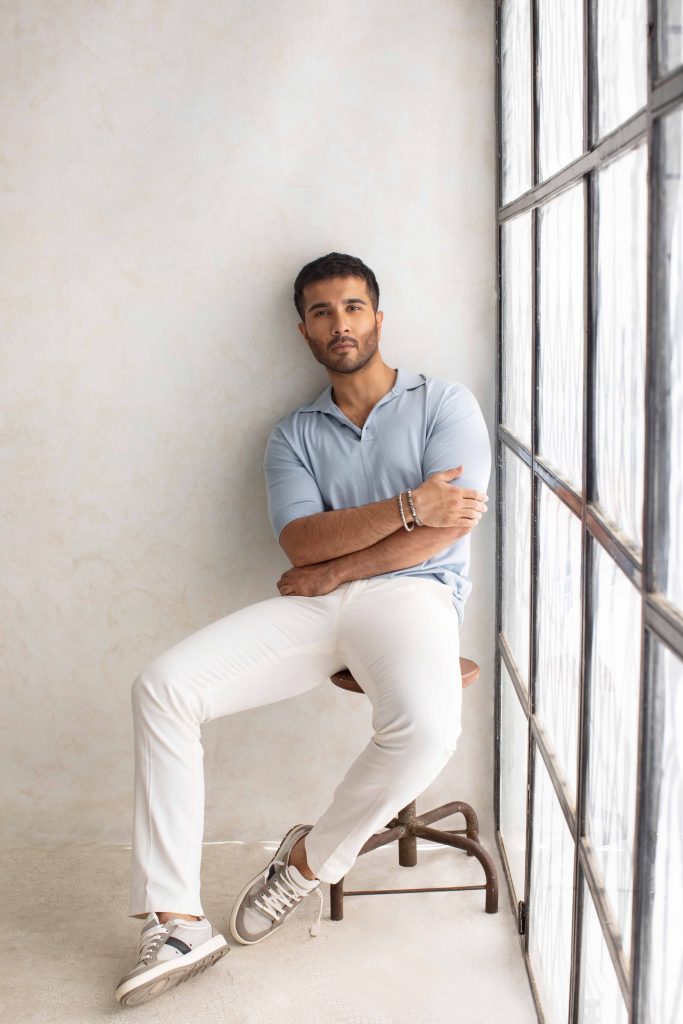 Is there any Pakistani male actor, from the new generation, that you really look up to or feel has potential?
FK: I really like Wahaj Ali – there’s something about him. I like very few actors for some reason, I don’t know why. But Wahaj is really great!

Why did you want to leave the acting industry and what made you change your mind now?
FK: Something happened that made me take that decision – if the time comes to pick a side, between the world and my creator, who would it be? The latter. That was my learning. But now I’m glad that God has made me feel a certain way and given me a reason to come back.

If there’s one thing you could change about yourself, what would it be and why?
FK: I wouldn’t want to change anything about myself especially if it would upset God; it wouldn’t bring me peace. As humans, we all tend to be anxious, only the intensity varies. Therefore, I’m in constant search for peace to maintain composure in my life.

Tell us something about you that people would be surprised to know.
FK: There’s a lot to be revealed when the time comes. I am a great cook though, and of great help when it comes to my friends and family, and their uneven eyeliner! I have a good eye like that. 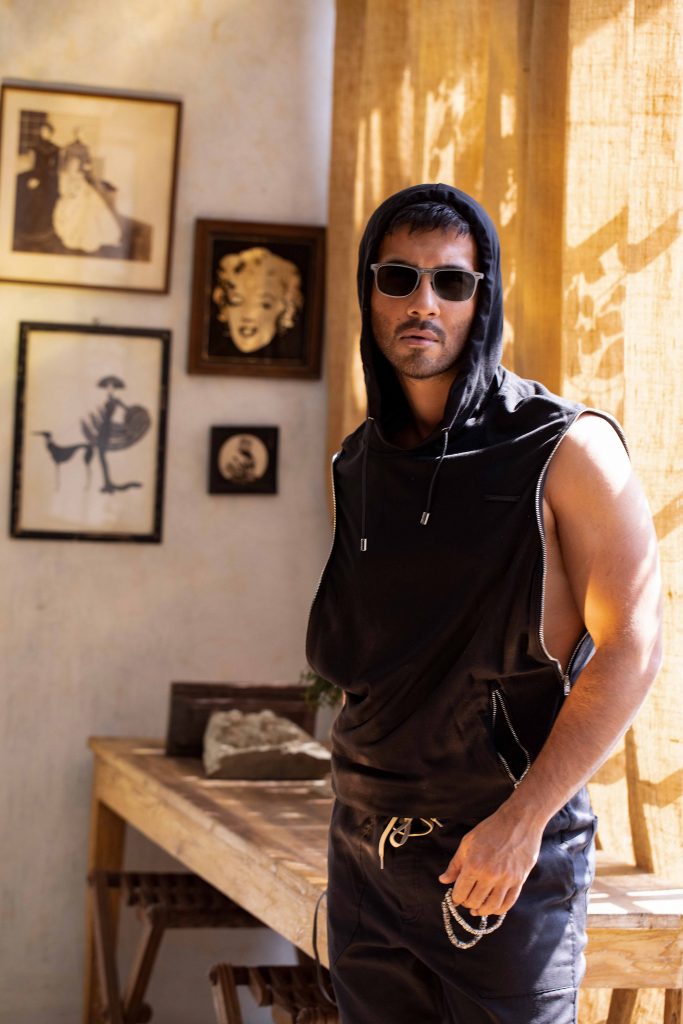 What do you treasure most in life?
FK: Moments. I love what we are living in – all those moments. I love emotions; I love people loving each other; helping one another; sharing and bringing comfort; forgiving; and not judging one another. Just letting people breathe.

What inspires you
FK: The mercy of God. Every day I wake up and look at the chaos around, and I know it’s only there till He wants it to be there. I’ve seen people and times change, but it’s up to us to try and gauge what’s happening around us.

Who is the most inspirational person in your life, and how have they affected your life?
FK: The number one person is our Prophet (PBUH). His patience, his love, his tolerance and just his whole personality – it inspires me every day. It reminds me that we can get through anything by just believing – by just having faith. And once you understand that, nothing can put you down. 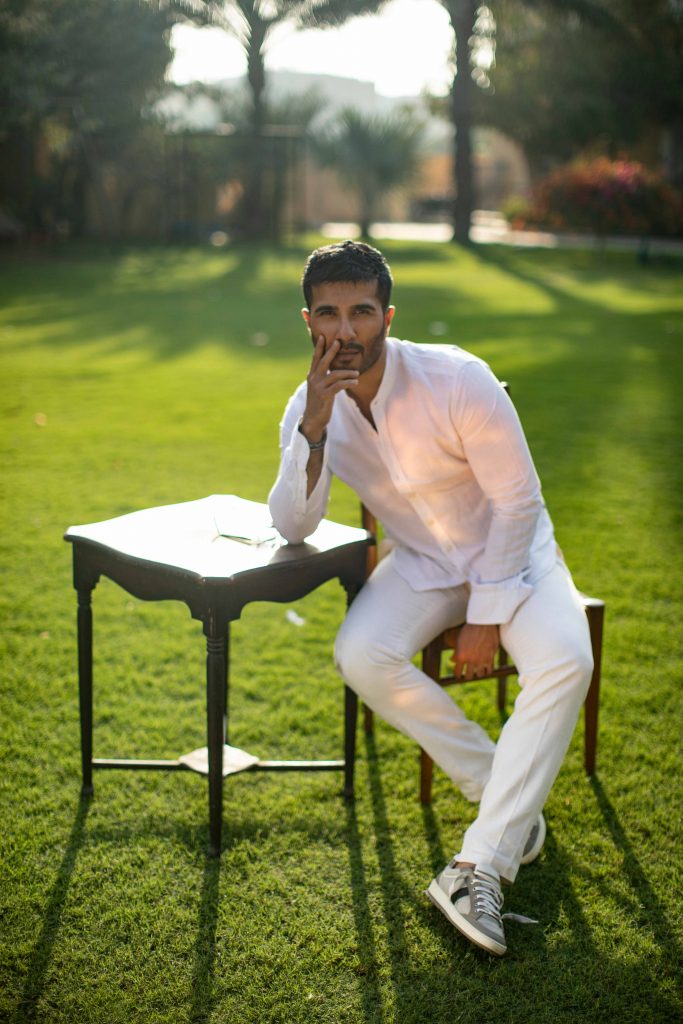 There’s been a lot of rumors about your marriage ending…what would you say to that?
FK: Honestly, I’m a very private person. Even when I got married, I didn’t want it to be discussed but it came out on social media. People are free to think whatever they want. I refrain from such conversations.

How have the past few months been for you and what is the most important thing you learnt from this pandemic?
FK: I’ve realized that at the end of the day, there’s only one thing that gets you through – and that’s faith. It’s so real. I remember the day we were at a shoot and we were told that everything had to be shut down due to the pandemic. And all we were waiting for was that one ray of hope. Jobs were lost and work wasn’t moving forward, but people survived. We came out of it. It was definitely a time of faith. 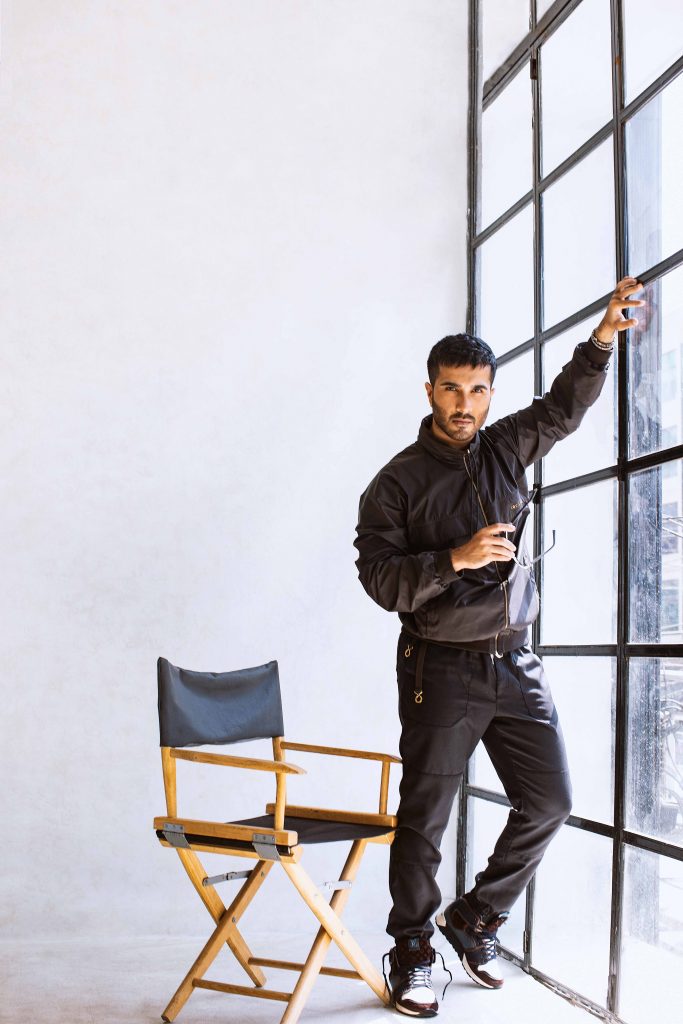 Is there any advice you would like to give to young and upcoming individuals?
FK: Every minute, every second is an opportunity so don’t waste it. What kills the iron is its own rust. So keep growing and become a better version of yourself. Let others breathe and practice constant decluttering of unnecessary practices that cause disservice to oneself. Don’t listen to find faults but listen to understand.