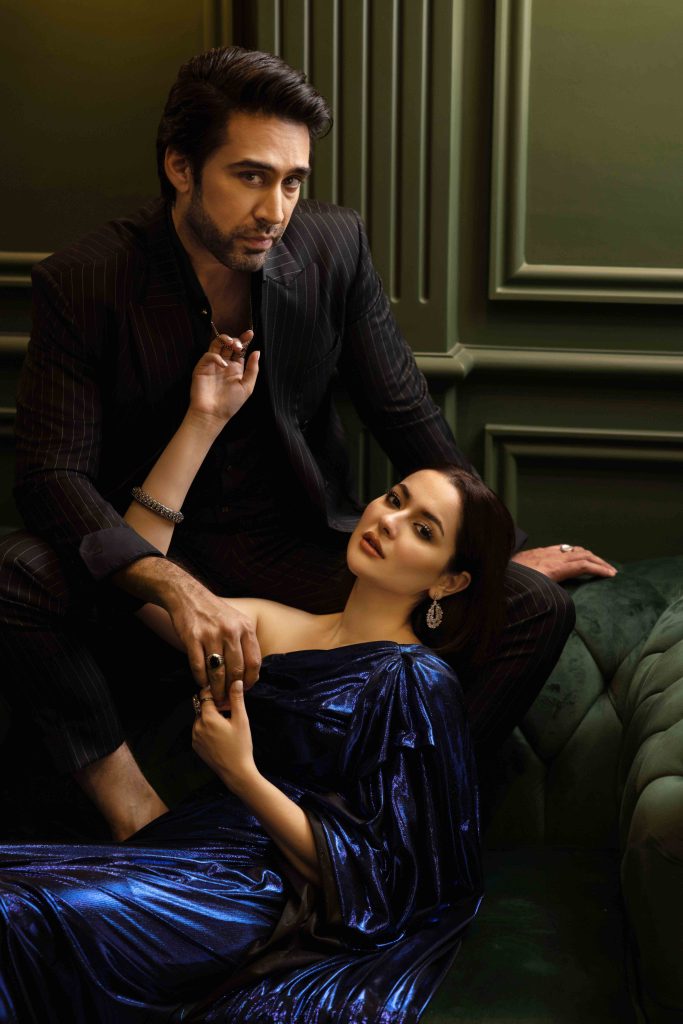 You can expect good things to take shape when two seasoned actors align for a project! After more than two years of the pandemic, Pakistan’s film industry is gradually opening its doors. This Eid, Hania Aamir and Ali Rehman have paired for a big screen return in Parde Mein Rehne Do, a film that grapples with family problems.
The story is said to be rooted in reality, and promises to offer a mix of everything. Let’s hear more from our cover stars, Hania and Ali, who sit down with us for an in-depth chat about their film and their ever-evolving craft as artists. 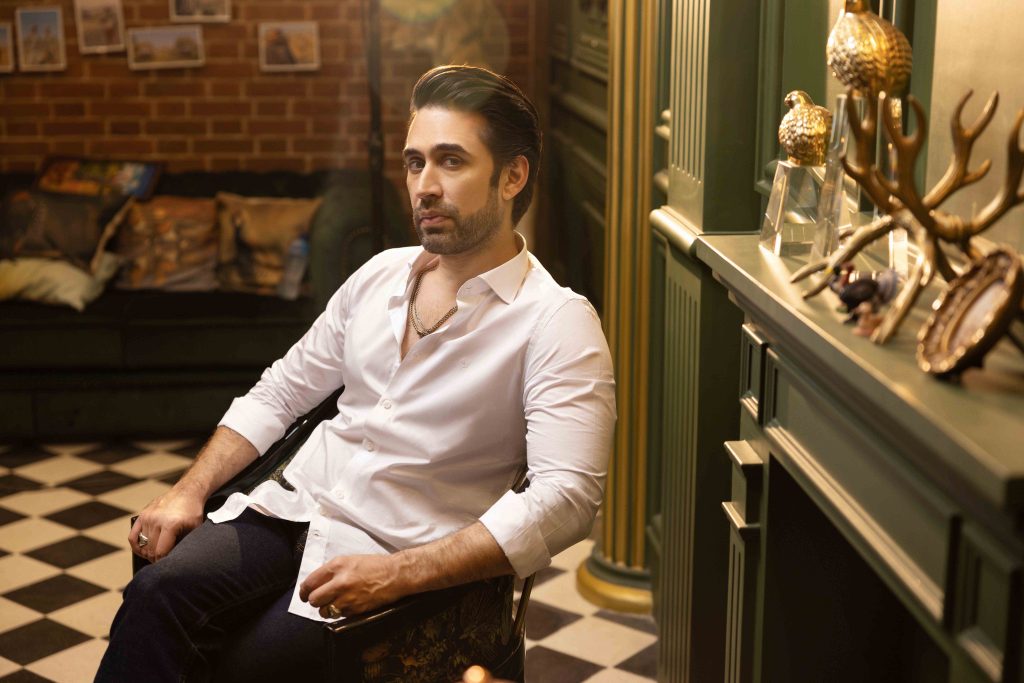 Ali, how have you grown as a performer over the years?
ALI REHMAN: I think every artist goes through a period of evolution and grows. My growth has been visible through more diverse roles I can play now.

Did you ever feel that you were not recognized by the industry as a strong artist?
AR: I don’t think so. I think I’ve been quite fortunate from the early onset to get to do the work I’ve done, and am humbled by the love I get from people daily.

How do you bring nuance to your characters, and why is that process important to you?
AR: I believe research as an actor is the backbone of any role we play and it goes a long way if you have done your homework. The smaller idiosyncrasies of a character are very important and I like to add those in my roles. 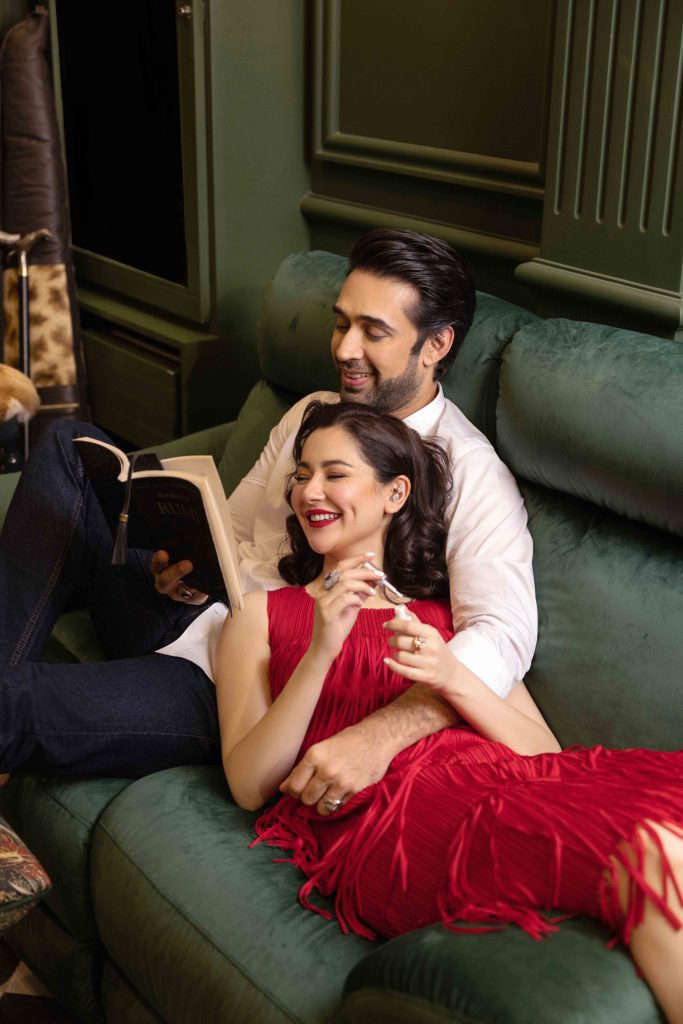 Talk to our readers about your new film opposite Hania Aamir titled Parde Mein Rehne Do.
AR: Parde Mein Rehne Do is a very different comedic venture where a very important issue is being addressed under the guise of an everyday couple’s journey to balancing married life with family responsibilities. The film is fun, yet thought-provoking and you really start feeling for the characters. It could be anyone’s story, really, and that is something special about this movie.

How is your character in the film different from your past roles?
AR: Every character is different but this one in particular is at war with himself. It is a complex character, yet relatable to many who are going through similar pressures, which is why I loved playing this role.

Why was signing this project important to you?
AR: I think it’s very important that an artist tells stories that influence a society and create a dialogue, especially when addressing issues such as sexual reproduction among couples. This, for some reason, is such a taboo subject matter in our society. 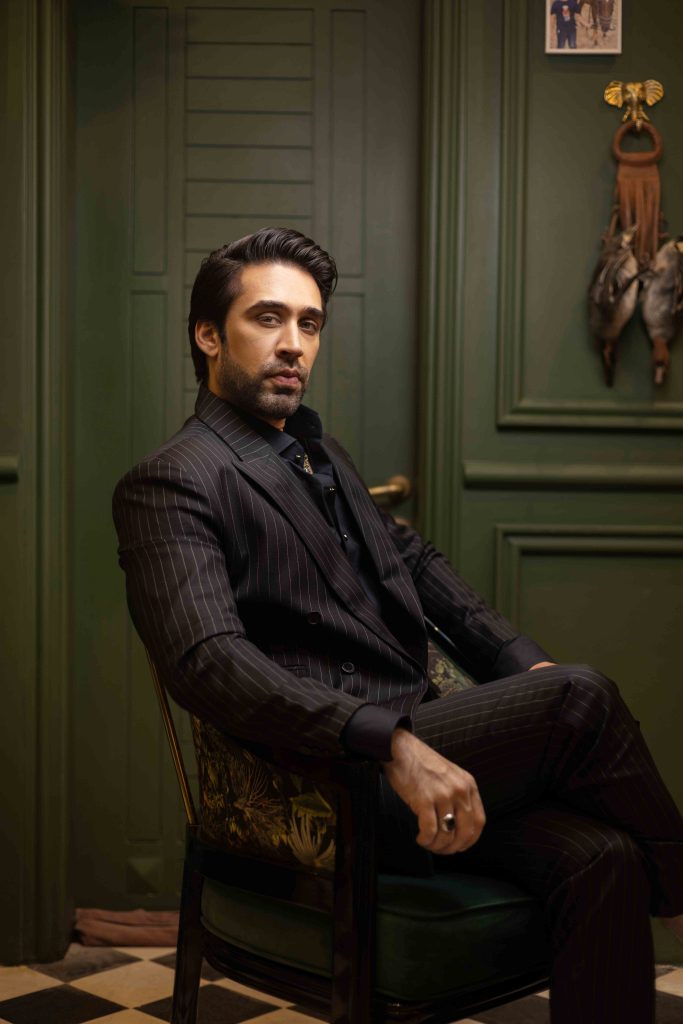 Do you think this year is a good time to be releasing films, considering that we haven’t fully recovered from a pandemic?
AR: I don’t think we will recover from the pandemic soon enough, but life has to move on. If we don’t make use of time now, we might never truly recover. So, for the love of films and in order for them to flourish again in Pakistan, we need to take risks and get the film culture going again.

Why should our readers watch your new film?
AR: To laugh, to recognize the issue at hand and to enjoy good family entertainment! The film has a bit of everything.

What other projects are you involved in?
AR: Badshah Begum is my most recent project. I’m also reading a few very cool and interesting scripts, but haven’t decided which one to take up next.

What was the best part about shooting this film with Hania?
AR: The absolute ease of it!

To what do you attribute your success?
AR: Hard work, perseverance and my family’s prayers.

Any concluding thoughts?
AR: Go and watch Parde Mein Rehne Do. I promise, you won’t be disappointed! 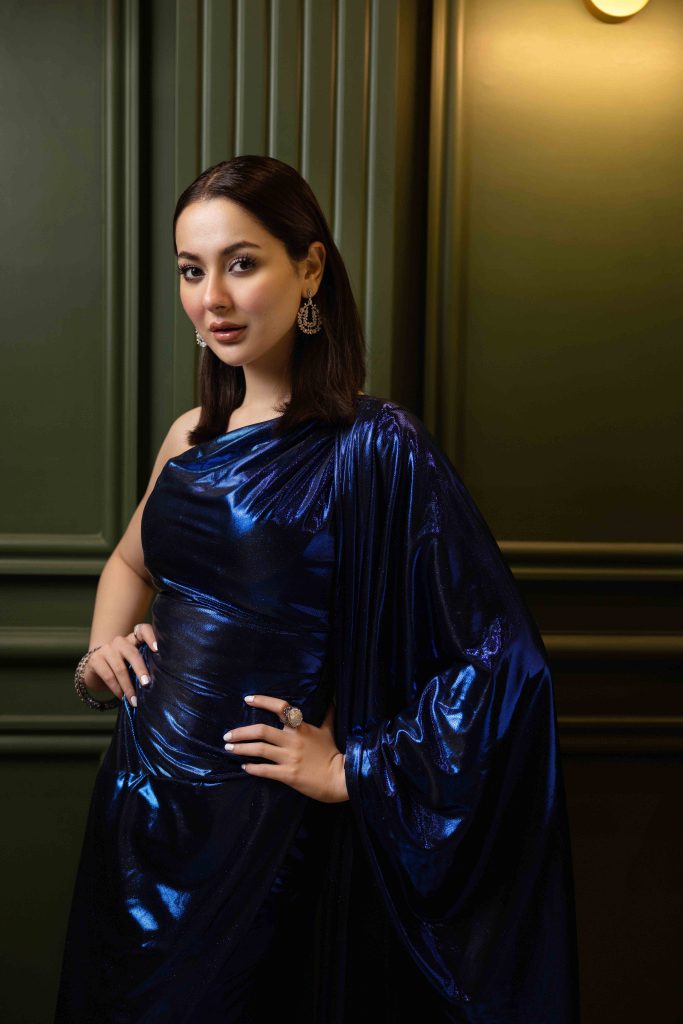 Hania, how do you handle being judged on social media?
HANIA AAMIR: I live my life like I want to, and don’t let judgement affect me. It’s difficult but I’ve come to terms with the fact that I would rather be happy with myself than live someone’s else’s idea of who I am.

How do you distinguish between unwanted cyberbullying and constructive criticism?
HA: In Pakistan, it’s pretty obvious, isn’t it? Subtlety isn’t our forte. 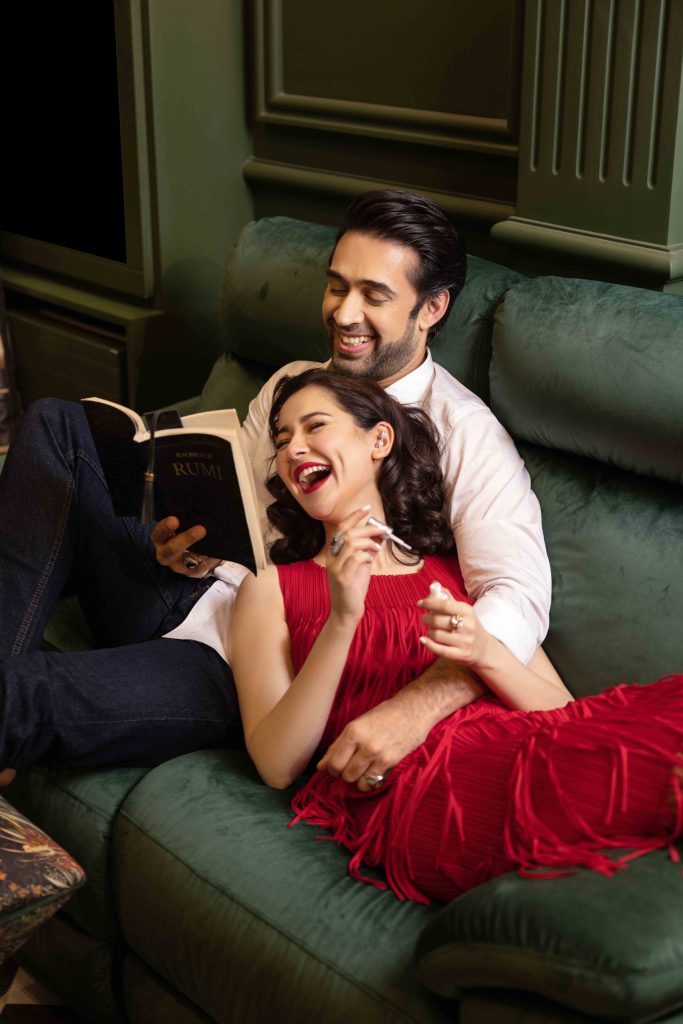 How has your craft as an artist improved over the years?
HA: I think it has become tempered enough with each performance. I try to better myself with every character I play. Being my own biggest critic, I really push myself and give myself a hard time if I don’t deliver.

Talk to us about your new role in the film Parde Mein Rehne Do.
HA: My role is of the much better half (Laughs). It centres on a couple who is going through pressures of marriage in a society like ours. The character is very close to my heart!

What appealed to you about this story?
HA: The fact that it’s so rooted in reality. I like aspirational characters as well but realistic roles are the closest to my being. 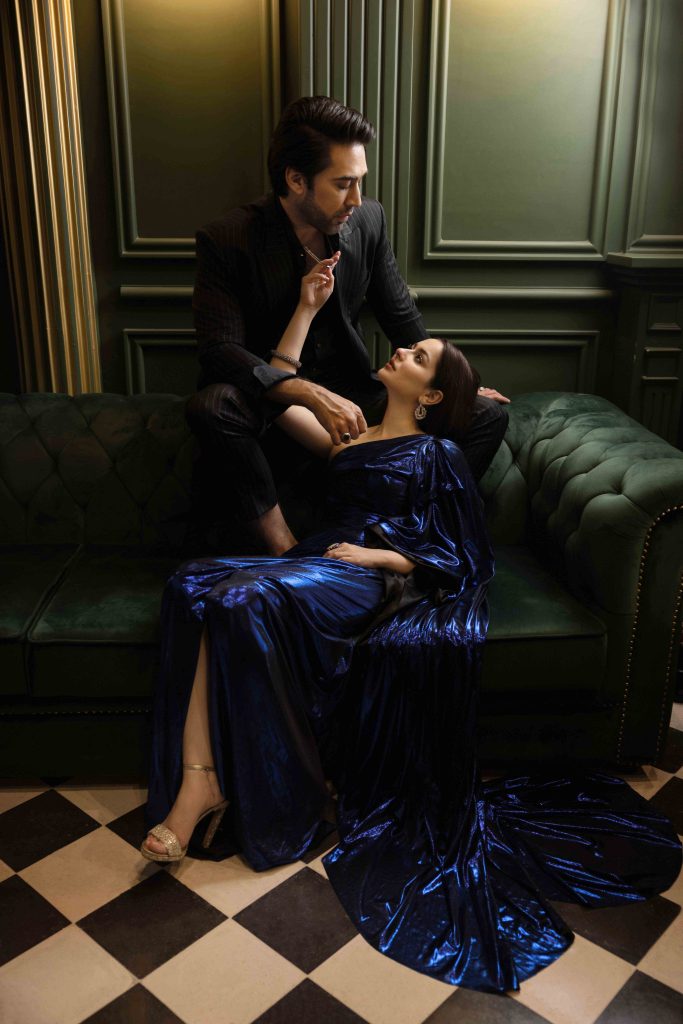 What drew you to the character?
HA: Her fragility and then her journey to strength.

How are you navigating a life in the public eye so far?
HA: You tell me? I’m taking it one day at a time.

What does womanhood mean to you?
HA: Strength, resilience, patience and empathy.

To what do you attribute your personal growth?
HA: The realisation that life isn’t going to stop for anyone, so it’s better to be on the train than stand on the platform, waiting. 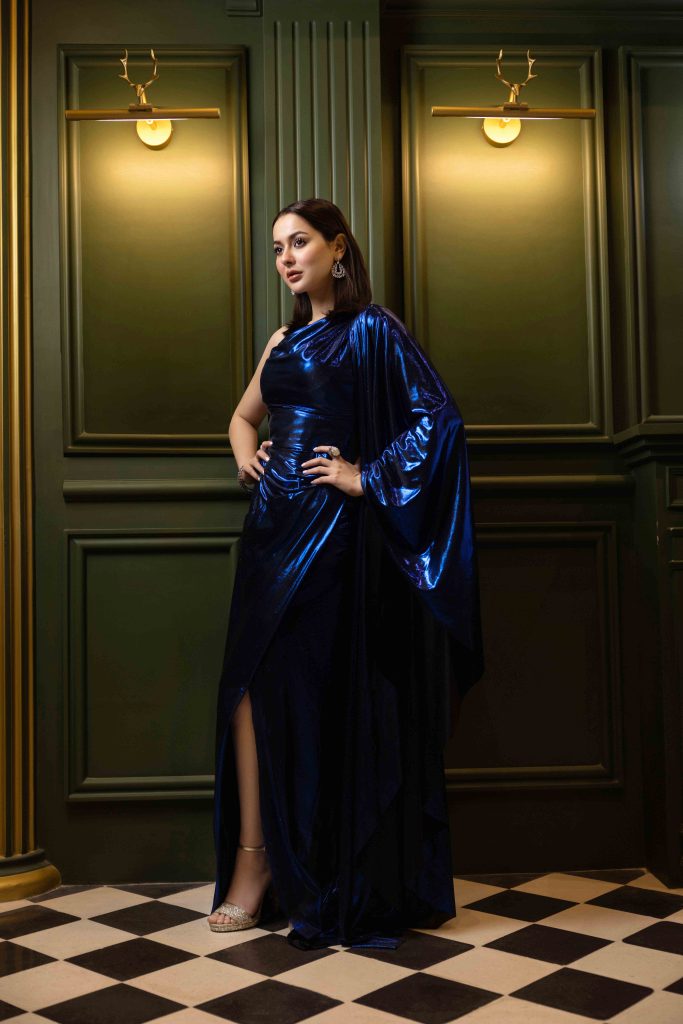 What important lesson did you gain from working with Ali Rehman in the film?
HA: Good friends make for great chemistry!

Any concluding remarks before you go?
HA: Do watch our movie and be honest with yourself and those around you. Peace out!