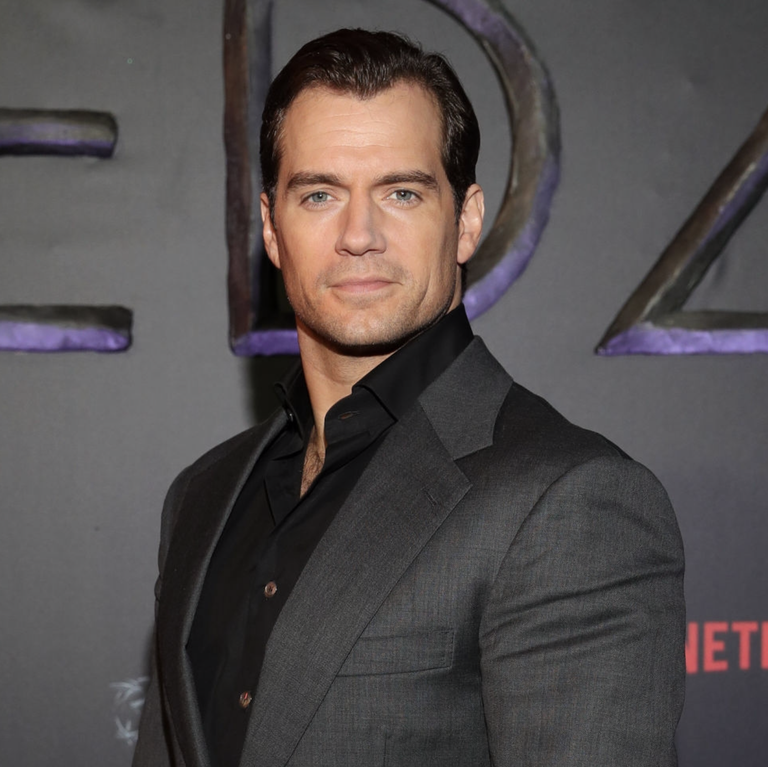 Henry Cavill has had a hard time finding a role that could match the audience appeal of Superman. The handsome Brit played the Man of Steel three times during his tenure in the role which helped the franchise earn over $2 billion at the box-office and understandably overshadowed his other work in less successful films such as the feckless The Man from U.N.C.L.E.
Now, Cavill has stepped into a very different superhero suit as the valiant monster hunter Geralt of Rivia in The Witcher, one of the most popular streaming series of all time. Season 2 of the hit Netflix series not only sees the character take on a more compelling, “intellectual,” bent, but Cavill also had a hand in upgrading his costume with the addition of a dark chest protector and ninja-like shoulder plates.
“I helped design it with (costume designer) Lucinda (Wright),” Cavill says. “When we were in lockdown, I looked at the photos and came up with some ways it could be improved.
“It’s much more comfortable to work in – less blisters and bruises. We also gave the costume a story. It’s something from the dungeons of Kaer Morhen from a time that is long gone. Apart from looking different from modern armour and having the appearance of dating back to an ancient time, now the costume is something that I could move in more easily and do all the necessary sword-fighting.”
In Season 1, Geralt established his credentials as a formidable foe of evil creatures as well as becoming a father figure to Princess Cirilla (Freya Allan). Season 2 sees him lead the Northern Kingdoms, the Elder Races, and the Nilfgaardian Empire in a titanic struggle against enemy invaders. Meanwhile, Geralt mentors Cirilla and encourages her to harness the mysterious power that resides within her being.
Apart from his Superman alter ego, Cavill is best known for his work in 2018’s Mission: Impossible – Fallout and for playing Sherlock Holmes in Enola Holmes which explores the life of the master sleuth’s teen sister. The sequel, Enola Holmes 2, will be released next Spring. Meanwhile Cavill is also in the running to succeed Daniel Craig as James Bond although oddsmakers have listed him as a longshot.
The 38-year-old Cavill was born and raised in Jersey, one of the Channel Islands, and educated at the prestigious Stowe School in Buckinghamshire. He lives in South Kensington, London, and is currently in a relationship with Hollywood studio executive Natalie Vincuso whom he has been dating for the past year. In May, Cavill posted a selfie with Viscuso on Instagram:  “I am very happy in love, and in life. I’d be enormously grateful if you were happy with me.” 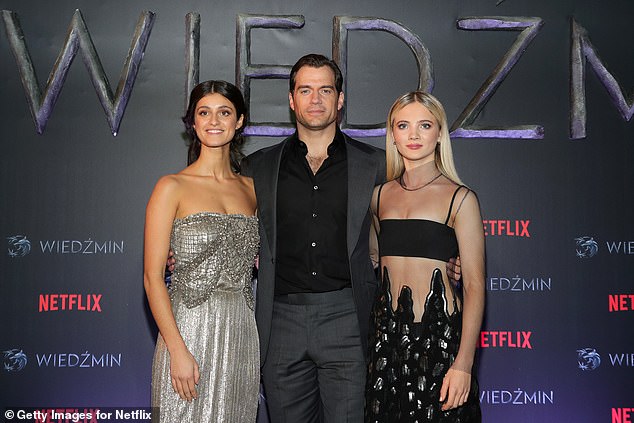 How do you feel about the way Season 2 of The Witcher has turned out?
HENRY CAVILL: I’m very proud of the work we’ve done. The second season of The Witcher is fantastic. I don’t want to give away any spoilers, but there are some great scenes and beautiful locations. They’ve done a great job with the sets. The production values have gone up and the DoP’s (cinematographers) have really lit this in a fantastic way.

What are some of the changes that fans of The Witcher are likely to find in Season 2?
HC: I campaigned extra-hard this season to make sure we got more of the intellectual Geralt. I wanted more of the verbose and wise and philosophical-leaning Geralt…He’s an intellectual type. You have to have all of that to show the true nature of Sapkowski’s work.
This allowed me the opportunity to go deeper into the character and explore his personality in a way that will reveal so much more to audiences. But the challenge is the same. You feel a great responsibility when it comes to playing characters like Geralt just as with Superman because there are so many millions of people who have come to love these figures. 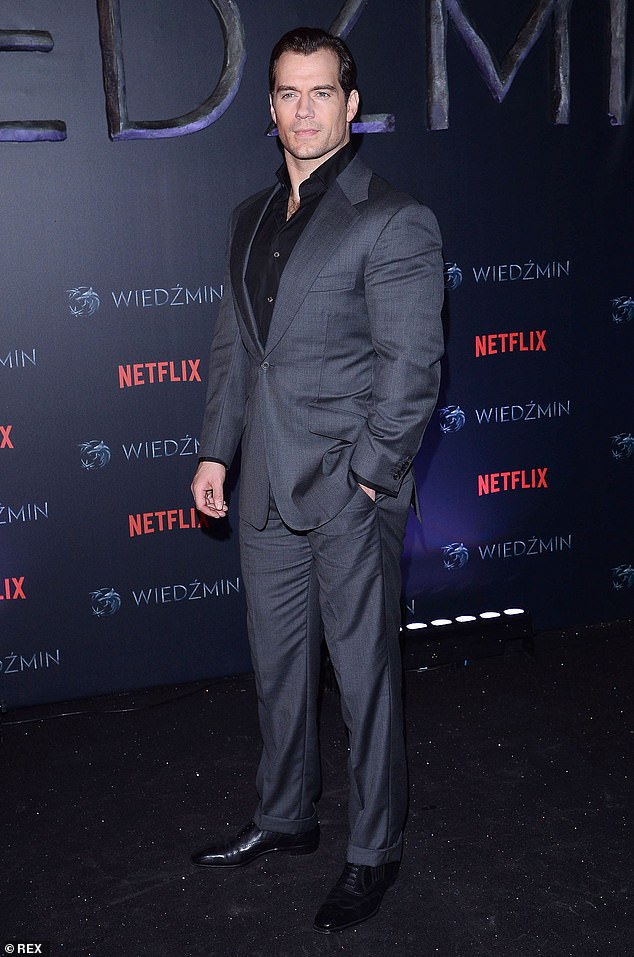 Geralt is also helping Cirilla find the power that lurks inside her?
HC: She has an unknown power which is becoming more and more apparent and it’s extraordinary and it can do some serious damage.  So it’s all about everyone trying to come together and work out what this is and how terrifying that might be.
Freya Allan and Anya Chalotra have also given outstanding performances and I think people are going to be very impressed with their work.

How would you describe the relationship between Geralt and Cirilla?
HC: Geralt understands the trauma that she has experienced during her life because he’s experienced terrible things himself in his life. Their relationship and his commitment to protecting and mentoring her also allows audiences to appreciate Geralt’s more caring side. He’s a very formidable character and there are many layers to him that he chooses to keep hidden. But with Cirilla he’s able to show how caring and generous he can be.

The Witcher is one of most popular TV series ever to be streamed on Netflix. What kind of pressure does that put on you?
HC: I wouldn’t say I feel pressure, but it’s a role that I feel very protective of and want to develop and enrich in every way possible. I feel like I’m Geralt’s guardian in the sense of wanting to do justice to Sapkowski’s work. 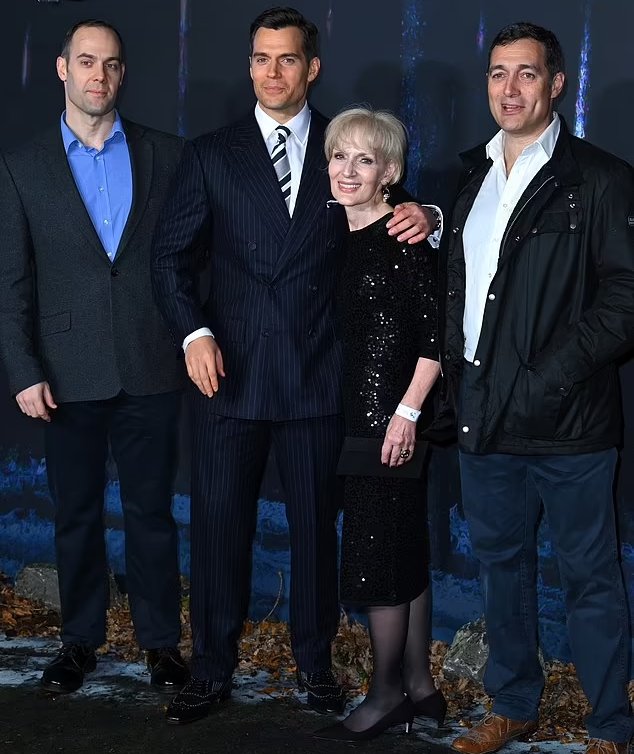 The element of magic is central to The Witcher. What are your thoughts about magic and is it something that might exist in the real world?
HC: I believe in magic, but more in the romantic sense and in the sense that sometimes signs appear in your life that seem magical. There are so many things that happen to us that are coincidences and can’t be explained. And there are many beautiful moments that happen which have an almost magical quality.
There are so many brilliant characters and stories that come from the world of fantasy. They allow people to enter this kind of magical world and the genre where you can appreciate different aspects of humanity from a place that exists outside the limitations of the real world.

Do you feel any inspiration from playing larger than life characters like Geralt and of course Superman in the past? You’ve spoken about identifying with characters who are in some sense outsiders or not properly understood?
HC: Like a lot of kids in school, I was one of those who didn’t fit in. I was fat, and kids love to use that to pick on you and humiliate you because you’re an easy target. I wouldn’t even be able to tell you how many times I was called Fatty Cavill! But all that teasing and constant abuse can either make you retreat more within yourself and feel a lot of self-pity, or you can use it to become tougher and make you want to succeed very badly in life. I chose the latter.
My parents were also very supportive. They encouraged me to not let myself become a victim of that kind of treatment and instead have a healthy self-image and be very self-confident.

Has that sense of determination helped you in your pursuit of success as an actor?
HC: That’s the kind of outlook that carried me through a lot of tough times when I wasn’t getting any parts and I had to take jobs as a barman in London to make ends meet. I would spend several months in L.A. auditioning for parts and then scrape together enough money to fly back to London to survive.

You must be able to make a terrific cocktail, then?
HC: Sadly, that’s not the case. I was a terrible barman and most of the cocktails I made were of the experimental variety. (Laughs) I managed to appear very convincing behind the bar even though I had no idea how to mix a proper drink. That’s where being an actor had some benefits!

You shot to fame very quickly with the Superman films and sometimes you’ve expressed your unease with dealing with that?
HC: At times, fame can be tiring or intrusive. You often find yourself reacting to it depending on what is happening in your life or the kinds of gossip that gets printed about you. But I prefer not to engage with it and simply enjoy all the things I have in life and for which I’m very grateful.

You have a dog that you named Kal after your Superman character’s real name, Kal-El. Do you try to take him with you when you are on press junkets like the one you’re doing now for The Witcher?
HC: In the past, I have. But this time I wasn’t able to bring him along because of all the COVID restrictions. But Kal is very important to me. He’s been in my life for eight years and during that time he has been my closest companion. And we’ve done a lot of travelling together and there is this bond that develops between you. I miss him!

The above comments by Henry Cavill were made during the course of his press appearance that took place on Dec. 10th at the Four Seasons Hotel in Madrid, Spain. His comments have been condensed and edited for length and clarity.