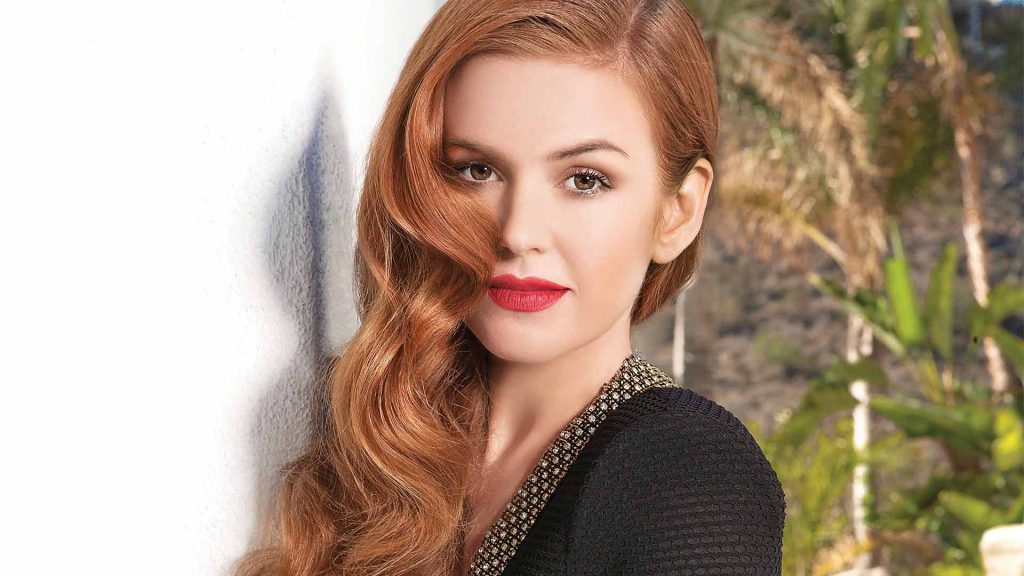 Aussie star Isla Fisher has long been acclaimed for her comedic gifts. Apart from her dramatic roles in The Great Gatsby, Nocturnal Animals, and Now You See Me, it’s her funny side that has endeared herself to the public in films such as Wedding Crashers, Bachelorette, and Confessions of a Shopaholic as well as her seven year stint on TV’s Arrested Development.
In her new film, Greed, directed by acclaimed filmmaker Michael Winterbottom and co-starring British comic legend Steve Coogan, Fisher gets to indulge in heavy satire in this wicked exposé of the fashion industry. The story centres around the swashbuckling behaviour of a fictional British fashion mogul Sir Richard McCreadie (Coogan) – who will remind British audiences of controversial UK billionaire Philip Green – and his excessive lifestyle. Fisher plays McCreadie’s ex-wife Samantha and she revels in this witty and socially-conscious critique of the fashion industry and the slave wages paid to the third-world factory workers who produce our clothes.
“I’m really proud to work on this film,” Fisher says. “I’ve wanted to work with Michael Winterbotton ever since I saw Welcome to Sarajevo and A Mighty Heart. This is an important film which comes at a critical time. It’s shining a light on obvious failings within the system and it’s useful to understand that ‘fast fashion’ has a human cost. It’s very easy to pop into a shop to buy something but it’s completely balmy that people who are making the product are not receiving fair wages.”
The 43-year-old Fisher was born in Muscat, Oman, to Scottish parents before the family relocated to Perth, Australia. Fisher, who has often been compared to the Hollywood comedienne Lucille Ball, owes her comic touch to watching “Monty Python, Fawlty Towers, Blackadder,” while growing up in her native Australia “apart from my husband’s influence.” That other comedic influence is none other than her husband Sacha Baron Cohen, the satiric genius best known for Borat and The Dictator. They live in Los Angeles with their three children, Olive, 11, Elula, eight, and Montgomery, four.
With respect to Greed, it has been revealed that director Michael Winterbottom had originally wanted to add an epilogue to the film which consisted of information cards that preceded the closing credits and which explained how workers are paid obscenely low wages in sweatshops in Myanmar and Bangladesh while global fashion moguls rake in extraordinary profits.
The cards also documented the wealth of retail tycoons such as H&M’s owner, Stefan Persson, who is worth about $18B, and Zara’s owner Amancio Ortega, worth around $67B, et al. Winterbottom said Sony Pictures, which produced Greed, pulled the cards from the final version of the film because the studio was “worried about the potential damage to Sony’s corporate relations with these brands.” 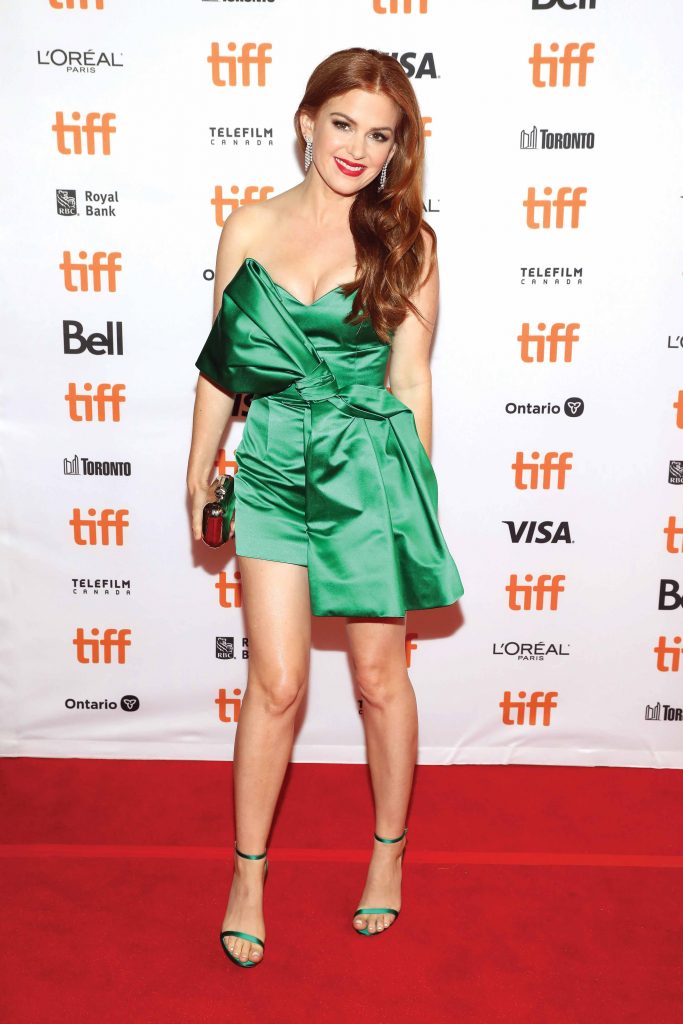 Greed is a satiric take not merely on a fashion tycoon who indulges in excess but also a critique of the clothing industry itself. How do you feel about the issue?
ISLA FISHER: I don’t think any of us as consumers should responsibly be involved in this whole structure. I’ve been guilty of shopping in those places like TopShop but definitely after reading this script I felt differently about it. I’ve always worried about the clothing industry from an environmental perspective, knowing that clothes are sitting in landfills because clothes are not able to be recycled in the same way that we recycle glass, for example…
There’s a human cost of fast fashion and we as women want to be able to shop for clothes in an ethical way. We don’t need a ninth pair of shoes at the cost of someone getting paid a very low wage. But we’re not attacking the consumer in this film, we’re attacking the system [that creates this enormous income disparity.]

What was it like working with British comic legend Steve Coogan who plays the wicked fashion mogul?
IF: I’m a very big fan of Steve’s and it was really fun working with him. He’s been incredibly generous on and off camera. We also got to improvise together and it was a thrill to be able to improvise with someone like Steve Coogan.
But I’ve been fortunate enough to work with a lot of comedians over the last ten or fifteen years. I like to think I’ve discovered a kind of chutzpah that enables me to go into improvisation scenes with the hope that I’ll be able to volley back something semi-decent but my hit rate is probably one in ten! [Laughs] 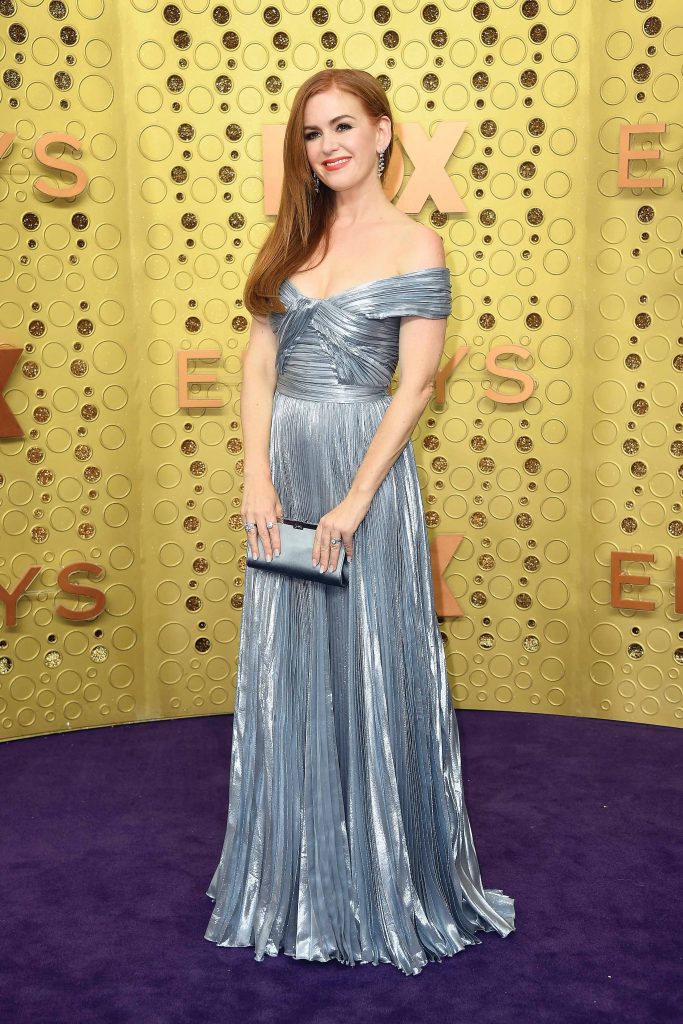 Does comedy come naturally to you?
IF: I don’t have to work on it that much. I learnt to make the other kids at school laugh very early on. Because my family moved around a lot, I was constantly switching schools and you’re forced to make new friends very quickly. And one of the best and easiest ways to get other kids to like you is to make them laugh. That’s how I really developed my sense of humour.

Is comedy your first choice when it comes to work?
IF: There’s something about comedy and humour which just gives me so much joy. I think it really helps us get along with each other better and brings us closer together in ways that we don’t even realise. I’ve always enjoyed expressing that side of me in films and there’s this incredible feeling that you get from trying to deliver a line in a certain way to get a huge laugh or just from speaking to friends and making an ironic remark that triggers that kind of reaction. I just love those moments.

Your first big acting break came when you played in the Australian soap opera, Home and Away. What was that experience like for you?
IF: I couldn’t have asked for a better way of learning how to act. Because you’re working so much, so fast, you have you to learn very quickly how to react and how to deliver a lot of bad lines the best way possible! [Laughs]
But it’s probably the best kind of acting school I could have wished for. You learn to be a professional and become very comfortable working under pressure. 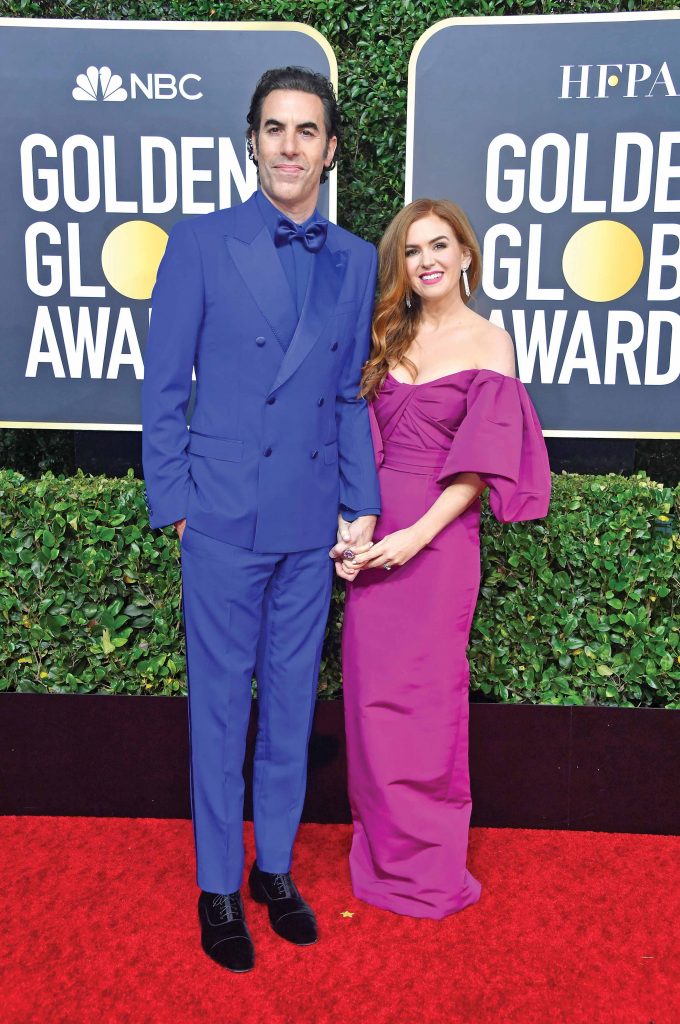 Although you’ve gained a reputation as an outstanding comedic performer, you originally wanted to work in dramas?
IF: Yes, but for whatever reason, after I arrived in Hollywood, I kept going to auditions for a lot of dramatic parts but I never got them. But then I met my husband and he was the one who pushed me to try to work in comedies. He thought I was very funny and that it would be easy for me to find work in those kinds of movies.
So I told my agent that she should try to get me auditions on comedies and the next week I auditioned and landed the role in Wedding Crashers. That was a huge step forward for me even though I still had to wait a year before I got my next role! This business can be very unpredictable.

Apparently your mother was instrumental in encouraging you to develop your acting skills?
IF: My mother [Elspeth Reid] did a lot of amateur theatre when I was growing up and she often took me backstage where I was completely fascinated with the kind of excitement that comes with watching how a stage production works. I was four when I saw my mother play the lead in Twelfth Night and right away I fell in love with performing, seeing all the costumes, and everyone running about. It was such a fascinating environment to be part of.

How have you yourself adapted to motherhood and raising three young children?
IF: It can be stressful sometimes juggling everything but I prefer to be at home with my kids as often as possible so I’m not constantly searching for work. I don’t want to spend long periods absent from home or disrupting their home life too much. Family is so important to me. 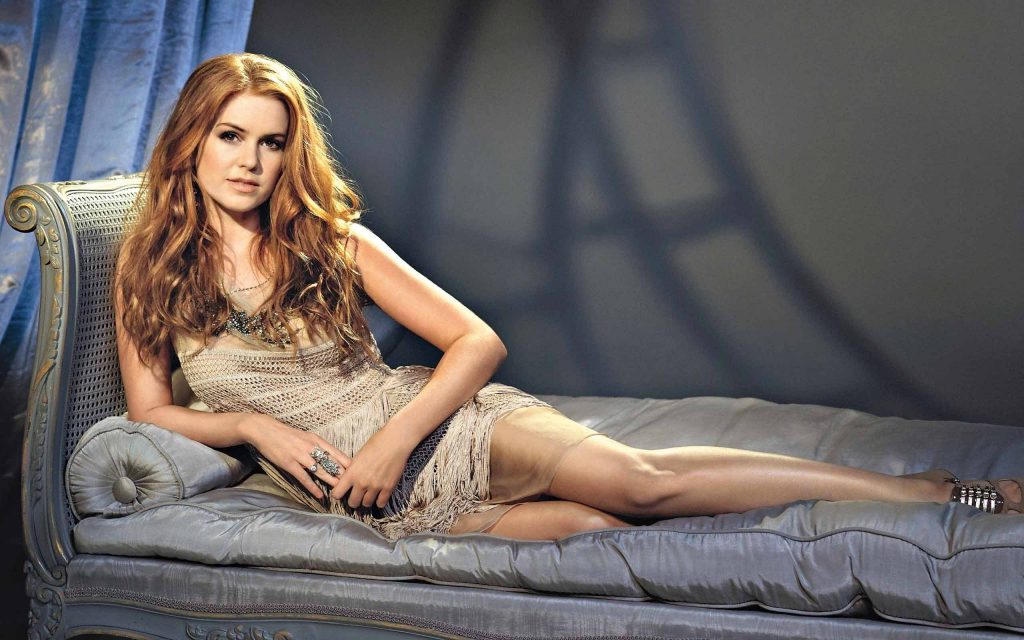 Your husband Sacha Baron Cohen is known for his comic genius. But recently he starred in the series Spy in a very serious dramatic role?
IF: I think just seeing him play such a restrained and serious character will surprise a lot of people. He’s really done a phenomenal job which the reviews have attested to and I’m very proud of him.

Is he often as funny at home with you and your children as he is in his films?
IF: Yes, he’s so funny. I feel so lucky, too. I’ve worked with so many amazing actors who are great comedians – Owen Wilson, Ryan Reynolds, Bradley Cooper, and Zach Galifianakis. But nothing was funnier than working with my husband on Grimsby. All of his lines just made me laugh. 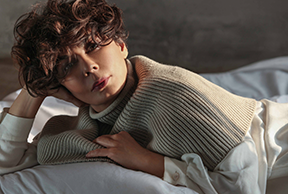 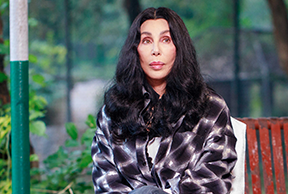 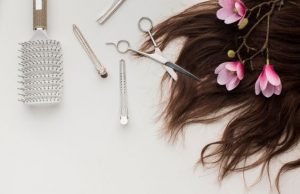 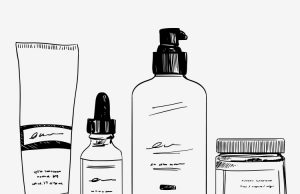 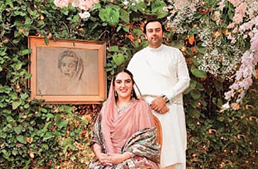 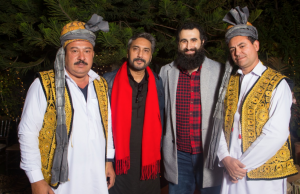