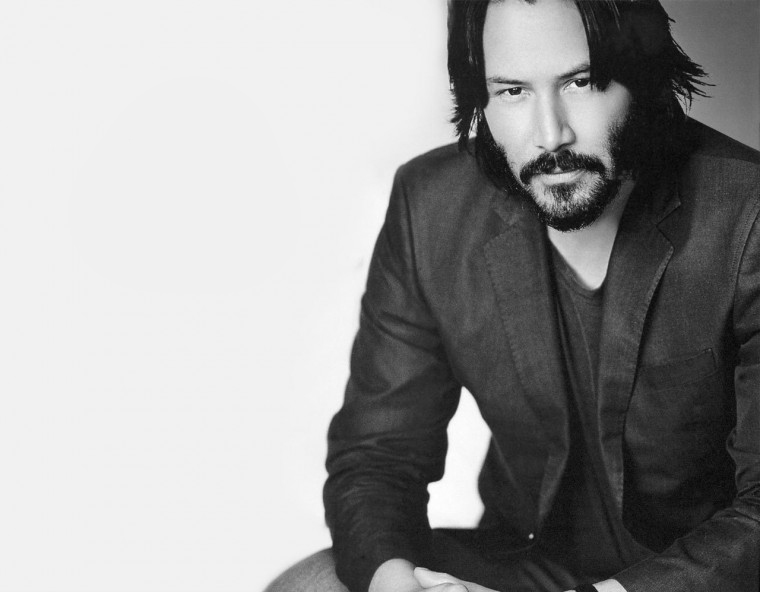 The classic sci-fi franchise turned Keanu Reeves into a Hollywood icon in the guise of Neo, aka Thomas Anderson, the mysterious black-robed warrior fighting to defend humanity against its machine oppressors.  Opening in the UK and elsewhere around the world on Dec. 22nd, Resurrections marks the fourth installment in the classic sci-fi franchise created by the Wachowskis, the sibling director/writer team that pioneered the use of Asian martial arts fighting techniques and cinematography in Hollywood.
Reeves, who turned 57 in September, believes that Neo is one of most remarkable characters in the history of cinema and that he feels privileged to be part of yet another Matrix movie.
Said Reeves: “It’s pretty astounding. It’s a beautiful, film, it’s a love story, there’s action, it’s full of ideas, and it’s something very special for me to be involved personally and creatively. It’s a Matrix film that confronts who we are and what’s going on. It’s about the best of ourselves.”

Matrix 4 features an almost entirely new cast of characters – Neil Patrick Harris, Christina Ricci, Jada Pinkett Smith, Lambert Wilson, Jessica Henwick, and Priyanka Chopra Jonas – the only exception is Reeves and fellow Canadian actor Carrie-Anne Moss as Trinity.  The plot remains a tightly-guarded secret.  All we know so far is that the world is still divided into two realities and that Neo returns from oblivion to battle a new and improved Matrix.
DIrector Lana (formerly Larry) Wachowski revealed that after seeing Matrix 4 for the first time in September, Reeves was deeply impressed by how the franchise continues to offer a glimpse into our collective future:
“Keanu really was blown away by it, and he said something [in his casual brilliance] that was incredibly insightful: ‘Twenty years ago you told a story in which you described the coming twenty years and the problems of the nature of digital, virtual life and how it was going to impact us and how we think about it, and gave us a frame to be able to think about it and talk about it. Now you’ve taken the same character and the same stories and the same stuff, and somehow you made it about the next twenty years…How did you do that?’”
Reeves, who grew up in Toronto, Canada, lives in Los Angeles with his fiancé, artist Alexandra Grant, 47,  with whom he previously collaborated on two book projects. Keanu will next be seen in John Wick: Chapter 4, the latest volume of the action film franchise that he himself helped develop and produce.  The film is slated for release in May, 2022.  After he had wrapped shooting on John Wick 4 in Paris in October, Reeves rewarded his four-man stunt crew each with Rolex Submariner watches valued at £7300 apiece.
This September Reeves released “BRZRKR,” an expanded anthology comic book that he first began developing in 2017 and which was released by Boom Studios.  Netflix is currently producing a live action series based on the book together with Reeves. 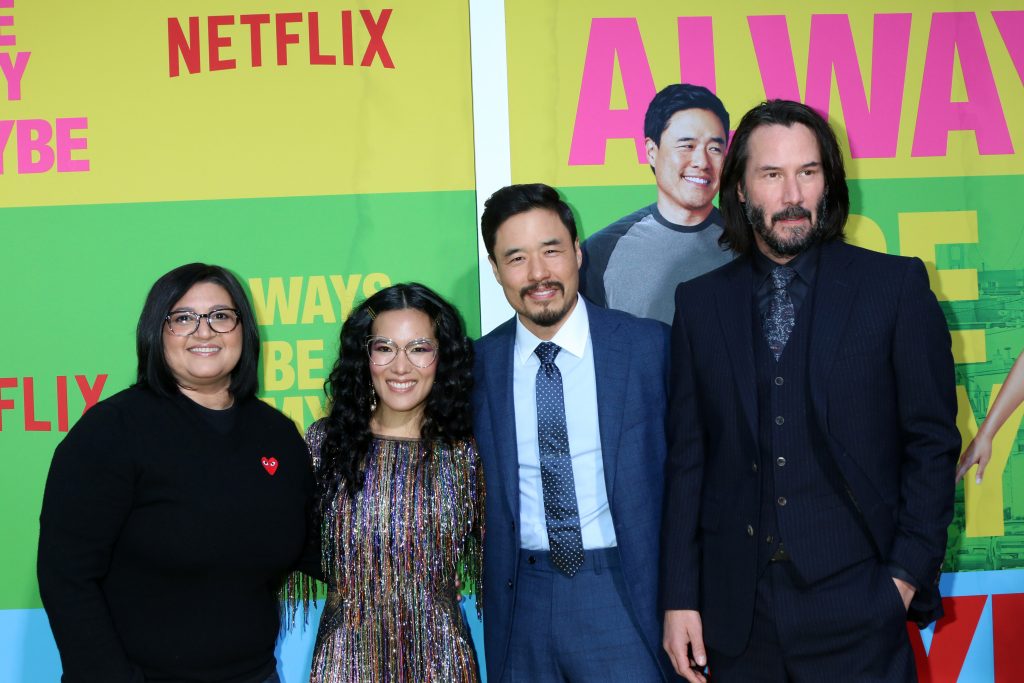 What is your take on Neo and the kind of mission he’s on?
KEANU REEVES: The evolution of Neo is one of the most beautiful journeys I have ever taken part in as an actor.  When we last left him at the end of the trilogy he is ready to make the ultimate sacrifice…I think back to when the Deus Ex Machina at the end of the film asks Neo: “What do you want?’ And my answer as Neo is: “Peace”. I get chills thinking back to that moment!
When you get to revisit a story like this you’re bringing in the past and the other work you’ve done. So returning to The Matrix is revisiting the interior emotional state of your character and then you put on that character’s costume and [with that] comes the exterior and then you just feel it.

The original Matrix film and its two sequels represented something of a revolution in terms of the stylized action sequences.  Did you know at the time you were part of this cutting-edge approach in filmmaking?
KR: I was very impressed when the project was brought to me and it was an education to be part of the kind of wire-work and fighting techniques that I had to adapt to.  But it was the overall concept and universe that the Wachowskis were creating that stood out the most for me.  I think that’s what got audiences involved as much as the way the fight scenes were shot. 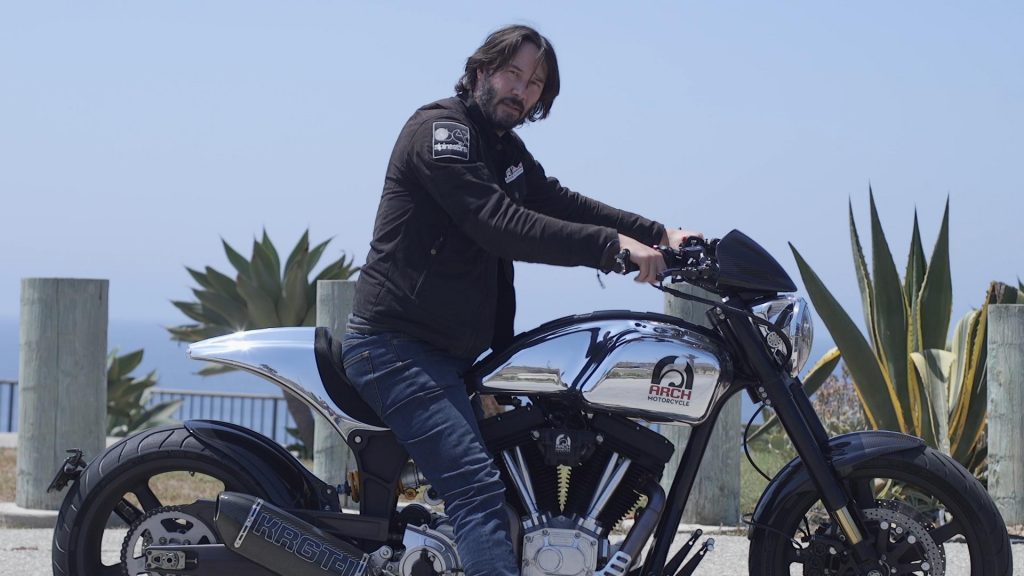 How did you first approach the kind of training you needed to prepare for the unique fight sequences that The Matrix helped pioneer?
KR: Making those films made me train and work harder than I could have imagined.  But once you get into it, you want to keep improving and working on your technique and body movements.  You also learn to absorb a lot of physical punishment to your body.
But I knew what I was getting into.  Not everyone might be aware of it but The Matrix was conceived as a trilogy from the very beginning and once the first one was successful [the Wachowskis] were able to get the next two made.

You get to dress in black again in The Matrix which has been the style you adopted for your John Wick films.  What do you like about black – is it meant to convey a certain starkness or minimalism?
KR: I think black is very stylish.  It doesn’t draw attention and when I’m wearing black suits it definitely influences how I behave.  But in movies like The Matrix which kind of set a trend, I guess,  and John Wick, there’s this mournful quality to it.  There’s also something priestly to black.  I don’t know… 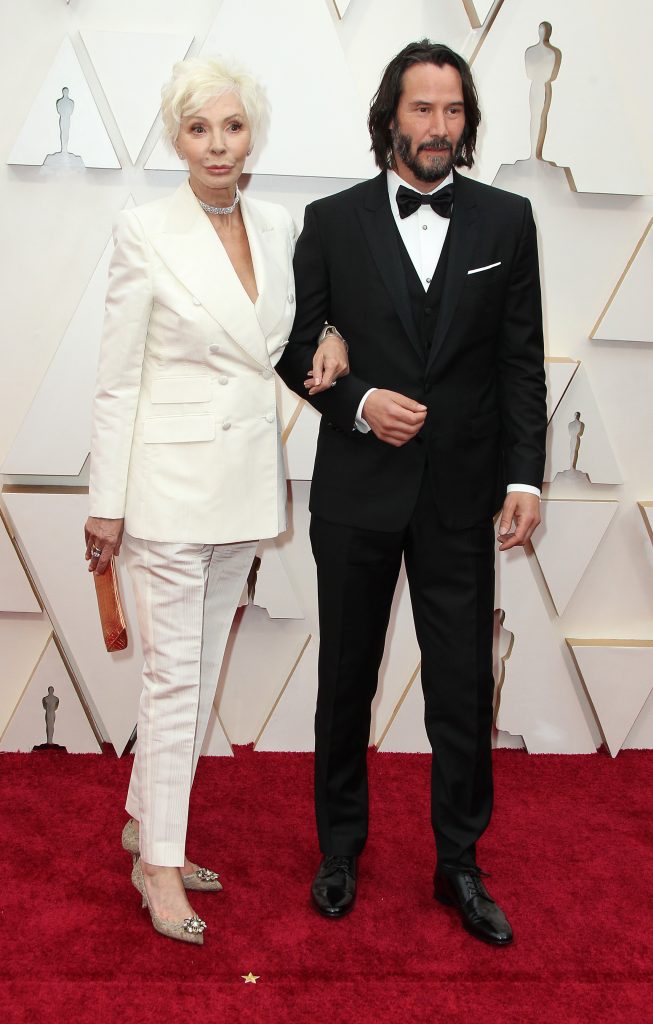 How have you been able to handle the physical grind of making the new Matrix and John Wick movies?
KR: I can’t do all the things I did 10 or 20 years ago but I’m much more skilled in terms of the different techniques I’ve learned playing John Wick. It’s more a matter of being able to choreograph your movements in a very specific way that adds to the impact of how the fight sequences are filmed.
But now the way these scenes are shot has evolved a lot from the time I did the original Matrix films. The technology is way better in terms of the wire work and now actors can perform movements that were not even remotely conceivable before.

Do you find it odd in a certain sense that some of your best work has come in The Matrix and John Wick franchises which rely heavily on action and violence when you’re known for being a very peaceful and easy-going in real life?
KR: It’s about harnessing the energy inside you…Violence is not in my nature and my interest in martial arts is related to the kind of training I’ve done for movies.  I’ve always been inspired by Asian philosophy and art, which is all about finding an inner balance.

Your John Wick films owe a debt to the kinds of cutting-edge fight sequences and visual treatment that The Matrix popularized. Was it during the Matrix films when you first became interested in martial arts and Eastern philosophy?
KR: No, it probably started when I was younger, at least with the philosophical aspect of it. I took Aikido for a couple of weeks when I was about 10 or 11, but didn’t actually start doing martial arts until the first Matrix film. Looking back, I wish I had started younger. (Laughs)

Are you good at kung fu or other martial arts?
KR: I’m very good at movie Kung Fu but in a real fight I might have a lot of fighting spirit but I don’t think I would have the necessary skills.  It’s more than just knowing the forms and techniques, there’s another art altogether when it comes to actual combat.
I first started getting interested in martial arts when I was around 10 or 11 and I studied Aikido for a month.  The next time I practiced martial arts was when I began training for the first Matrix film.

When you were growing up in Canada, you actually started out wanting to be a professional hockey goaltender before you got into acting?
KR: As a teenager, my only real passion in life was playing hockey, like millions of other Canadian kids. I practiced and played as often as I could and I dreamed of playing for the Canadian team in the Winter Olympics.
But then I started getting into acting when I was 15. I started taking acting classes and doing community theater, and then I played John Proctor in a high school play called The Crucible, and from that moment I knew then that I wanted to become an actor. That changed my life.

You’ve just released the comic book anthology, BRZRKR, that is now going to be turned into a live action series by Netflix.  What can you say about the project?
KR: In terms of working with Netflix, yeah, they’ve been great. We told them: “You know, obviously, this is an R-rated piece,” and they were like, “yeah, we know. We read it.” And they were fine with it. So yeah, they’ve been pretty cool about it…I’m very excited about doing it. It’s graphic at times, but it’s also very impressionistic.

What kind of advice would today’s Keanu Reeves give to his younger, twenty-something self?
KR: I really don’t know.  Getting older has taught me to slow down and therefore things begin to happen to me more slowly. You learn to appreciate everything more. I’ve been very fortunate to work with so many good people and I’m very grateful for everything I have in my life.
The above comments by Keanu Reeves were made during the course of a Sept. 25rd Zoom chat while promoting the release of his new comic book anthology, BRZRKR.  With additional comments from a Dec. 4th interview for Bill & Ted Face the Music.   His comments have been condensed and edited for length and clarity.