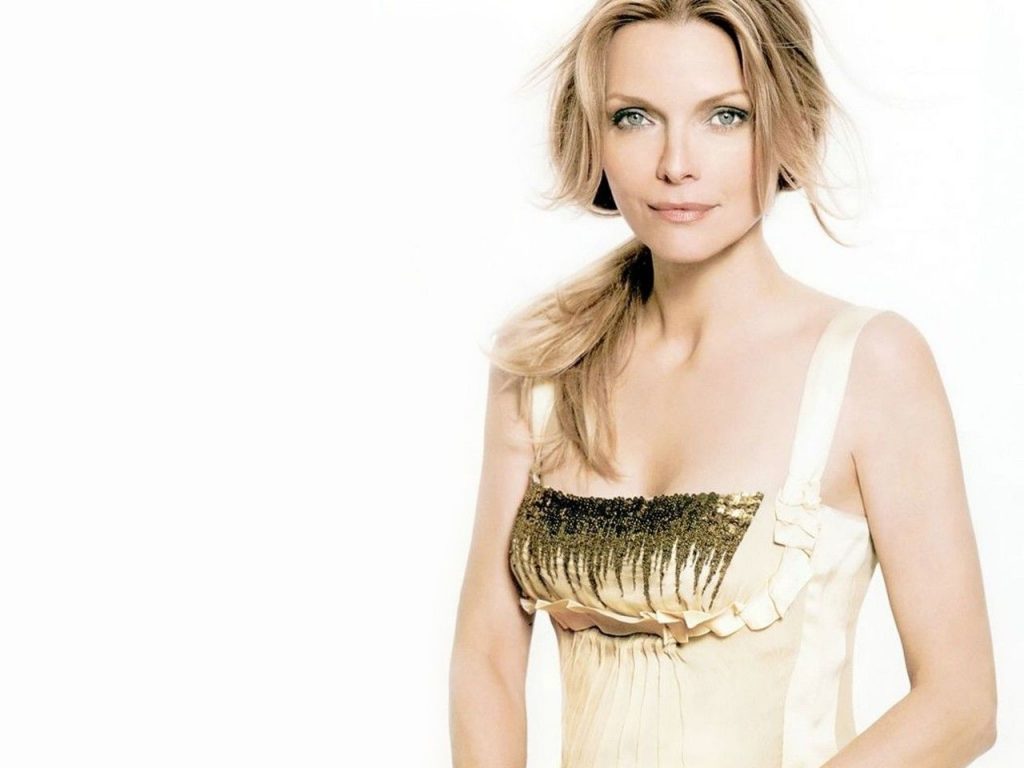 Michelle Pfeiffer is enjoying her ongoing career renaissance. Twice in her career, first in 2003, then in 2012, she drastically scaled back her acting career in favour of family life with showrunner/screenwriter husband David E. Kelley, and virtually disappeared from view after 2013’s The Family. But four years ago, after both of her children had left home for university, Pfeiffer was ready to go back to work. And in due course she appeared in a spate of films including Mother!, Murder on the Orient Express, Ant-Man and the Wasp, and Maleficent: Mistress of Evil.
“I’ve probably gotten pickier as I’ve gotten older and because life is very full and I was raising a family,” Pfeiffer said. “I think that it was harder and harder for me to leave my family and it took an extraordinary project for me to want to do that. But as an empty nester, I’m free to work as much as I want.” Now she’s back on the big screen with French Exit, a spirited comedy drama that sees her eccentric New York socialite Frances Price who, having exhausted her fortune, moves to a small flat in Paris together with her mild-mannered son Malcolm (Lucas Hedges) and her cat Small Frank whom she believes is the reincarnation of her late husband. The world-weary Frances displays a steely attitude despite a sense of melancholy as she faces up to her new life of modest means. “Unlike Frances, I wasn’t born into wealth, so I know what it’s like to get by on very little,” explains Pfeiffer “I think I always have a sense of, if I were stripped of everything right now, I would be OK. Ultimately, I’m really rich in love and relationships in my life. And I’m a survivor. I always have been. So I’m actually incredibly grateful for my background, even though at the time, I didn’t feel so lucky because all my friends had more than I had. But now I realize it was a blessing.”
The film is directed by Azazel Jacobs from the screenplay by Patrick deWitt which he adapted from his 2018 eponymous best-selling novel and also co-stars Imogen Poots, Isaach de Bankolé, and Tracy Letts as the voice of Frances’s cat.
Pfeiffer’s performance is so compelling that it earned her a Golden Globe Best Actress nomination and could well see her garner an Oscar nomination. Her portrayal of Frances is alternately tart and touching and the film, set for release in UK theatres on March 26th, offers audiences a fresh look at Pfeiffer who formerly reigned over Hollywood with her work in Scarface, Tequila Sunrise, Dangerous Liaisons, The Fabulous Baker Boys, and as Catwoman in Batman Returns.
Michelle Pfeiffer lives in Los Angeles with her husband of 30 years, legendary Hollywood writer and series creator David E. Kelley. They have two adult children, Claudia Rose, 27. and John Henry, 25.

What was it about French Exit that drew you to the project?
MP: Patrick’s writing just transports you – it was one of the loveliest scripts I had ever read and his adaptation of his book is so true to the tone and voice of the novel. Halfway through reading it I knew the script was something special…it was such beautiful material. He’s able to paint these wildly eccentric, slightly larger than life characters which are rooted in this reality and bring you into this insular world that you would never imagine. 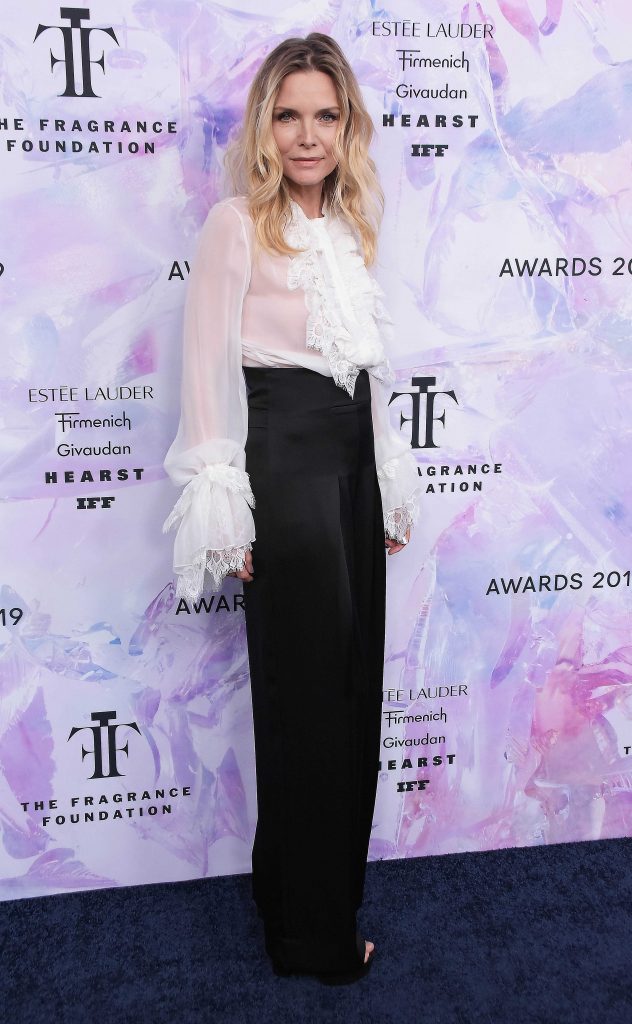 What was it that you enjoyed about this character?
MP: It was very liberating to play a woman who is very confident and unapologetic about who she is. I never had that kind of attitude although I wish I be more like that in many situations instead of trying to be as nice and polite as possible and not wanting to offend people. I love her uncompromising spirit and ability to go through life on her own terms. Even though she’s hard to get to know or understand, you respect her on many levels. I found Frances to be very intriguing because I never even knew that her kind of elite world existed. She’s funny, witty and very moving and I loved Frances.

Was it difficult to portray a character like Frances who maintains this exterior shell and one is not always sure why she behaves the way she does?
MP: It was challenging, but it was interesting to be able to approach a character who is not particularly likeable. Oddly, as Frances, the more sympathetic I tried to make her the less sympathetic she became, the less tragic she became. She’s damaged, and growing up in this [wealthy] bubble can paralyse you as an adult when you have to function in the everyday world and you don’t have the same survival mechanisms and don’t develop the same coping skills. Hopefully, you come away with a sense of the tragic nature of her personality and how, by the end of the film, there is some hope for [her son] Malcolm not to follow in her footsteps.

One of the most delicious moments in French Exit comes when Frances lights her table on fire after waiting too long to be served at a Paris restaurant?
MP: I mean, how many rude waiters have you really wanted to do that to? It was one of those moments in the script where you’re like, really? Who lights floral arrangements on fire in a restaurant? And yet, you kind of believe it.

DId you pattern Frances on any specific New York Upper East Side woman and her way of speaking or behaving?
MP: There wasn’t any one particular person, I drew on many women I’ve known over the course of my life. It was more a compilation of women although there was one woman who shall remain unnamed that I sort of patterned my dialect after. I had also met some younger people who come from that [privileged] world whose speech [patterns] I was able to draw upon. I would definitely put this film in the top five of my filmmaking experiences. It starts with the writing and it just carries you. We worked hard on it; being an indie film you work on a tight budget and you’re shooting a lot more scenes in a more compressed time frame, but we had such a great ensemble cast and that has always been something that I’ve enjoyed when working on films. 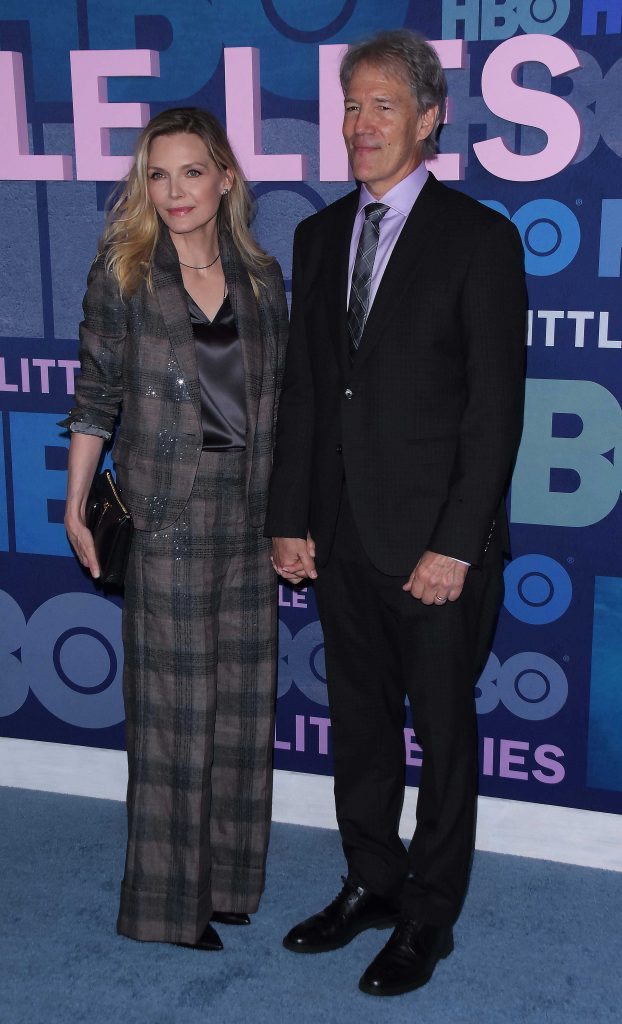 Have you been enjoying working regularly again the past several years after taking a break a decade ago?
MP: I’ve been having a lot of fun. I’ve always loved acting and feeling at home on a film set. It’s also exciting for me to work with a lot of very talented people and be a part of that world again. And even when I was working less I was always open to a really great film although I imposed a lot of conditions when it came to how long I would be shooting and how far away from home it would be. But taking time off was never an issue for me…I was so happy being at home with my family and raising my children that I never felt I was missing out on anything. I had already done a lot in my career that I thought it was more important at that point in my life to devote myself to my children when they really need you to be there for them.

How do you approach choosing projects today as opposed to recent years where you largely avoided acting work?
MP: In the past I tried to make it as difficult as possible for people to hire me because I really wanted to be at home with my family. But I’ve always been picky when it comes to projects and I have never had a specific plan or idea about what type of role I want to play. I usually go by instinct and I look for stories that are exciting and allow me the chance to work with talented people. I’ve learnt from a few bad experiences in the past that you need to do a film for the right reasons.

What does a specific role need to offer you before you’re willing to commit to a film?
MP: When it comes to a character, I like to choose roles that scare me a little. I also need to feel an emotional reaction or connection to the role otherwise I won’t do it because I feel there’s not enough there for me to latch onto. I have to feel that it’s challenging me on some level and lately I feel very fortunate to have found a lot of good projects that have allowed me to play characters that are different from what I’ve done in the past.

What’s the hardest role you’ve ever played during your career?
MP: Probably playing Katya in The Russia House. The character itself was not so difficult, but there were scenes where I had to speak Russian and learn to say the lines properly. I remember I had trouble with one particular line in Russian which took me a long time to get right.
Russian is very difficult to pronounce because the language contains so many particular sounds that don’t exist in English. 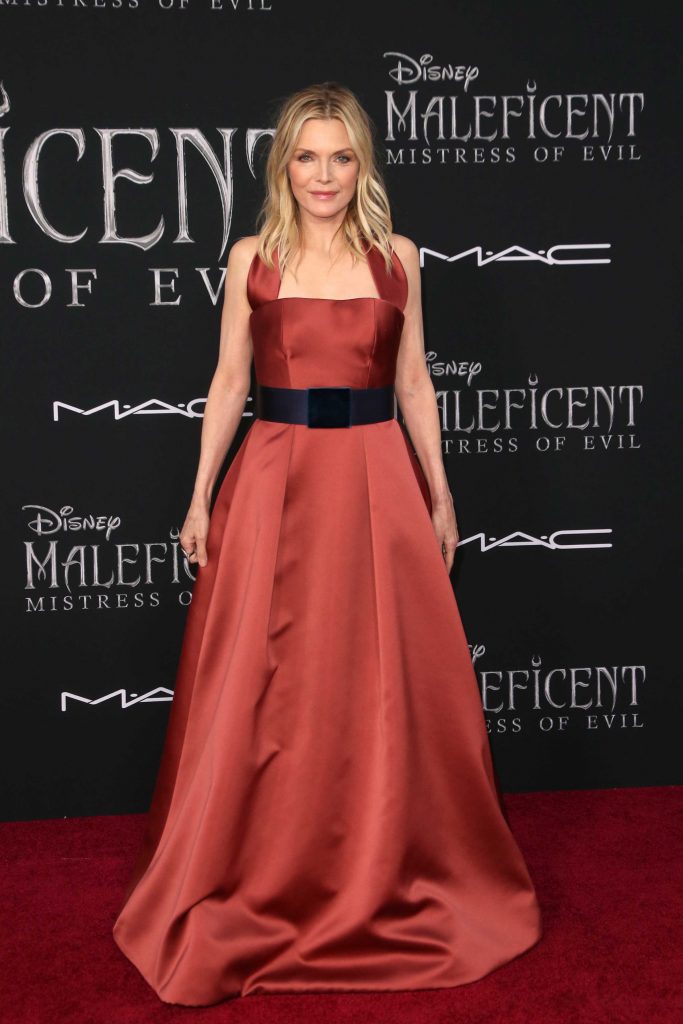 Hollywood has changed so much since you first became a star. Was dealing with the paparazzi ever an ordeal for you?
MP: I’ve never been someone who’s felt very comfortable with the press and at the beginning of my career I was terrified by the paparazzi. Sometimes when I would see photographers waiting for me I would run in the other direction not knowing where I would be going! (Laughs) 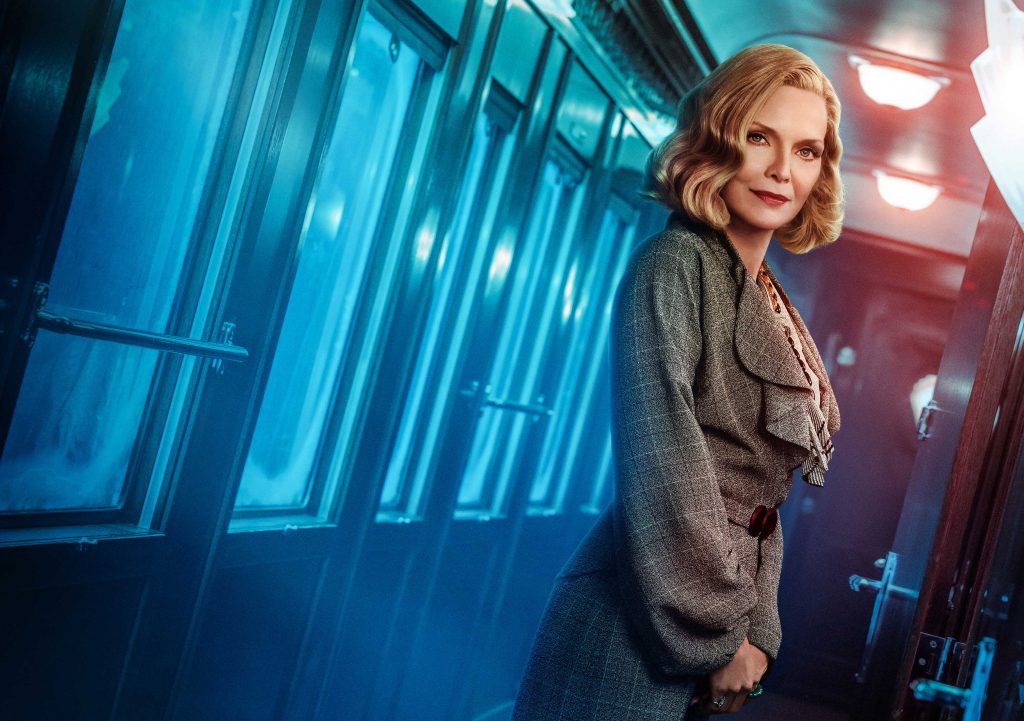 What’s different about the experience of acting for you today compared to earlier in your career when you have admitted to feeling insecure at times?
MP: I enjoy it more and I have less anxiety about the process. But even when I didn’t feel as secure as I might have wanted to while playing a role, that kind of feeling can also help you push yourself more and you wind up doing your best work even though you might not feel that way while you’re doing it. Although I think it’s important, at least for me, to have a certain amount of nervous energy before I do a scene, I don’t feel as much anxiety about the work in general. I’m more relaxed now when I’m working.

The above comments by Michelle Pfeiffer came via a Zoom chat that took place on October 9th during the course of the New York Film Festival while she was promoting French Exit which was making its world premiere at the event. Her comments have been condensed and edited for clarity.