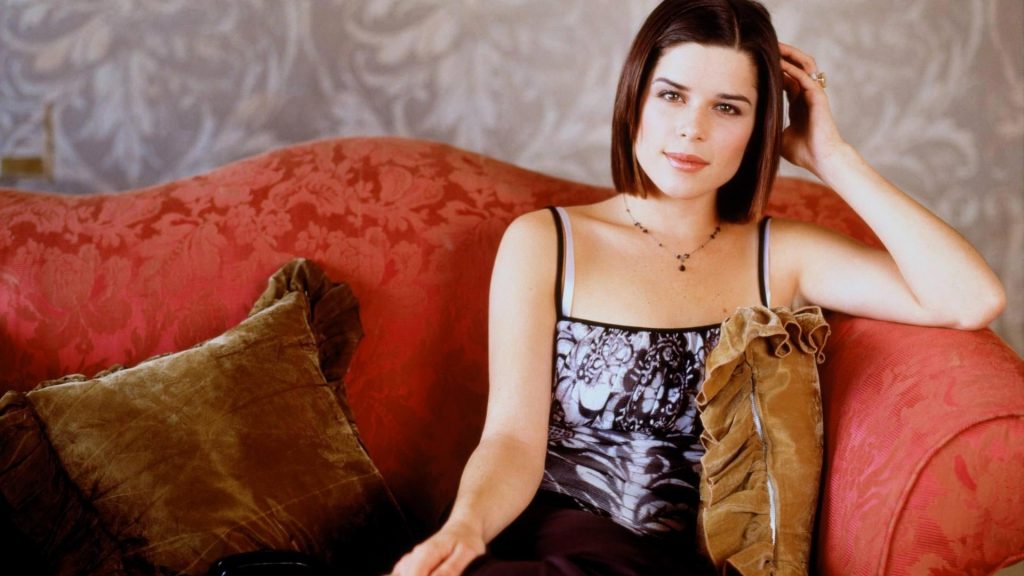 Neve Campbell has long maintained a certain amount of ambivalence towards her Hollywood career. Having burst onto the scene in the popular sitcom Party of Five in 1994 where she would spend six seasons playing Julia Salinger, Campbell made a much bigger splash as Sidney Prescott in the original 1996 Scream, the Wes Craven classic that spurred a wave of slasher films and four subsequent Scream sequels. Although the attractive Canadian actress would gain acclaim for her work in 54, Wild Things, and The Company, and later in TV series such as Mad Men and House of Cards, nothing Neve did could ever compete with the popularity of her Scream tenure.
Most industry observers, as did Campbell, thought that the franchise was dead after the passing of Craven in 1995. However, new directors/writers Matt Bettinelli-Olpin and Tyler Gillett, best known for 2019’s horror comedy Ready or Not, wrote her a letter that persuaded her to return to the fold.
“I knew there was a possibility that someone would want to make these films again because they have been such a success,” Campbell said.  “But I was never certain that I would want to do one again after Wes (Craven) passed away. He was such a rock star and the reason that these movies were as successful as they were. There was just an absolute love and respect for him, and they wanted to honour him with this movie. That made me very excited. And then I realized who they were, because I had seen Ready or Not , and thought that was fantastic. After seeing that I knew they could do this movie.”
Joining Campbell in Scream 5, which opened in UK theatres and elsewhere around the world on January 14th, are franchise veterans Courtney Cox and David Arquette. And given the dearth of major releases in the wake of the Omicron variant, the film is expected to become the biggest Scream box-office success in the history of the series.
Scream 5 certainly won’t disappoint audiences. The film indulges in the ruthless self-mockery and the kinds of absurd twists that have kept audiences thirsting for more shocks and bloody mayhem at the hands of the knife-wielding psychopath wearing the macabre Ghostface mask. 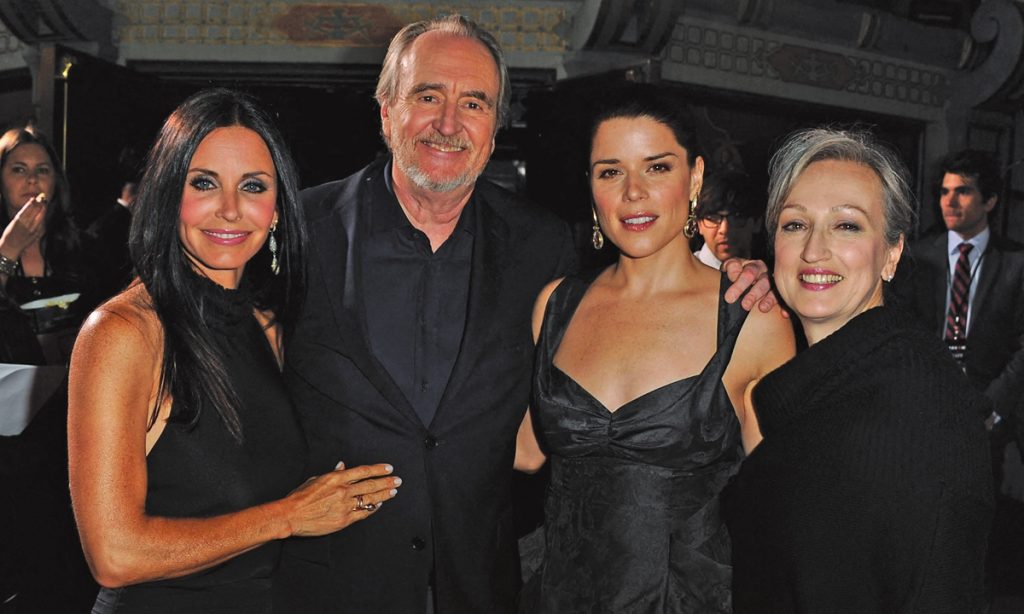 Neve Campbell divides her time between homes in Los Angeles and New York where she lives with her long-time partner, British-American actor J.J. Feild. They are parents to two boys Caspian, 9, and adopted son Raynor, 3. Campbell will soon be seen in The Lincoln Lawyer TV series based on the John Grisham best seller and which was previously made into the 2011 film starring Matthew McConaughey.
Apart from her acting career, Campbell has also devoted herself to charitable work on behalf of the “Buy a Cup, Give a Cup” food programme in collaboration with Mott’s Fruitsations and the Breakfast Club of Canada to provide meals for lower income children in Canada.

What’s the biggest change that we’ll see with your character Sidney Prescott in Scream 5 as compared to the previous installments?
NEVE CAMPBELL: One big difference for Sidney in the new film is that she’s now a mom, which adds a whole other level to her as a badass.  She’s in a very different place in her life and no longer living in fear or living in the past. She’s a mother who is in a good place in her life. Then chaos ensues. (Laughs)
Matt and Tyler (the directors) can be pretty bloody, so there’s a lot of blood in this movie. There’s just a lot of twists and turns — as there are in the other movies — but I don’t think people are going to be able to guess who the killer is, which is what you want from these films.

How do you account for the enormous popularity of the Scream franchise over the past 25 years?
NC:  People really loved the first one, and when you really love a movie, it’s fun to revisit the characters and it’s fun to see something familiar. Especially when it’s done well each time, which I think we’ve managed to do a good job of. That’s rare in franchises. I think people have their favourites, but there’s something about each one of these films I think people really love.
So we’ve been confident with each new one that there’ll be something great and that fans will get to see these characters that they love, and that they’ll have a good scare and they’ll have a good laugh. Hopefully people will see this in the theatres and not just via streaming because these movies are so much fun to see with an audience.
These movies are fun to watch with people you know, and then with strangers in the theatre all screaming at the screen and getting terrified, it just makes it a fun ride…You never know who’s next to be killed and that’s part of the fun. (Laughs) 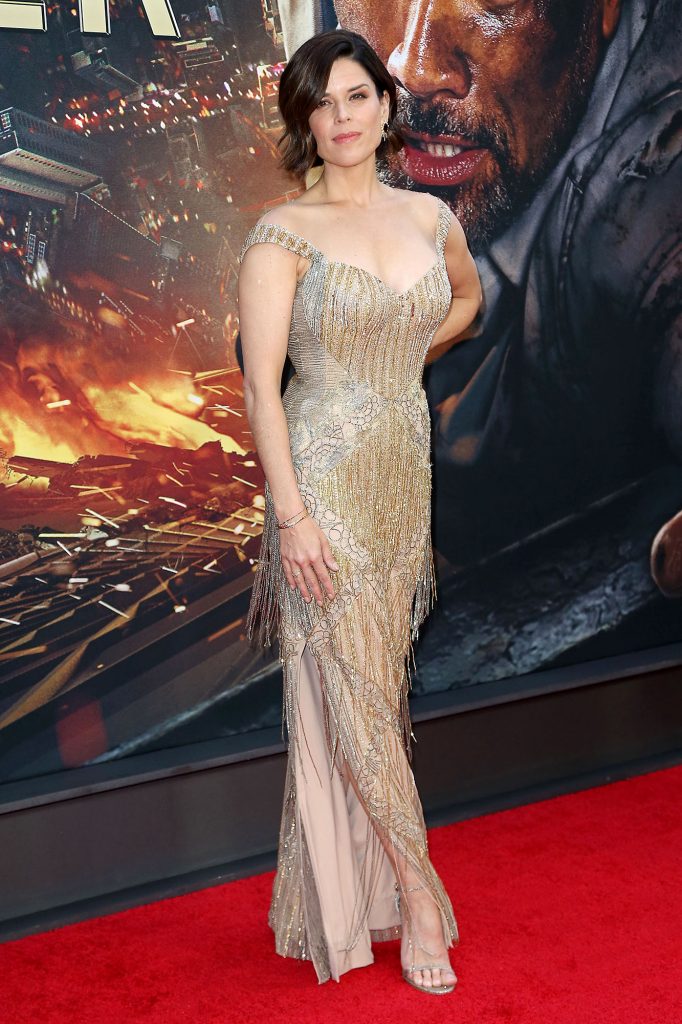 You’ve chosen to take a more relaxed approach to work over the course of your career when you could have worked more.  You even moved to London in the late 2000s as a way of escaping Hollywood?
NC: I needed a change. I had studied ballet intensely until I was 15 and then when I was 19 I spent the next six years doing Party of Five. It was like I never had a break or a chance to really spend time exploring life away from a TV or movie set. I also had to deal with the kind of attention that came with a certain amount of success and in London I was able to live pretty anonymously, do some theatre, take the tube, and not really feel self-conscious in any way. I had always grown up expecting to be part of a ballet company – I never imagined myself going to work in TV or the movies and so fame was something that came very suddenly and I didn’t have the time or awareness to be able to adjust to even in my late twenties.
But what was also great about living in London was that even if people did recognise me it would be very rare if anyone paid any attention or would come up and speak to me. I found that people were very respectful of one’s privacy and that was something I enjoyed a lot.

Why do you think it took you so long to adjust to your celebrity?
NC: I’m not sure. I was used to being very disciplined and working very hard as a dancer and you get used to living in a bubble. And then working on a series can be just as demanding in terms of the time you put in.
I still remember that when I was 23 I was invited to host Saturday Night Live and David Bowie was on but I didn’t know who he was. That’s how far removed I was from the outside world. Going to ballet school and working on a series was so insular that I didn’t know anything about pop culture. But later on I did at least get to know Bowie a little bit. (Laughs)

Do you have any regrets about having worked so hard from a young age in ballet school and then going directly into acting?
NC: No. That was my journey. I started dancing when I was 6 and then I was accepted into the National Ballet School (in Toronto) at age 9 and that’s what made me. Then when I was 16 I did Phantom of the Opera and that attracted enough attention which probably helped me land the role in Party of Five. Acting also offered me another way to express myself on an artistic level which is one of the reasons I quit the National Ballet School because I thought there was too much emphasis on technique.

As the mother of two young children, would you want them to get involved in dancing or acting the way you did at such a young age?
NC: When I think about my kids I don’t want them starting as early as I did unless it’s their passion. And ballet dancing is something that I would probably not want them to get involved in based on my own experience.  Dancing is very hard on the body. I’ve had spinal surgery, I’ve had foot surgery, I’ve had tendinitis, I’ve torn ligaments in both ankles, and I’ve had arthritis in my hips and necks. I could go on and on. Your body takes an incredible amount of abuse because of the constant training that’s involved.

Do you still dance at all?
NC: No. But I will always love dance. Dancers are incredible athletes and underappreciated on that level, and that’s why I made a movie called The Company [2003] with Robert Altman. People don’t realise what an incredible commitment it involves. 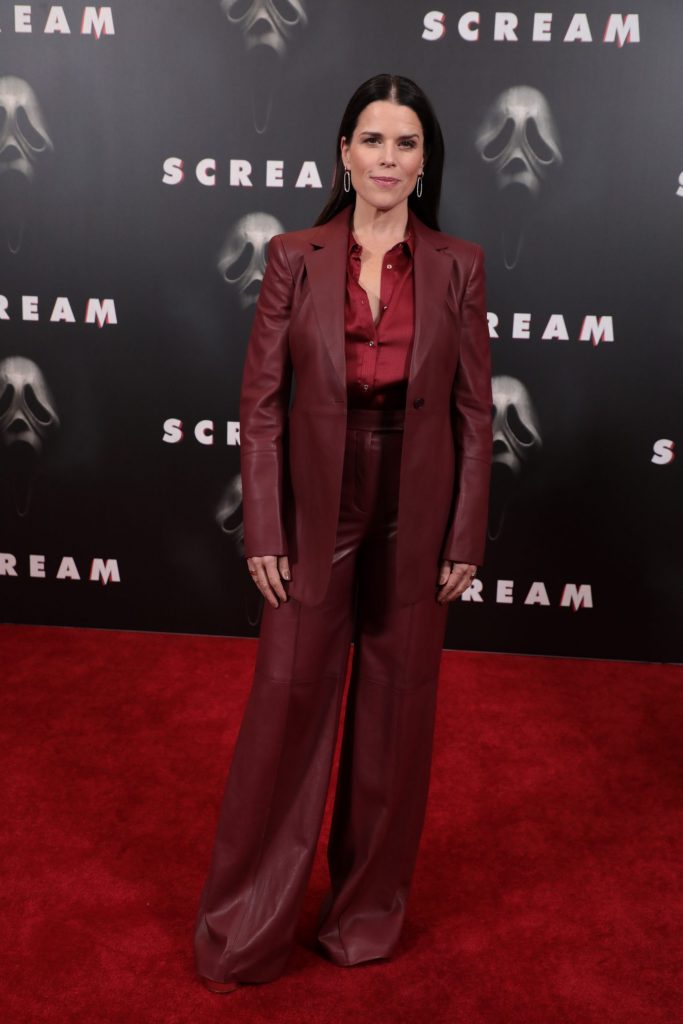 You’ve played in several big series over the past decade including Mad Men and House of Cards and now you’re doing The Lincoln Lawyer.  Do you prefer working in series?
NC: I really enjoy working in TV series because they offer you a sense of continuity and stability that working in films doesn’t give you. Maybe that’s because of the discipline that comes with having trained in ballet and wanting to be able to have some structure to my life.
Having children also adds some pressure in terms of wanting to be able to plan your time. I don’t want to be on a film set for several months away from home and disrupting my family life that way. I’m also not fanatically ambitious and I’ve never tried to become the biggest star.  That’s not important to me.
My father was an acting teacher and he helped me understand how there are always going to be ups and downs as an actor which is the nature of this profession. I’ve never forgotten that advice even after Scream brought me a lot of attention and I think that’s made me wary of stardom and not necessarily wanting to pursue a career at all costs.

What kind of advice would you have given to Neve Campbell when she was in her twenties?
NC: Not to take any of it too seriously. It’s hard when you’re young, you’re just so fearful of judgment, and getting it right, and what people say ⁠— I’m a bit more daring now. Not that I wasn’t daring when I was young, but I think I’m more daring with my performances, like I’m willing to fall on my face. I just don’t read articles, I don’t read press at all. It’s too hard. And certainly the internet can be really cruel. If you believe in what you do, I think that should be enough.
The above comments by Neve Campbell were made via Zoom chat on Dec. 7th from Los Angeles while she was promoting her new film, SCREAM 5.  Her comments have been condensed and edited for length and clarity.