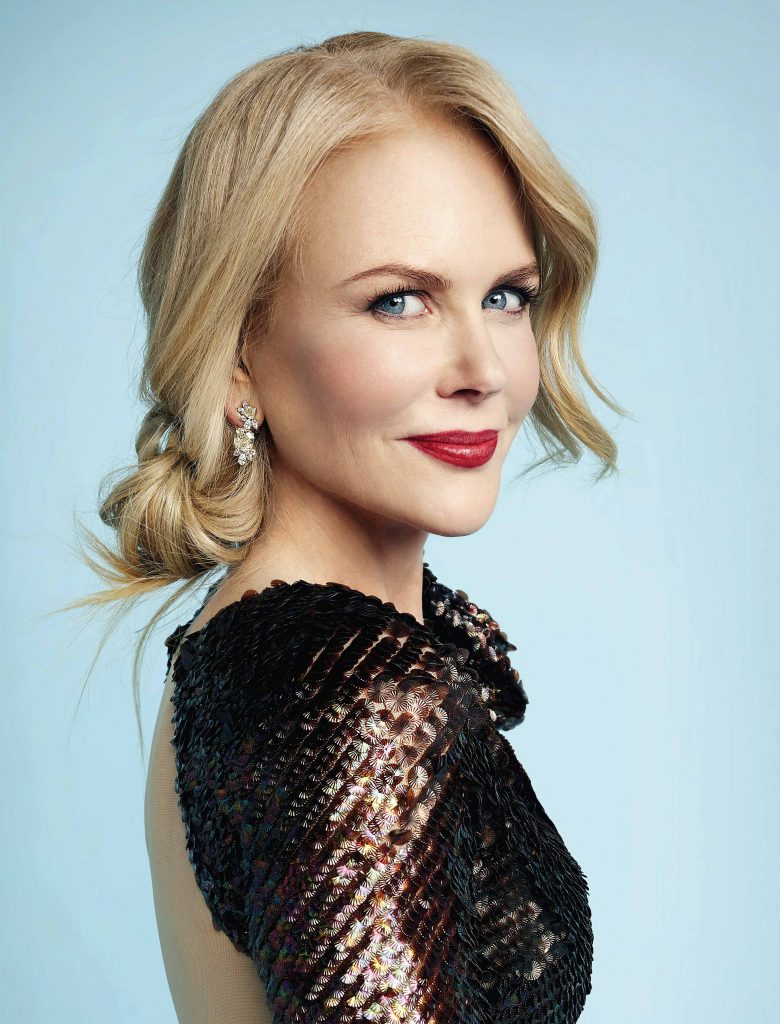 Nicole Kidman continues to show why she’s one of the finest actresses of her generation, someone who consistently delivers one brilliant performance after another. Her Emmy Award-winning turn in the critically acclaimed HBO series Big Little Lies – which she co-produced with Reese Witherspoon – was arguably the best work of her career. And earlier this year, Kidman attracted rave reviews as anchor-woman Gretchen Carlson in Bombshell, a film about the fall of Fox News boss Roger Ailes over sexual harassment charges.
Kidman was recently seen in the highly anticipated TV mini-series The Undoing, a six-episode drama written and created by David E. Kelley. Kidman played Grace Fraser, a prominent Manhattan psychotherapist whose new self-help guide, “You Should Have Known,” is about to be published. The book criticises women for failing to recognise certain disturbing traits about the men in their lives, advice that comes back to haunt her.
Grace lives with her husband Jonathan, an acclaimed physician (Hugh Grant), and their young son Noah, and appears to be enjoying a very full and rewarding life.  Her world begins to crumble, however, following a violent death and the terrible revelations that follow the disappearance of her husband. Grace then struggles to rebuild her life amid public recriminations that she should have heeded her own advice with respect to Jonathan.
“I’m playing a character that’s very intense, so I’m in the process of ‘shedding’ her now,” Kidman said at the series’ preview. “It’s a very strange feeling. When I’m working on a film, I don’t have time for myself. You’re working on adrenaline, and there’s an enormous amount of fatigue. Now I can do some yoga if I want to. I can go to the beach. I take hot baths with lots of oil. I love oil, and I love bathing in it.”
The Undoing is one the most talked-about TV series of the year, and benefits having one of the world’s top directors, Susanne Bier at the helm. Apart from Kidman and Grant, the cast includes Noah Jupe (as Grace’s son), Donald Sutherland, Edgar Ramirez, Lily Rabe, Ismael Cruz Cordova and Matilda De Angelis.
The 52-year-old Aussie is clearly in the midst of a highly gratifying and exciting chapter in her life. Her 12-year marriage to country music star Keith Urban has been a source of immense comfort and happiness for her. She revels in family life together with Urban and their two daughters, Sunday Rose, 10, and Faith, 8, at their expansive estate in Nashville, Tennessee and credits her time together for having enabled her to feel more empowered than ever in life. 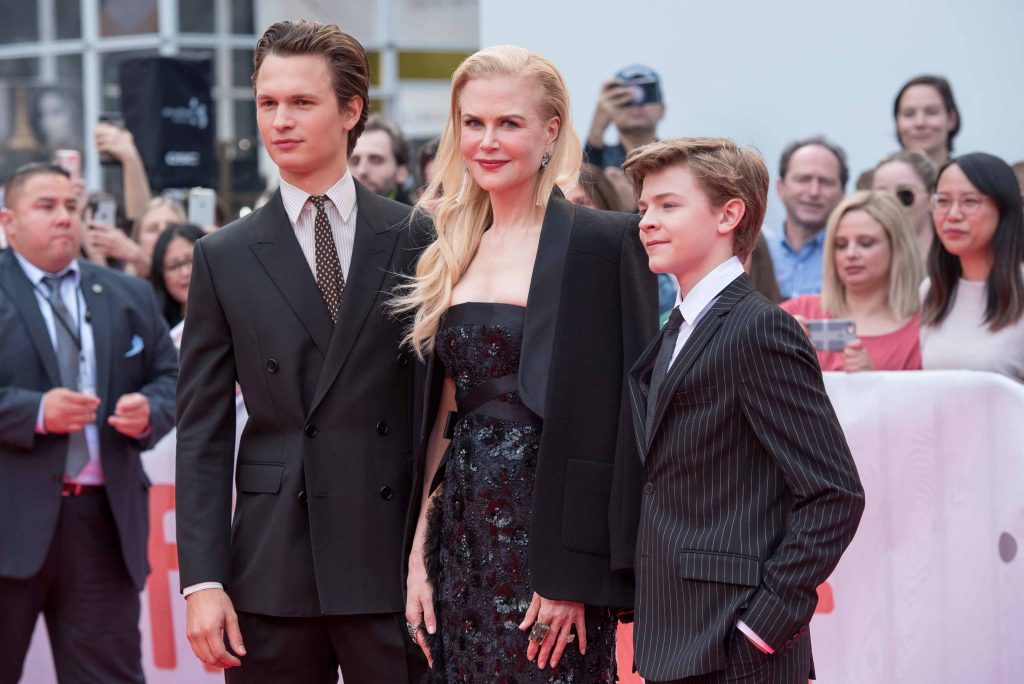 You seem to have found a lot of great projects of late. What is it that you’re looking for now after such a successful career?
NK: Just being able to have good choices. I went through a huge period of time when I didn’t have good choices. So many actors don’t have choices, and to even have a choice is an extraordinary opportunity. 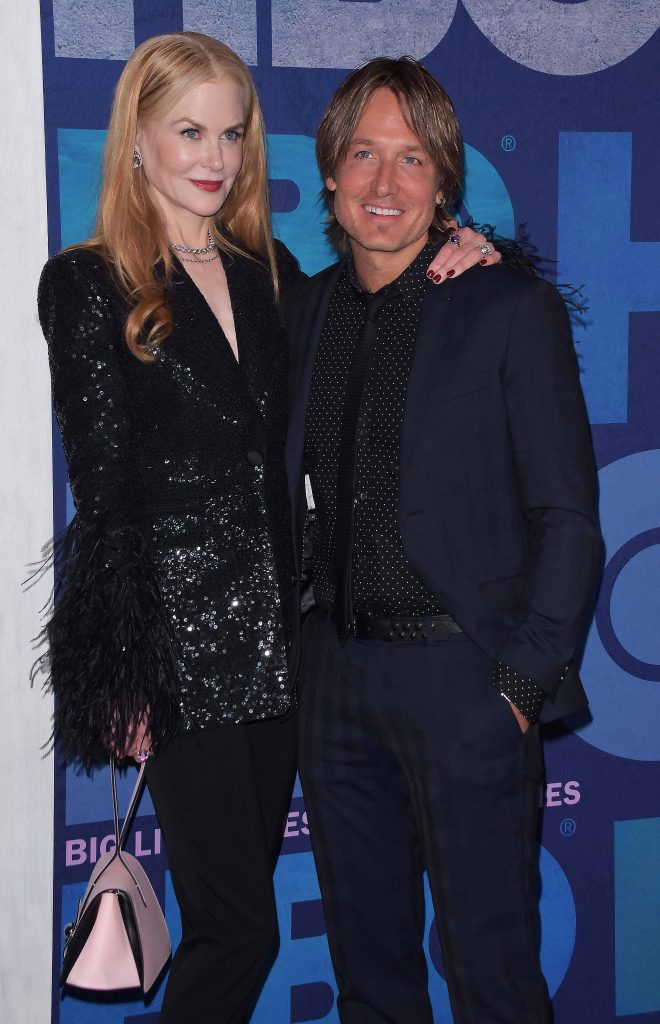 You’re an executive producer on The Undoing as you were on Big Little Lies. You also worked closely with David E. Kelley on this series?
NK: I went to [director] Susanne [Bier] with the series and said, ‘Do you want to do this?’ She was the only director we went to and she said yes. And that is just a wonderful thing.

The Undoing marks the latest in a series of difficult and demanding characters that you’ve had to inhabit in recent years including your work in Big Little Lies and your recent film, The Goldfinch.  What kind of toll does that take on you?
NK: A lot of times when you’re acting scenes that are very traumatic, your body doesn’t know the difference… You take it on, and you become that, and so much of it is then trying to shed that.
It’s something that I’m exploring, just as an actor with other actors right now, because how do you keep a lifetime of doing these sorts of things – because it’s so important to be telling these stories – but how do you actually stay healthy yourself, so that you can keep giving? 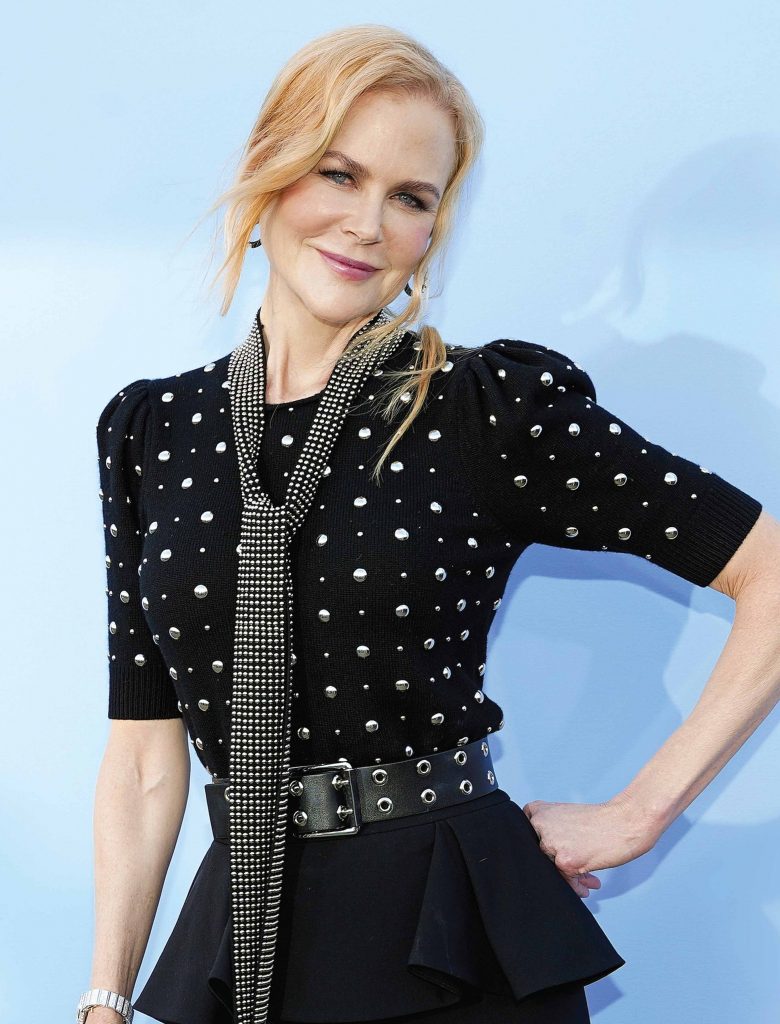 How have you managed to accomplish the process of shedding that you’ve mentioned?
NK: Oh, I took five months off. Actually I was off as soon as I finished this in June 2019 and I didn’t go back to work. I only started filming again in 2020 with Ryan [Murphy] on The Prom. So I’ve actually had quite a long break. It doesn’t seem like it. But I did.

Was your film Bombshell something that spoke to you in terms of how it explored sexual harassment at the workplace and a culture that devalued and demeaned women?
NK: Meryl Streep helped convince me to take it on even though I was tired at the time from filming [season 2] Big Little Lies. She said, [imitating Streep’s deep voice] “You should [do the movie], because you need to be part of something that marks a time in history.” And I said, “Yeah, you’re so right.”

Why was making this film important to you in the political sense?
NK: I’m not interested in making preachy films, I’m interested in getting in there [emotionally]. I respond viscerally to the issue of sexual harassment and discrimination. It’s not right. I don’t want this to happen to my child. I don’t want this to continue in society and so how do we change it. It’s a non-partisan issue.
That’s where you see this film is meant to not just be about Fox News but that if it works it works on a much bigger scale where this behaviour has to stop so that the world is a much safer place for all of us. 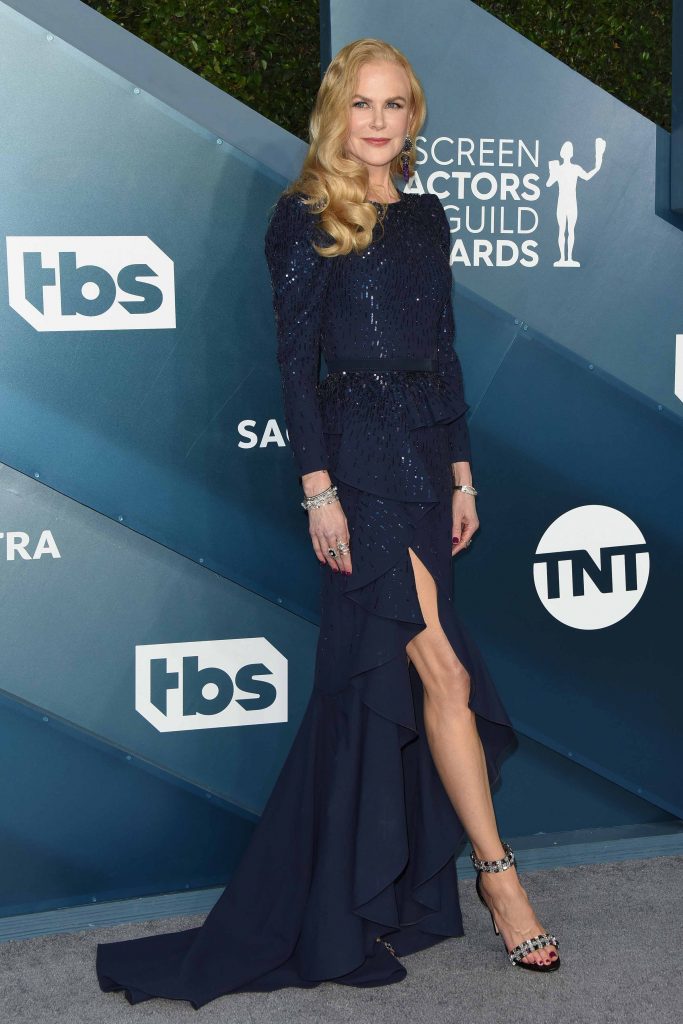 Big Little Lies is a landmark series in many ways, especially in that it was a series developed by women – you and Reese Witherspoon – and women occupy the lead roles.  What led you to get involved on that project?
NK: I wanted to control my fate. As an actor you are always at the mercy of others, directors especially, and sometimes it can be frustrating. I felt the need to create something from the ground up and that’s why I decided to work with Reese and produce the series.

Playing Celeste involved subjecting yourself to some very intense emotional and physical trauma through your character. Yet she’s also a very strong woman. What do you look for when you choose your roles?
NK: It’s not about being strong in itself, it’s the complexity and depth of the character that I respond to. What fascinates me about a story is knowing how to explore and portray the strength that women have to persevere in the face of difficult circumstances. And that’s what I did [for example] in Destroyer, where I’m playing a woman who is seeking inner salvation despite the terrible tragedy she’s suffered.
That’s the kind of intensity I often want from a role – I want to play characters that affect you on a very visceral level, not just intellectually. This is why I choose certain projects rather than others. My choices say a lot about what I feel, about my emotions and thoughts, and I always throw myself into my characters with as much conviction as I can bring.

Now that you’ve begun finding terrific opportunities on TV series, do you think that TV and streaming is going to displace movies in terms of public tastes?
NK: As an actress and producer, I’m grateful that more women’s stories are being told, whether it’s in the movies or on TV. Now I’m doing a series for Amazon, entitled The Expatriates, and I have other projects with them. And thanks to streaming, there are currently many more opportunities for actors. But I still love film and the opportunity to sit in a theatre with other people who share the experience.
I started skipping school at age 14 to go watch movies in the cinema where I was inspired by watching films by Kubrick and Fellini. But I also like sitting comfortably rolled up on my sofa at home where I can watch TV and enjoy a lot of the great series that are being made now. I think that both film and TV are going to be around for a long time.

You seem to be enjoying this chapter in your life with your husband, Keith Urban. Has the move to Nashville also made a big difference?
NK: I’m an introvert by nature, pretty quiet – someone who would rather stay at home. I’m very sensitive, so my capacity to deal with a lot of tension makes me want to withdraw from stressful situations. When I get home, the thing I look forward to the most is being able to hug my children and Keith, and that’s the kind of feeling which will always keep us connected.

Apart from your family, who are the people in your life who help you stay grounded and escape the pressures of celebrity?
NK: I’m very lucky to have a group of friends many of whom have been in my life since I was three. They are always there for me. It makes me want to cry because of the gratitude I feel for them.