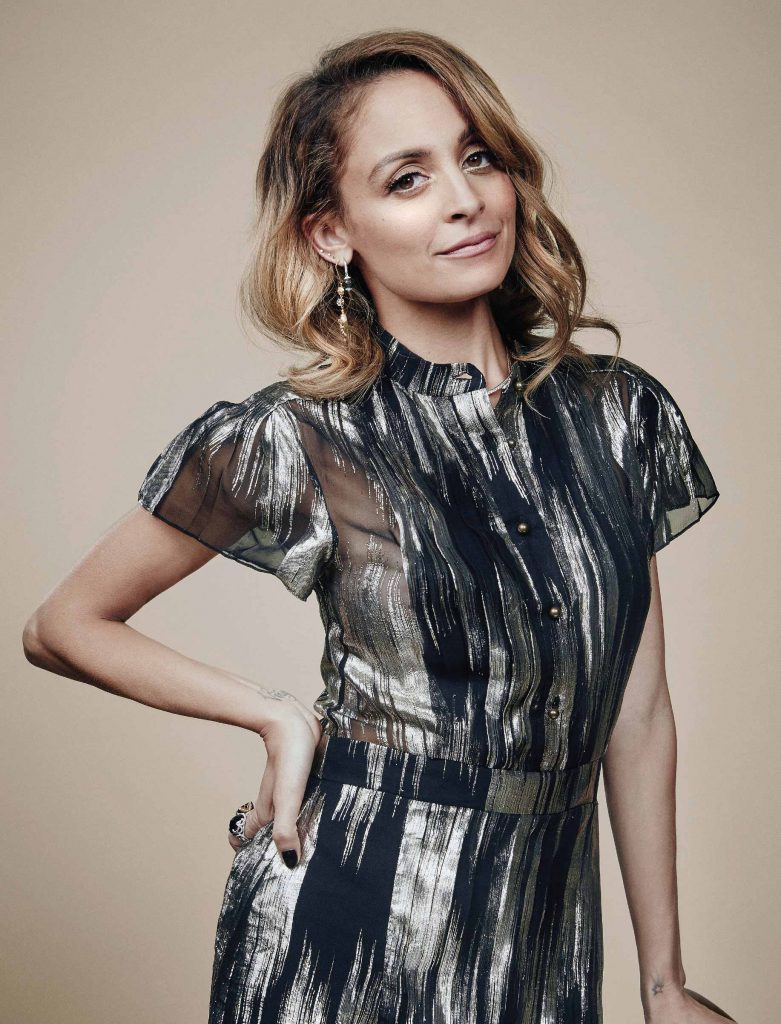 Nicole Richie is no stranger to creating entertaining personas. The adopted daughter of superstar Lionel Richie found fame in 2003’s The Simple Life, in which she played a wealthy socialite swapping her Hollywood bubble for small town America. Along with her best pal Paris Hilton, she had viewers gobsmacked as the ditsy pair tried different careers from waitressing to farming.
But a lot has happened since then. After a brief blip when her partying ways led to an 82-minute spell in jail for driving under the influence, she made a fresh start.
Becoming a mum to daughter Harlow, now 12, and son Sparrow, now 10, with Good Charlotte rocker Joel Madden, had a calming affect on Nicole, who was determined to be “the best parent I can be”.
She married Joel in 2010 and focused on building her awardwinning fashion range House of Harlow. Nicole also introduced her pal Cameron Diaz to Joel’s twin brother Benji, and they now have a baby girl, Raddix.
Nicole’s latest incarnation couldn’t be further from The Simple Life. Nikki Fre$h is a green-fingered eco-warrior and rap artist, hellbent on saving the planet as she creates her “music with a message”. She’s also the focus of a new comedy mockumentary series for mobile streaming service Quibi.
There’s an album too, all about “growing vegetables, loving crystals and being at one with the universe”. She recorded it with Joel, 41, an experience she describes as “fun, exciting, intimidating and frustrating”, and tracks include Bee’s Tea about saving bees. “I want people sweating until six in the morning, dancing so hard and listening to my songs,” says the tongue-in-cheek star. Here Nicole, 38, gives an insight into her family life as she offers her advice for a happy marriage and reveals just how much she’s changed in the past two decades…

How are you coping in this time of pandemic and protests?
Overall, I’m fine. I’ve nothing to complain about as far as quarantine goes and where we’ve been spending the past three months. I’ve done everything from cooking to spending time with my family. We’re coping.

What does the current prominence of the Black Lives Matter movement mean to you?
That’s a very big, but a very important question. There have been a lot of energetic waves [in recent weeks]. We’re in an unpredictable yet exciting time and this is how change is made. So we’re building the world we want to see. I’m all for it.

You’re a fashion designer, musician, actress, gardener, mother… which comes first?
Being a mum comes first, definitely. That’s where my heart lies. But I’m someone who loves to create. Life isn’t about wearing just one hat. 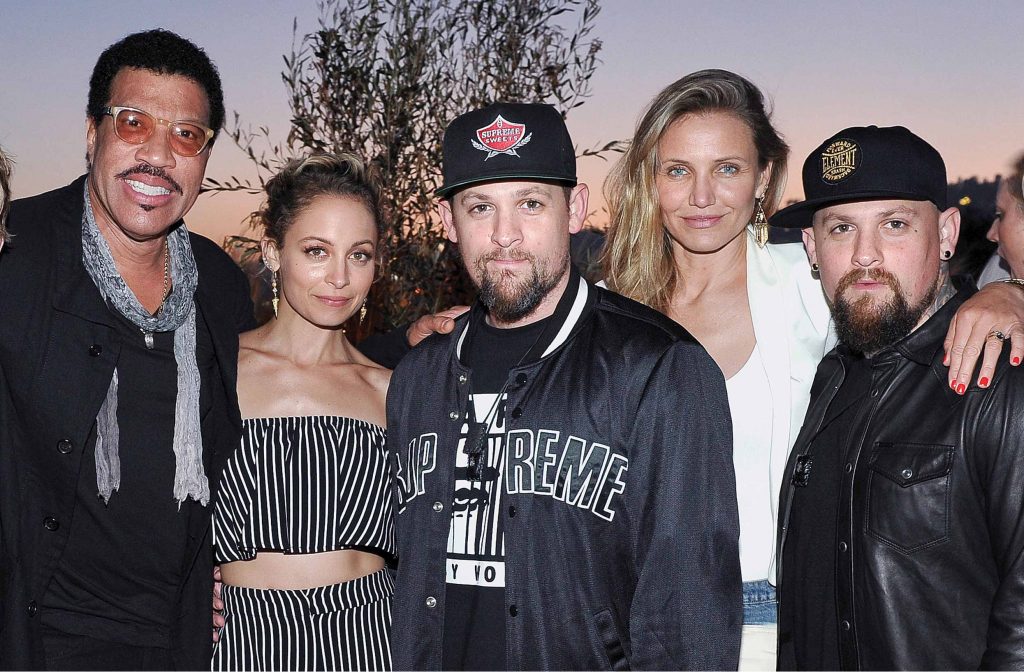 How much has married life and motherhood changed you?
The biggest change has been motherhood – but it’s also about age. Kids make you feel very specific on how you spend your time and where you put your energy. Time with your kids is precious so it takes a lot for me to go to a social dinner. It’s not as easy as it was when I was 22.

What’s the secret to 10 years of marriage?
There is no secret to marriage. Try to enjoy each other. Keep looking at each other as individuals, especially when you become parents. Go on a date and look at the other person as someone you chose to spend time with. We can get comfortable in our rhythms.

Did you and Paris Hilton ever envisage how huge The Simple Life would become?
We were both very young when The Simple Life started – I think I was 21 – and neither of us expected the show to be as big as it was. I haven’t seen Paris in a few months.

Did your experience of shaking off your The Simple Life image make you think twice about your new persona, Nikki Fre$h?
No, definitely not. I’m 38 now and this character is different, but I’m also different and my mind is different. Plus, what I want to put out into the world has changed. 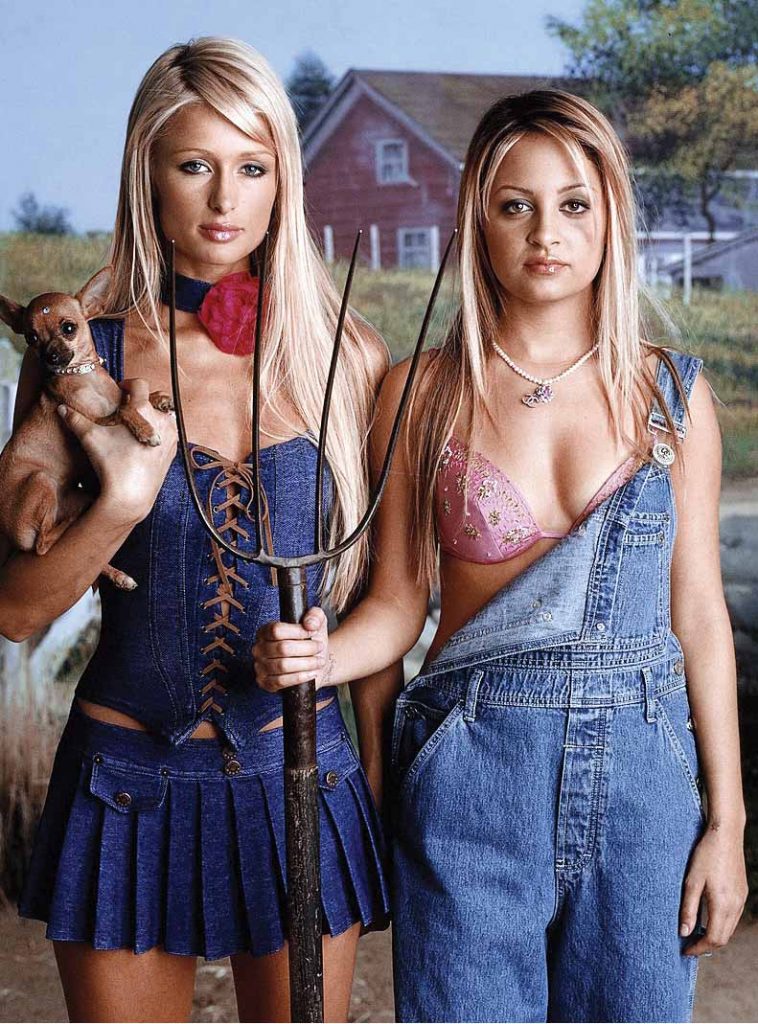 What was it like working with your husband on the new show?
It’s been great. My husband and I had never worked together on camera before. We’ve been very intertwined for this whole experience. We wrote most of the songs together on the album too, because he runs a music company. It’s easier to do the writing than be on camera together. That’s a bit more of a struggle for us.

How easy was it for you to rap?
It takes work! There’s definitely a skill to rapping, but I practise every day with my kids. They don’t like it, but I try to make up songs.

Will Cameron Diaz ever appear on your Quibi show as a guest?
I don’t think so. Nikki Fre$h doesn’t want to mingle with the obvious people in Hollywood. Her goal is to take something like gardening, which sounds old-fashioned and not cool, and translate it to the masses through rap music.

The show highlights your love of gardening…
I love it. We have a dog and chickens and we’re growing an edible garden at home. It’s very easy to stay home and do fun stuff. This is the time to start growing your own food. It’s so cool and powerful. I think everyone would feel really empowered if they knew how to grow food.

What are your top gardening tips?
I’d recommend a book called A Garden Can Be Anywhere by Lauri Kranz, an LA-based edible gardener. If you live in an apartment, you can grow herbs and that will get you connecting to the soil. I had a little bit of a snail problem and – don’t get mad – I put beer in my garden and drowned them. But it was natural. I don’t use pesticides.

Do you think our values are changing towards the environment?
We’ve been perpetually forward moving, but [the pandemic] is a moment for us to reset our lives. Even for me, growing my own fruit and vegetables, it’s a moment to look at myself and say, “What else can I do? Is there a way that I’m being wasteful?” Yes, there is. Getting packages [delivered] – I need to look at that.”