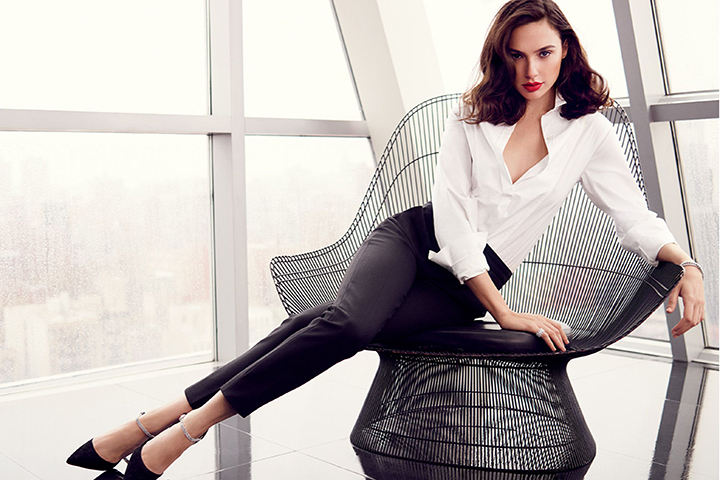 Hopefully super stardom won’t change Gal Gadot. The super-friendly actress has gone interstellar with the long-awaited release of Wonder Woman, the first superhero movie headed by a female lead. And while a title like that might inflate an actor’s ego very easily, the 32 year-old Israeli is a humble, grounded delight whose sense of humour is as much a part of her appeal as her stunning screen presence.

“All day I’ve been saying Wonder Woman is 76 years-old and another journalist said to me, she’s looks great for her age. And I just said, that’s the result of exercise, good thoughts and saving the world. It’s a simple formula.” 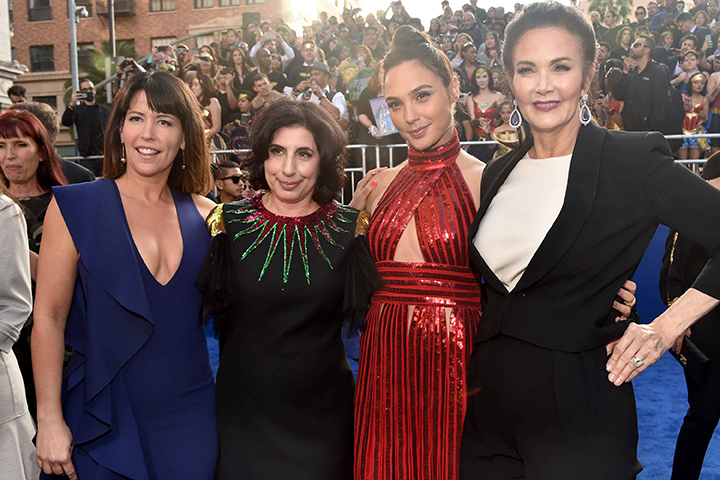 Still a relative newcomer by industry standards, huge pressure was placed on the former model and Miss Israel’s shoulders when she creamed the competition to land the role of Diana Prince aka Wonder Woman in Zack Snyder’s critically derided Batman vs. Superman – Dawn of Justice. Critics complained at her lack of experience; trolls baulked at her skinny frame which they deemed unsuitable when compared to the curves of Lynda Carter.

Despite the obstacles and hate, Gadot emerged as the saviour of Batman vs. Superman, with experts likening her performance to a phoenix from the ashes. And this only generated more expectation for the first standalone Wonder Woman movie. Set during WWI, our heroine lives out her days with her fellow Amazons on the island of Themyscira. But paradise is cut short when military spy, Steve Trevor [Chris Pine] crash lands on their shores. Informing Diana of the terrible events inflicting the global population, Wonder Woman travels with Steve to London to help bring a stop to the international conflict. 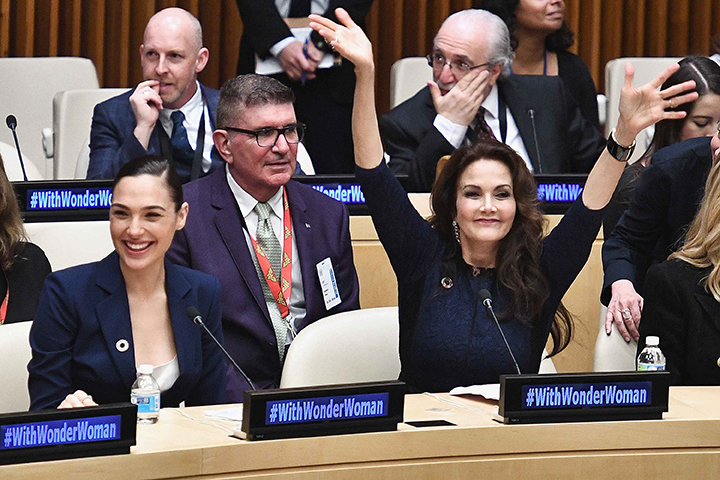 There she encounters a new evil she never could have imagined. It’s a gutsy, powerful performance from Gadot and an encouraging sign of what’s to come from the new star. Fun and irreverent, Gadot talks about the movie, why the role felt like an unattainable mountain and the physical demands she put herself under. The actress talks feminism, compassion and why her grandfather’s horrifying experience during the Holocaust has shaped her as a person. And Gal also chats about being pregnant during the reshoots and why her eldest daughter only had eyes for co-star Chris Pine. Gadot splits her time between Tel Aviv and Los Angeles with husband, Yaron Varsano and their two daughters, Alma, 6 and two month-old Maya. 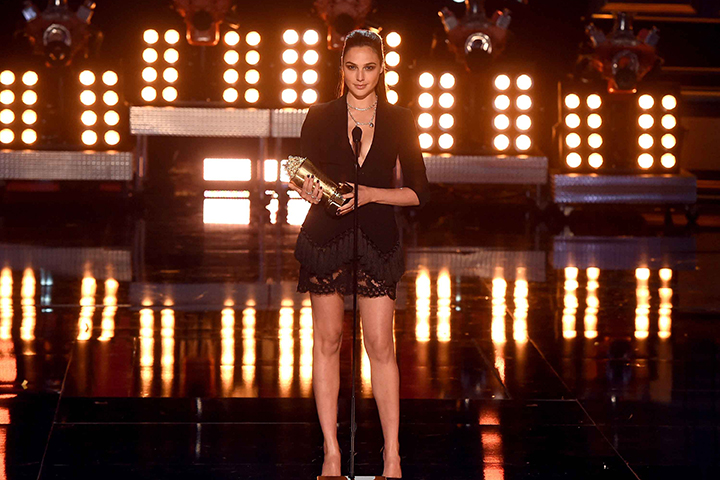 Finally, finally we get our Wonder Woman movie, it seems like we’ve been talking about it a lot. How does it feel now that the whole world can watch it?
GAL GADOT: It’s terrifying [laughs]. Yeah, it’s pretty intense. It’s my first lead and when we first started out on this journey, it felt like staring up at Mount Kilimanjaro, looking up. How the hell am I going to climb this? But we did it, it’s here. I love it, I’m very proud, it’s an understatement, I can’t convey how proud I am. And this movie wouldn’t be what it is, without Patty, I’m so blessed to have her as a director on this journey. It’s a rare talent for a filmmaker to be able to connect and create a very close, bonded intimacy on any level, but usually it’s quite difficult to achieve that on something of this size.

I felt very safe in her arms. Her vision was solid from the beginning, she wasn’t jumping around, she wasn’t shielding me from the process, she was inclusive and created this environment of harmony and taking on a job of this size, I needed that security. 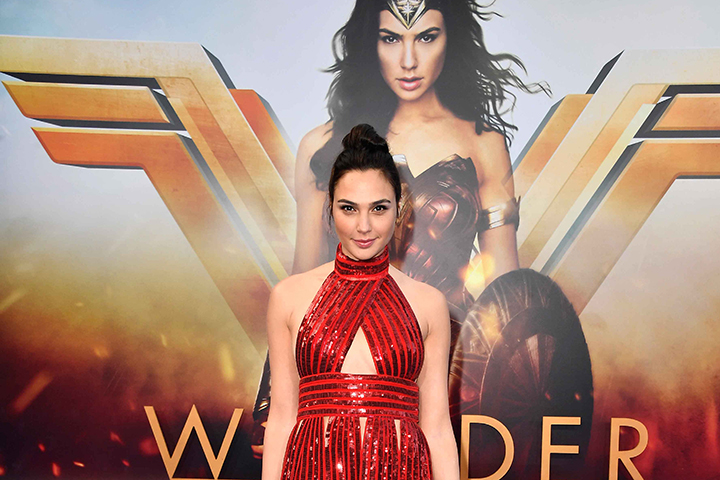 Does it make you proud to be leading the first superhero movie for young girls to look up to?
GG:

“It’s not just for the girls, its for the boys too. I don’t want it to exclude men from the audience – boys, young boys need
a powerful, female leader to aspire to, to help them grow and develop.”

As wonderful as it is to have worked on the first female superhero film, as great as that is for young girls to witness and absorb, it’s just as important for the boys. Strong amazing women, they’re the best of the best. Wonder Woman speaks to all genders, and I don’t know if the same can be said for some other superheroes, which makes me proud. She’s got the combination of femininity and super strength, what is better than that?

Do you think it would have been a very different film if directed by a man?
GG: It’s not about whether a woman would have been better for the job than a man, it was about the right person, having the most talented person, someone who knew the Wonder Woman story so well, who had a history with it. Patty is a fan, she’s excited to not only tell the story, but see the story unfold like all the other fans. She truly believes in the magic of Wonder Woman, believes in her belief in truth, compassion, love, Patty believes in her biggest strengths because she possesses them too.

Do you think you possess them too?
GG: I would like to think I do, yes.

“My grandfather was a great influence on me and he remained in my mind for much of this shoot because of the dominating theme of compassion throughout. He was a Holocaust survivor and he always taught me from when I was a little girl, no matter what happens to you in life, always find your light.”

He lost his entire family in the Holocaust but always focused on love and generosity and affection. We need all those things more than ever today. 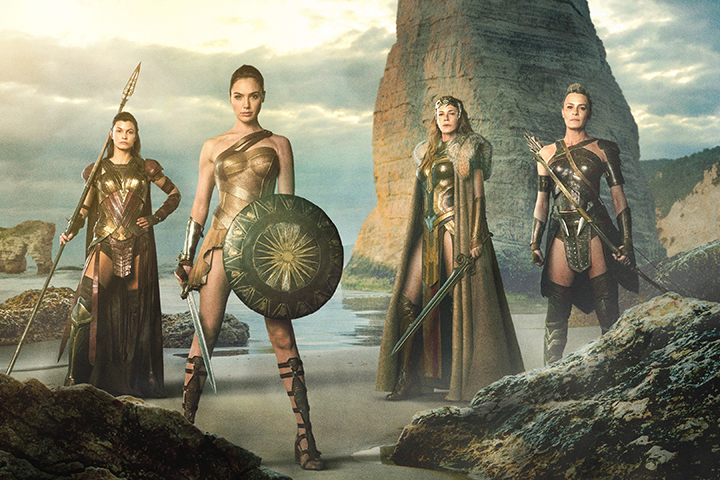 It’s a shame he never got to see you as Wonder Woman.
GG: It is, he would have loved it so much. I miss him but I want to teach the same lessons he taught me to my children, pass it down.

You were pregnant during the shoot, not ideal!
GG: Well no, it was the reshoots where I was pregnant, I wasn’t during the main shoot. But it didn’t hinder the process, I could still do the action stuff and physical scenes. Maybe had I been eight months, then that could have been an issue.

So your youngest is in the movie basically.
GG: She has an entry on IMDB [laughs]. It took me years and she’s not even born and already an actress [laughs]

Did you have a hint of a bump at that stage?
GG: There was a little one there, which they had to cover up with film magic. I had this green piece on my stomach so they could alter in post-production. It looked really funny.

You mentioned before that your eldest was mesmerised by the idea of you being Wonder Woman, she must be so excited now that it’s all happening?
GG: No, not particularly. When she was on set with me, all she cared about were the treats at the craft service table. That was heaven. That and Chris, she only had eyes for Chris. Always flirting [laughs]. I didn’t exist. Mum is Wonder Woman, that’s old news. She’s seen me in the costume so many times, it’s boring. ‘Boring Mum, when is Chris coming?’ At the beginning, it was a novelty, but now it’s what her mum does.

There was an incredible amount of physical prep for this role, take us through what you had to do.
GG: A lot. A lot, a lot [laughs]. And sometimes I didn’t like it. I complained a little. It was five six months in the gym, but then, I was also getting to work out for my job. That was my job and I think it’s pretty ungrateful to consider that a negative. They’re cooking for you, you’re eating this very healthy, very delicious food. It got a little repetitive after this first month, ohh great..chicken again! Every two hours. 2,300 calories a day. It’s not a bad problem but, you know, sometimes I wasn’t hungry [laughs].

So I was working out probably every day, well not every day, I had to take breaks. But I was doing two hours of weights every time to make my body strong and capable to hold the strength of Diana, a lot of boxing too, which I really enjoy. Because she is the strongest, most powerful warrior there is, I couldn’t fake that. I wouldn’t fake that.

And that to me was a miraculous education for myself and my body. Even the way I sit, the way I walk, the way I hold myself has changed for the better.

When I was first cast, I was very skinny and wasn’t aware how much better I would feel by simply making my body stronger, strength is so often overshadowed for skinny. 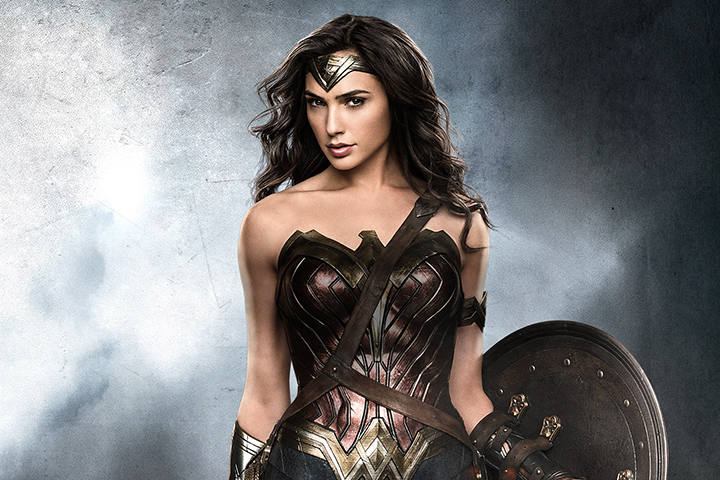 So what were the worst injuries you had?
GG: Nothing that stands out as, that was so terrible. The worst was when we were filming in Italy, I stepped on a sea urchin. Oh my god, it’s so painful.

I’ve done that and it’s awful!
GG: You have? Isn’t it so painful, and you have to get them dug out of the sole of your foot!

I’m still traumatised myself!
GG: Filming the UK, in the cold, in Wonder Woman’s outfit, that wasn’t fun either. I’m used to the heat, I love the sun so that was a challenge for me. In winter, why we had to do it at that time, I don’t know. 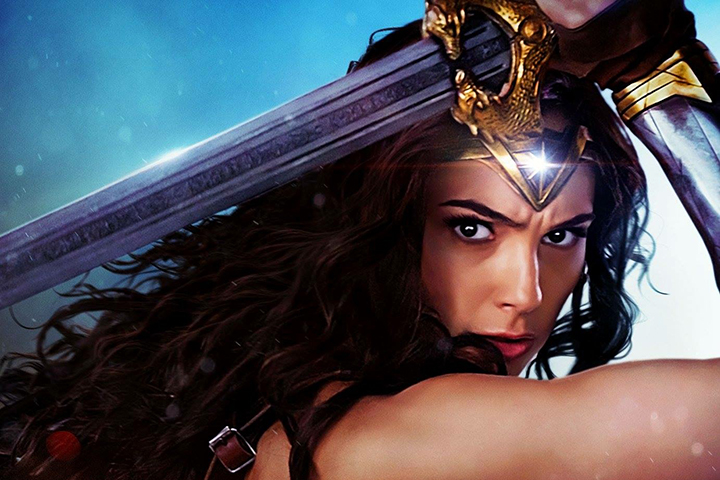 What advice did Lynda Carter have for you when you met?GG: Lynda had such amazing advice for me, but my favourite was her take on the dual persona and personalities of Diana and Wonder Woman and she said to me that she never felt one overshadowed the other at any time. Allow the humanity within Diana to shine like a beacon, never compromise it for the super strength and powers.