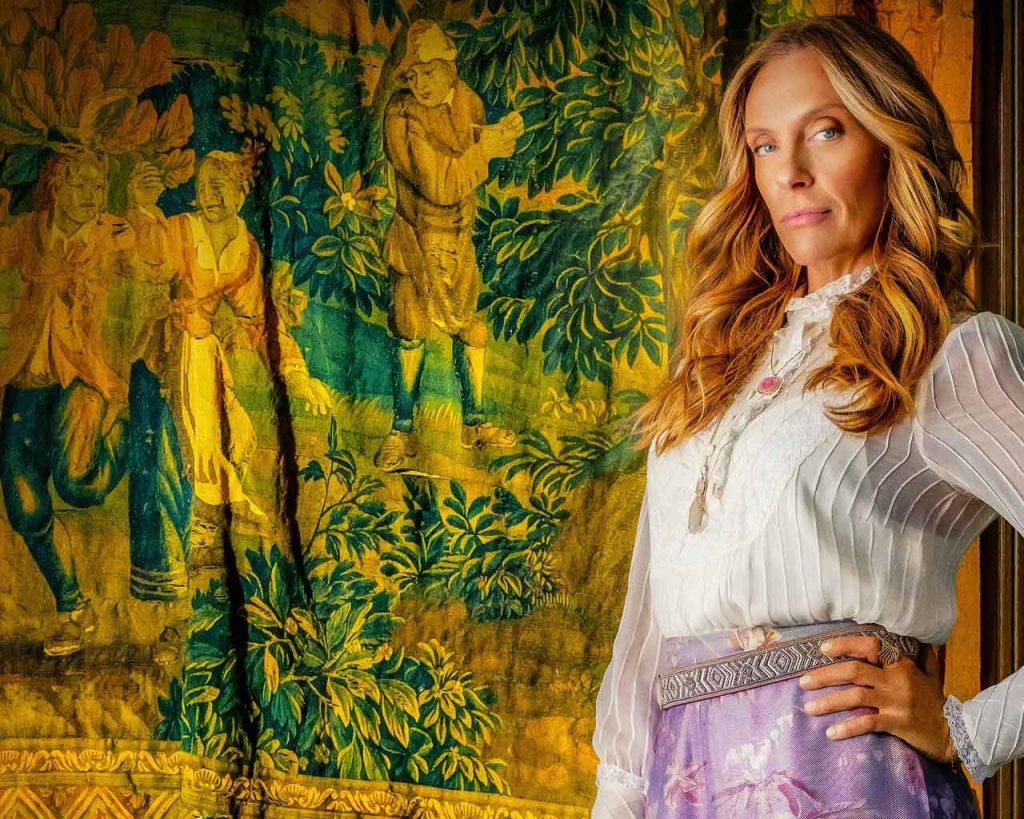 Toni Collette has no problem conveying extreme emotions as part of her job requirements as an actress.  Her harrowing performance in the 2018 horror film Hereditary is ample proof of that. Her abilities were put to a different kind of test in Dream Horse, a dramatic comedy.  Based on a true story, Collette plays Jan Vokes, a Welsh bartender/supermarket cashier who breeds a horse that would go on to become the champion racehorse of Wales. Though she loved the idea of working on the project, Collette struggled to master the Welsh accent.
“It’s the most heart-warming, beautiful story and I knew immediately that I wanted to do it,” Collette says.  “But the Welsh accent is incredibly intimidating. It’s a really difficult accent I have to say.  Because if you go too far you end up in India, they are very similar! Honestly.” 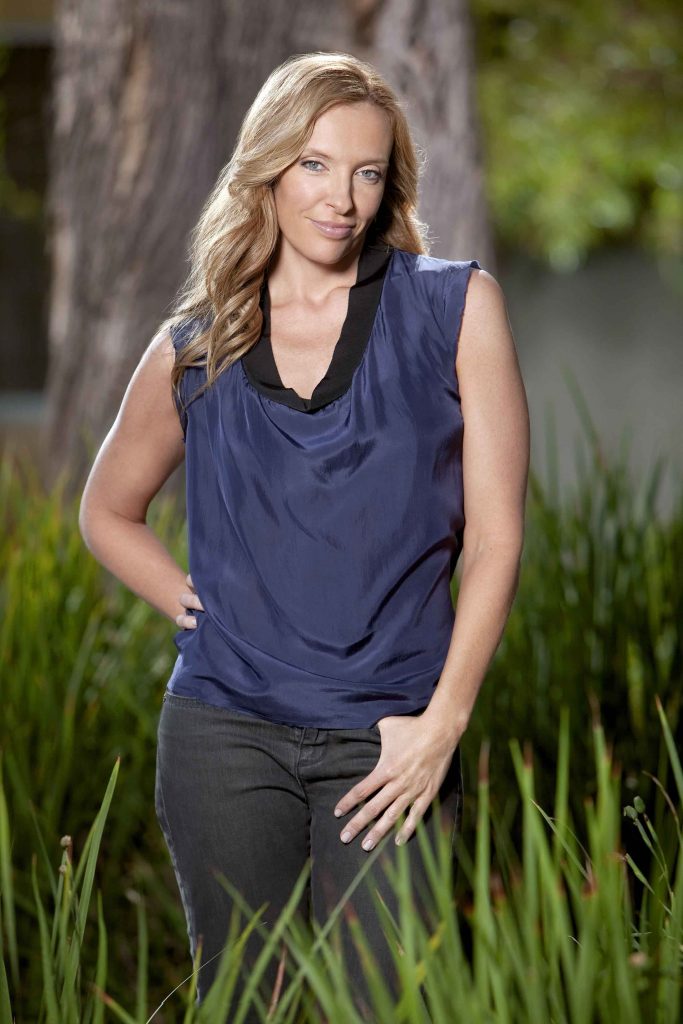 “Fortunately…I had a fantastic dialect coach and I was surrounded by the rest of the cast, the crew whose accents were those I was meant to be making. I felt very supported and nobody ever laughed at me.”
Directed by Welsh filmmaker Euros Lyn (Black Mirror), the film sees Collette play Jan Vokes, the determined woman who starts a racing syndicate in her local Welsh village with the goal of breeding and training a champion racehorse.  Damian Lewis (Billions) co-stars as a local accountant who joins forces with Vokes in her unstoppable quest to achieve horse racing glory.
“I grew up in the Welsh valleys where everyone knows this story – it’s a local legend, Lyn, the director, explains. “The moment I read Neil McKay’s brilliant script, I knew I had to direct [it]. Casting Toni Collette as Jan Vokes, our extraordinary heroine, and Damian Lewis as Howard Davies, her intriguingly conflicted accomplice, is my own dream come true.”
It’s yet another great role for Collette, the 48-year-old Aussie who earned an Oscar nomination for her work in The Sixth Sense (2000) and won an Emmy for the TV series The United States of Tara (2010).  Her career has soared in recent years with her appearance in a string of highly acclaimed projects including:  Unbelievable, last year’s Netflix limited series in which she plays a detective tracking down a serial rapist after a female victim’s original police complaint was ignored; the hit thriller Knives Out; and Hereditary, the smash hit horror flick.  Last year she completed filming on Guillermo del Toro’s Nightmare Alley, co-starring Cate Blanchett and Bradley Cooper.
Toni Collette now makes her principal home in Los Angeles, having relocated to America from her native Sydney because of the increasing demands of her work schedule.  She is married to musician Dave Galafassi and they have two children, daughter Sage, 12, and son Arlo, 9. 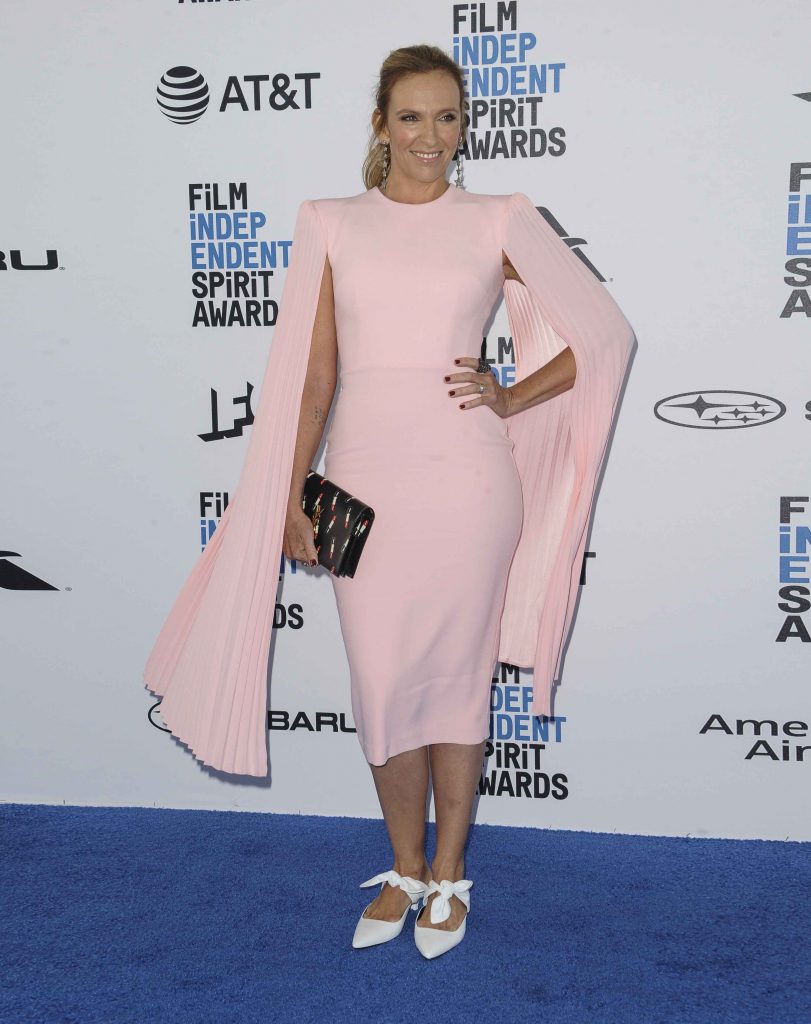 With respect to how she has been riding out the pandemic over the past year, she has tried to find a measure of inspiration from how people have responded to the crisis:  “2020 has been a shit year. So challenging in so many ways. I know this virus is scary and hideous, but I have to say I’ve enjoyed the very obvious unity of what we’re going through as a species. Our oneness has never been more evident. People have gone above and beyond to help others. This has been very moving to me and brought real joy.”

Dream Horse recounts an inspiring true story. How did you react when you first read the script?
TC:  I read it and I was so drawn into it…I thought it was a very inspiring and beautiful story…Making Dream Horse was a truly wonderful experience. It has the biggest heart of any film I have ever been a part of…It’s very life-affirming.

What can you tell us about your character, Jan, who goes on this extraordinary mission?
TC: Seeing someone achieve what seems to be an impossible dream is really empowering for everybody.  Jan is a woman who is at a point in her life where she has to make a decision about whether she wants to live with the humdrum of everydayness of things or find some passion, some meaning in life.
She had no idea how it was like to breed a racehorse but she educated herself. She created a goal for herself because she needed it at that point in her life. She becomes incredibly determined and manages to get the entire village involved.. And not only did it change her life, but it changed the villagers’ life and the horse’s life… It’s a pure story of hope. 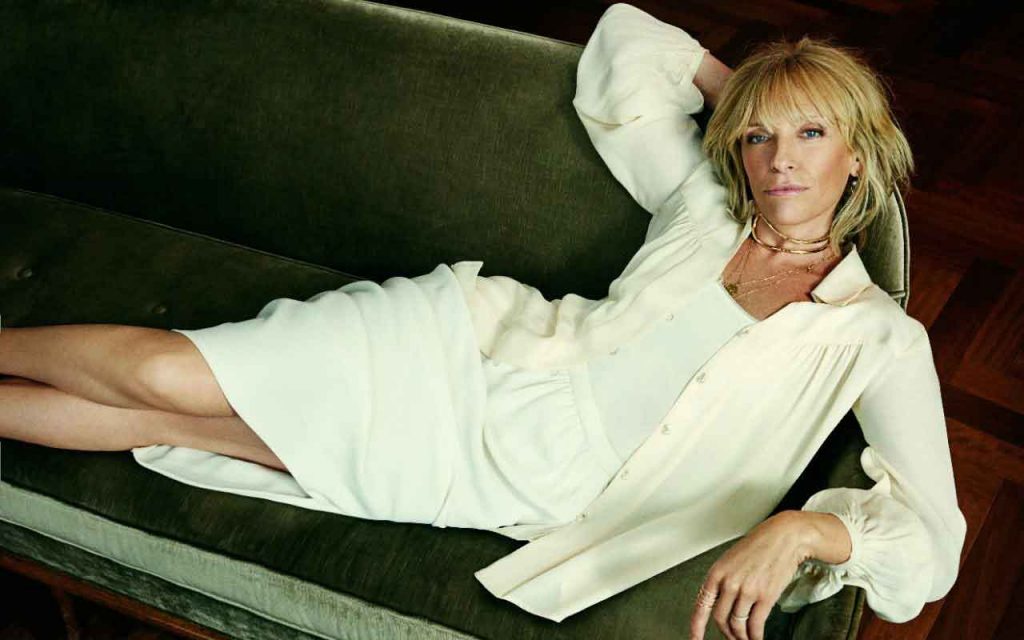 Did you meet the real Jan whom you play in the movie?
TC: We met, although I didn’t spend a ton of time with her. She and her husband came to the set a couple of times but I preferred to stay a bit to the side and not get to know her that well…
It’s such a huge responsibility [to play a real-life person] but in some way I let myself off the hook because there was already a documentary made about their story.  This is a somewhat fictionalised version so spending time with her is not something I did.  It was probably weirder for her to watch the final film.

Are you a big horse lover?
TC: I’m not into horse racing but I fell in love with Beau, the name of the horse who was the main acting horse who was playing Dream [the name of the real champion horse].  He’s so beautiful and I actually fantasized about taking him back home with me to Australia.

Your other new film, I’m Thinking of Ending Things, is a fascinating exploration of how we change over time.  What is your perspective on that?
TC:  I identify with a lot of what all the characters are experiencing.  It’s part of being alive. Love, death, family, hope, longing, regret, guilt, aging, letting go. It’s all part of the human experience. I’ve realized that every role is essentially a part of me. But it’s enmeshed with what’s required by the script and fused with imagination. In the end, it’s hard to know who owns what, in terms of contribution.
Nonetheless, I am very much a part of each character I play. I have learned to know and take better care of myself in general so it’s less of a collapse at the end of a shoot. It’s more a case of simply needing to rest because scheduling can often be brutal when filming.”

Your career has really gathered some added momentum in recent years.  There’s still so much talk about your work in the horror film Hereditary…
TC: The funny thing is that I can’t bear to watch scary movies. But this wasn’t simply a horror film. It’s quite natural and emotionally raw and honest. For those qualities to blend in a film like this is really unusual, and I loved that.
The key to getting into it for me was that…my character had such an unfortunate relationship with her own mother, much of her own ability to mother her own children and to be selfless is difficult for her. And I think part of being a present mother is learning how to be somewhat selfless. But there are so many idealized myths about what motherhood should be, and I love the fact [that in the movie] both my character and the character of my mother have nothing to do with these myths…That made the story very special and insightful.

You’re the mother of two children.  How have you handled the conflicting travelling demands of your profession with the responsibilities of child rearing?
TC: I love my work so much but I also love my children so there’s always going to be this conflict.  But I also know that if I don’t work I’m not going to be happy and I’m not going to be myself.  Acting is a big part of who I am, it keeps me awake  and stimulates my creative self and provokes a process of inner thought. I don’t know what I would do myself if I didn’t have acting.
In terms of work, what’s made things easier….is that my husband is a musician so we’ve survived because his career is portable and he’s used to moving around because when you have kids everything changes. In the last seven years he’s been writing a lot. So it’s been lucky for me that he’s flexible so we can move around as a unit.

You’ve said in past interviews that one of the things that growing up in Australia gave you is a sense of adventure.  Do you recall any interesting adventures you took while growing up in Sydney?
TC:  I was 18 at the time when a bunch of girlfriends pulled up outside my house. My girlfriend was in the middle of a road trip and she said, “You should ride with us – there’s a spare seat for you in the car.”
So I quickly grabbed my guitar and stuffed as much as I could in a small backpack and jumped in. I didn’t know where I was going. We drove up the coast of Australia. We slept on beaches. We went to a folk festival.  We sang and drank and lived it up. It was freedom that I will never forget.  I had the best time of my life!

Did that road trip change you at all?
TC: I’m sure it did.  Those moments in your life resonate with you for a long time and if you can keep that memory intact you understand more about what’s beautiful and truly meaningful in life.  Having that sense of play and lightness is important, I think. 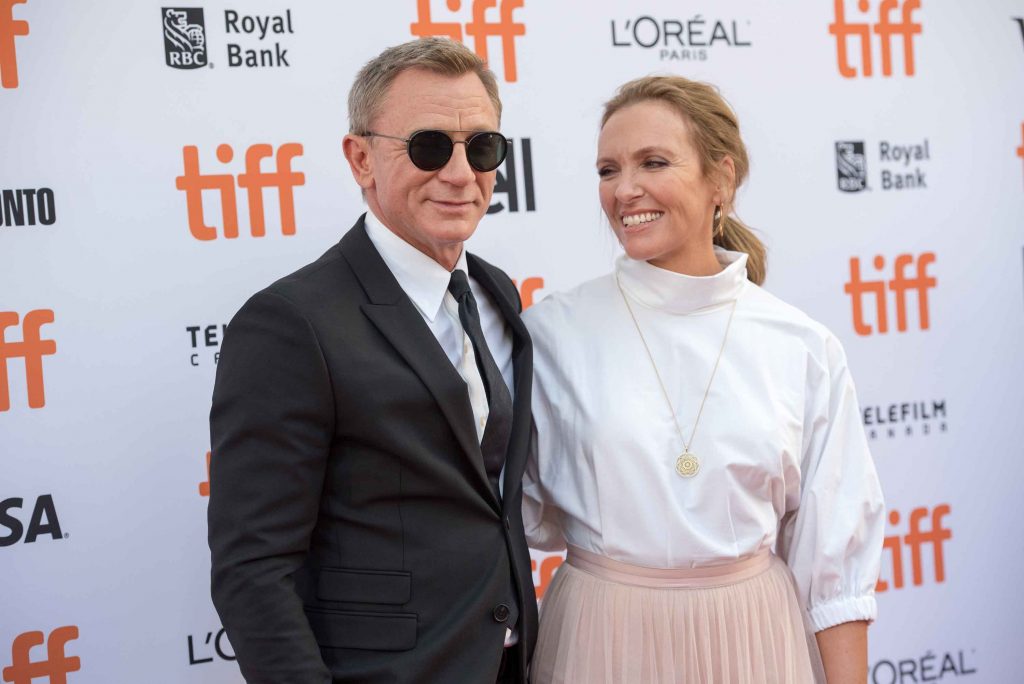 When you look back at what you’ve been able to achieve in the course of your career, how does it all feel?
TC: I grew up in a world that was very different from what I would come to live in…I didn’t have any expectations. I had hopes, I had dreams, but I had no expectations, and I think it’s the expectations that can really mess you up. So I’ve been so appreciative of every experience that I’ve had, because I know where I came from and it just seems like a dream.
To be honest, I still pinch myself. I did this film with Dan Gilroy and we were shooting at the Hollywood Forever cemetery. I remember driving out of the cemetery on my last day, looking up at the “Hollywood” sign and I mean, honestly it’s so far away from the world I grew up in.
So I still have a sense of appreciation. I think that’s healthy in life, in general. But yeah, when I was young, I think obviously it’s easier to look at things in retrospect, because you can see the flow and the growth and the progression. But when you’re in it, it’s just putting one foot in front of the other.

What are your thoughts about how you would like your life to evolve?
TC: I don’t have a grand plan. You know, I have a few personal ones. But as far as career goes, I like to be open to the experience. It isn’t just about work. It becomes a life experience for me, and I think that we’re given the experiences we’re meant to have. So I’m very open to things and I can very much feel when it’s right, and I can very much feel when it’s wrong.  If I get too cerebral or intellectual about it, I know that I’m thinking about it too much and I probably shouldn’t do it. 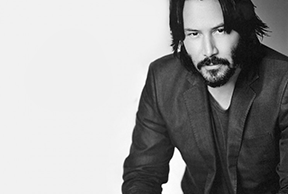 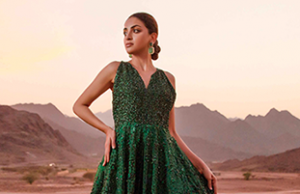 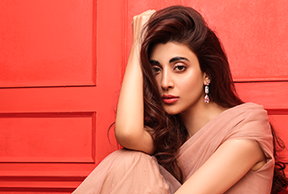 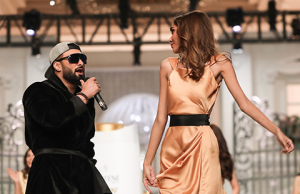 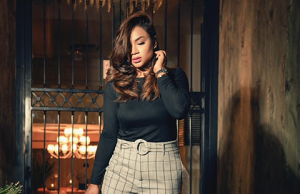 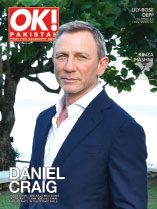