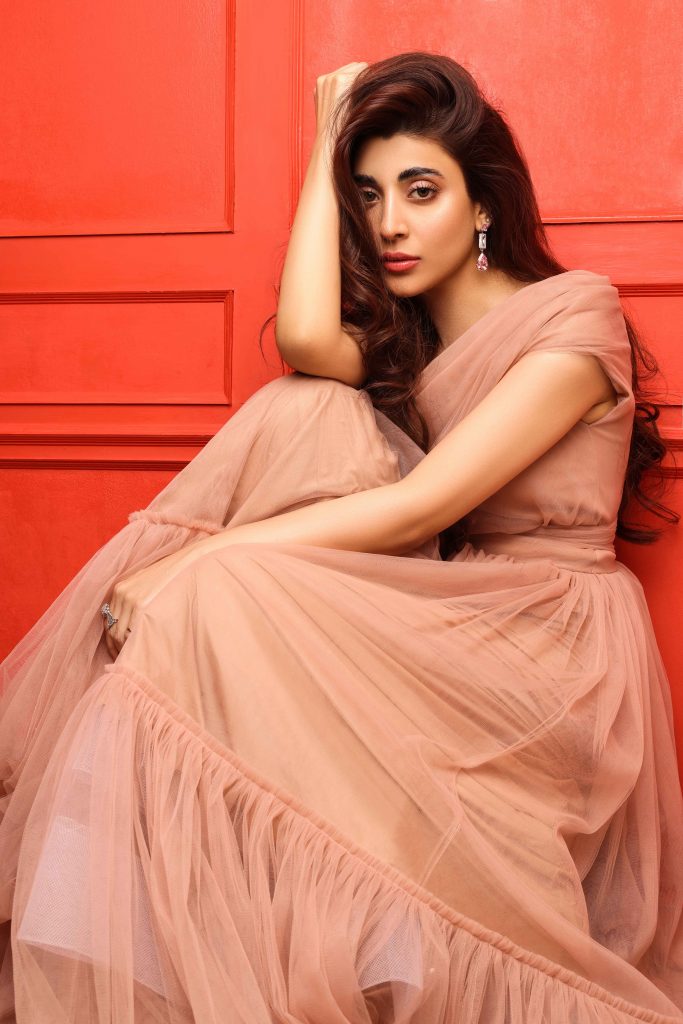 Urwa Hocane is back in the spotlight with a bang. After a sabbatical of several years, the talented actress featured in three back-to-back smash hits this year: Mushk, Parizaad, and Neeli Zinda Hai. Her powerful performances in the three biggest blockbuster drama serials of 2021 have captured the imagination of audiences, and generated tremendous critical acclaim and commercial success. And what’s more, fans will soon see her back on the big screen, too!
Urwa first hit the big time in 2014, when her debut film, Na Maloom Afraad, catapulted her into the limelight. Her understated performance resonated with audiences and garnered rave reviews from critics. She followed it up with substantial work in Punjab Nahi Jaungi, and the ground-breaking TV production, Udaari in 2016, firmly cementing her position as the most credible and diversely bankable actress of her generation.
In person, Urwa comes across as a grounded and rooted person. A self-confessed introvert, she is a complete family girl at heart, and likes staying in to catch up on her hobbies, and also to take a breather from her chock-a-block work schedule.
Urwa has come a long way indeed since she first forayed into the media industry. A true artist at heart, she has always opted for edgy and out of the box scripts, thereby paving her own path in her chosen field.
It’s clear that Urwa’s star will continue to burn brightly… 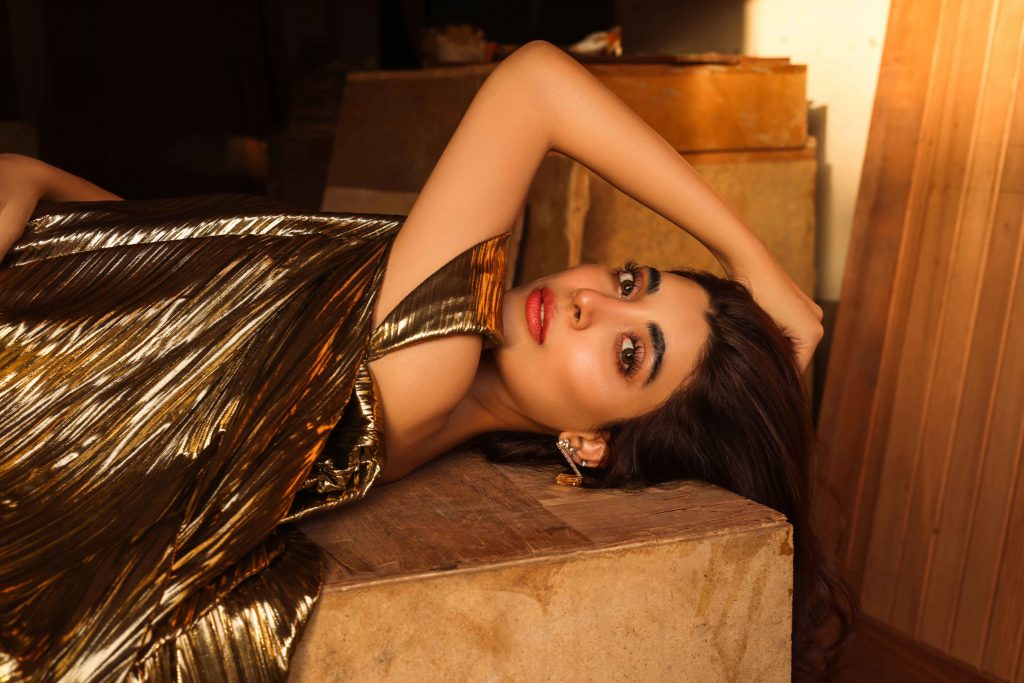 From theatre to blockbuster films to stellar TV projects, you have accomplished so much at a young age. What has your journey been like?
URWA HOCANE: From theatre to all mediums, it’s all acting. I am an artist so all these mediums are the same to me. However, each medium has taught me something different. I believe in learning and working hard every day.
This question took me on a journey down memory lane, from my theatre days, to the first drama that I ever did, and my first film; what a journey it has been!

After a sabbatical of three years, you came back with a bang with Mushk. Did you anticipate such a fantastic response from the audience?
UH: I was pretty much here. I was actually walking on my first film set as a producer, which was an incredible experience. I was going through a lot of scripts when Mushk was offered to me. The character of Guddi just somehow stayed with me. After reading the first episode I decided that this is something I would really like to do. There were so many layers to Guddi’s character that I simply couldn’t get myself to put down the script. 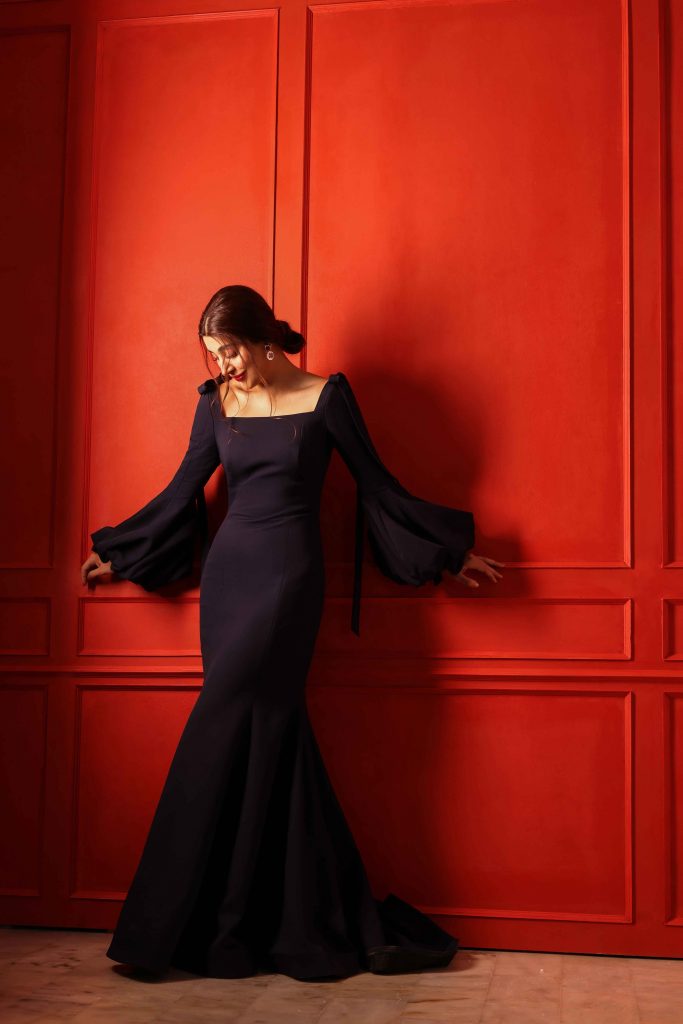 Guddi was a complex character with many layers. How did you make sure she came across as free-spirited and not negative?
UH: It was indeed a very challenging character. I worked very closely with the team to capture the real essence of the role. I believe we come across many Guddi’s in our daily lives as this is one character that is relatable to many. Every one of us has found ourselves dealing with situations in hues of grey at some point in our lives. For some we are white, for others we are black, but it’s only a matter of perception.

Your portrayal of Neeli is getting rave reviews and we are hooked to the serial. How did you prepare for the role, and what is your take on the character?
UH: I was actually pretty busy between two of my on-going projects when Neeli came my way. However I had always wanted to experiment with different genres and Neeli’s character was something that sounded pretty interesting to me. I believe the character needed a lot of imagination to be portrayed in an effective way. The entire process of bringing the character to life from the research, the look tests and rehearsals was an incredible experience for me.

Horror is a difficult and unpredictable genre. What prompted you to say yes to Neeli Zinda Hai?
UH: The character of Neeli itself made me want to explore the genre. This project needed a lot of editing and team work.
While working on Neeli Zinda Hai, I got to learn a lot of new things related to how a scene could be executed to reflect a certain way on screen. Having worked closely with the director of the drama, I knew that he would actually do complete justice to the character. It was a very interesting journey, to say the least. 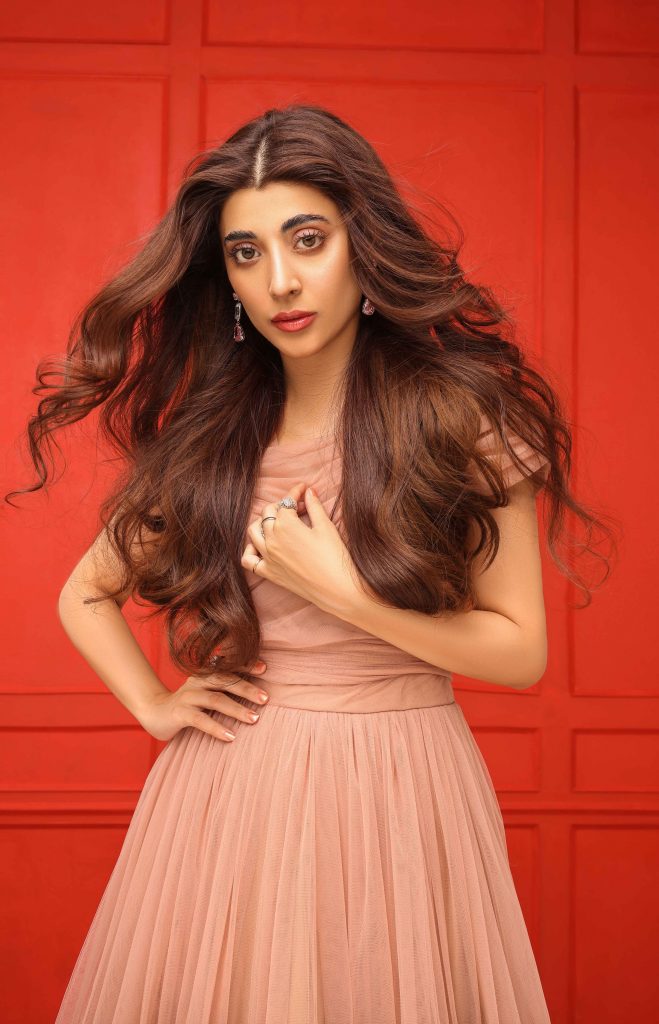 Is it more difficult to play a villain than a hero?
UH: I don’t believe in villains and heroes. It’s only a matter of perception.

Parizaad is doing tremendously well, and your character has added an interesting dimension to the plot. What is your take on Laila?
UH: Laila was a beautiful deception with a heart full of love.

You have acted in many groundbreaking projects. Which role have you enjoyed the most?
UH: Every character that I have played has been very close to my heart; something that I felt I should do, so it’s very difficult for me to name one. However, my top three would be:
Meeraan in Udaari.
Naina in my film Na Maloom Afraad 1.
And Durdana in Punjab Nahi Jaungi. 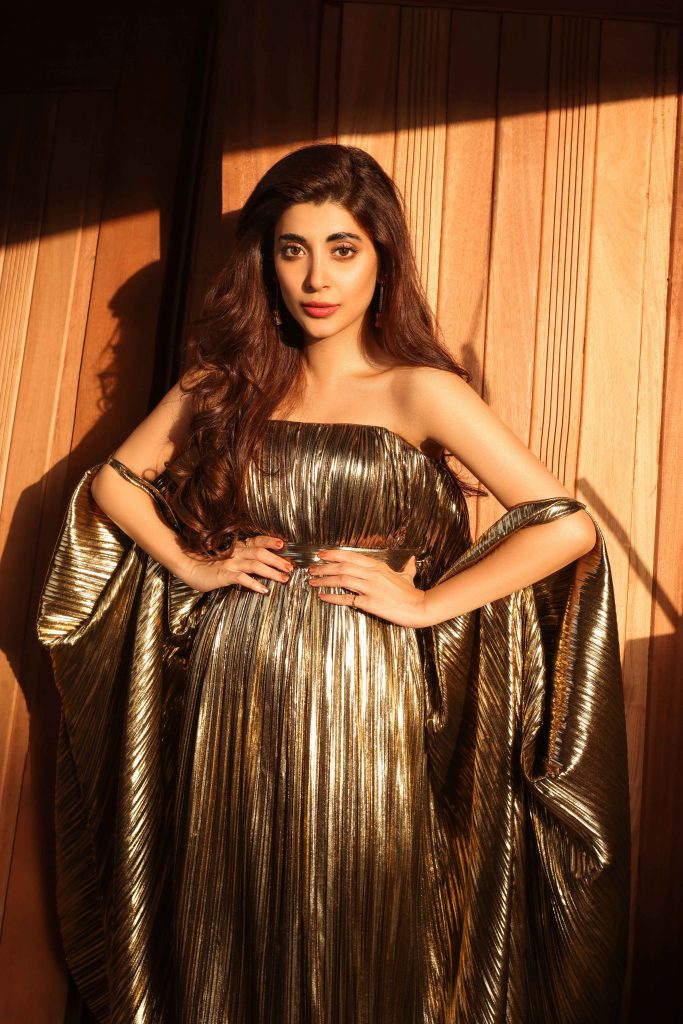 Tell us about your home production, Tich Button.
UH: To sum it all up, Tich Button was a three-year film school for me. I still remember from casting, to location recce, shooting and till the final edit, I was learning every step of the way.

We hear you are an avid reader. Which books have had the biggest impact on you?
UH: The Alchemist is the first one that comes to my mind. But I believe each book adds value to our learnings.

How do you spend your time when not working?
UH: I like being home, making time for myself and simply taking a moment to slow down from the regular mayhem that is my life as an actor.

Can you please share a few wellness tips with our readers?
UH: I believe that waking up early and sleeping on time with a little bit of exercise goes a long way. I thoroughly believe that mental health is very important but it is unfortunately very underrated. I like doing things that contribute to a healthier mind and body.

You stand out among your contemporaries with your charming good looks and simplicity. Our readers would love to know about your favourite beauty and makeup products…
UH: No makeup is my favourite look and yes, simplicity is my favourite style statement. 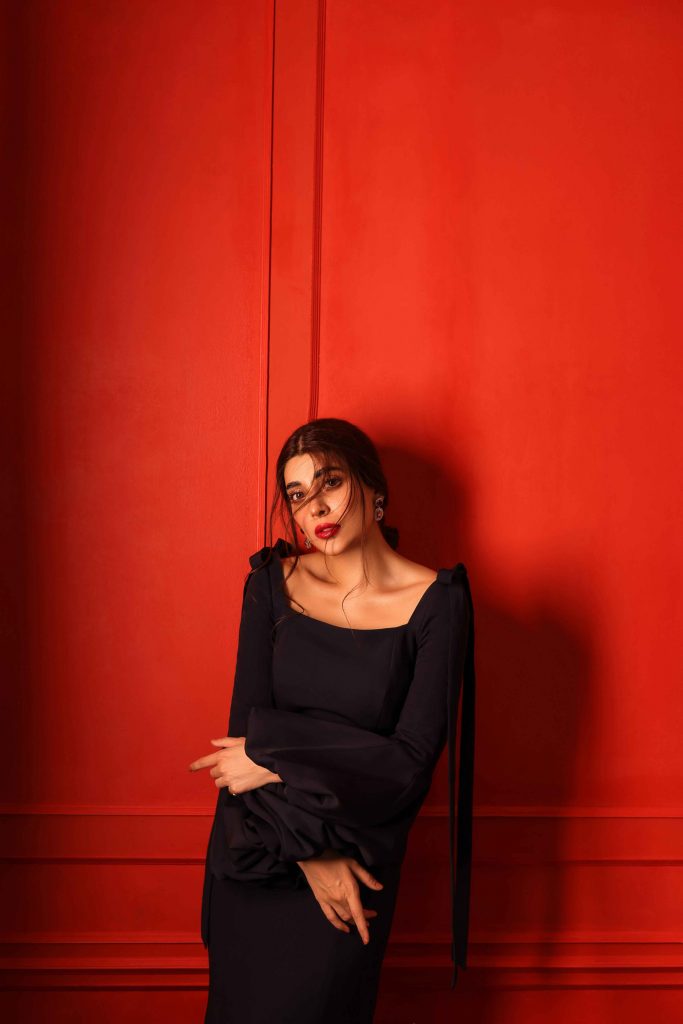 Will we see you on the big screen anytime soon?
UH: Yes! Sooner than soon, InshAllah. Watch out for it.

How do you feel looking back to where you were five years ago? Do you feel you are a different person now?
UH: Absolutely. I am glad that I do, because it only means growth, so yay me!

What does peace of mind mean to you?
UH: For me, peace of mind isn’t a fleeting phase. It’s a constant state of being. Especially in my space of work, it’s essentially vital. When you have something good and need to sustain it along with being in the public eye it’s very easy to let things get to you. My family and my close circle are the origin of peace of mind for me. They keep things real, serene and help me stay grounded.