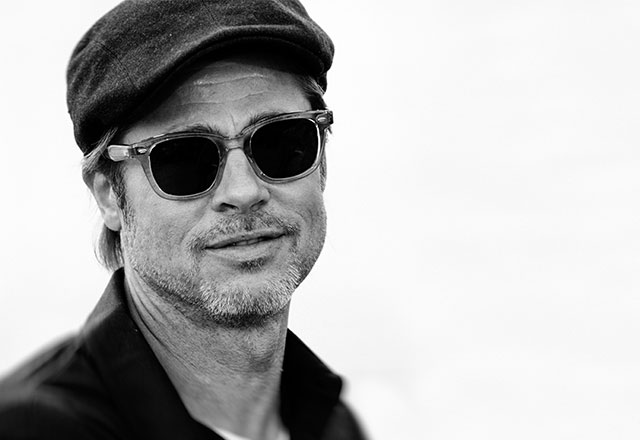 “I guess age is wearing down my protective armour!”

It’s been a while since Brad Pitt last made headlines – as an actor, that is. While fallout from his acrimonious divorce from Angelina Jolie makes for periodic headlines in the tabloid press, Pitt has been noticeably absent from movie theatres and, apart from a forgettable turn in War Machine (2017) and the box-office flop, Allied (2016), the eternal Hollywood heartthrob has largely faded from view.
But now Brad is back in a big way in Quentin Tarantino’s Once Upon A Time In Hollywood, a story centered around the infamous Tate-LaBianco murders committed by Manson family cult members in August, 1969. Pitt co-stars opposite Leonardo DiCaprio as a pair of friends who happen to live next door to the house owned by actress Sharon Tate and her Polish film director husband Roman Polanski. It’s the first time that Pitt and DiCaprio, two of Hollywood’s biggest stars over the past few decades, have ever worked together, and Tarantino had “long wanted” to pair the two together. The film will be released in August, exactly 30 years since the murders that shocked Hollywood.
Once Upon a Time in Hollywood sees Pitt play Cliff Booth, the regular stunt double for DiCaprio’s fading western TV star, Rick Dalton. Meanwhile, Margot Robbie (who previously worked with DiCaprio in The Wolf of Wall Street) plays Tate, the most prominent of the five people who were savagely killed by the Manson gang and who was eight and a half months pregnant at the time.
For Tarantino, the pairing of Pitt and DiCaprio was his version of assembling a “dream team” in the style of Newman and Redford. “This is the most exciting star dynamic since Paul Newman and Robert Redford,” Tarantino said of his casting coup.
Pitt and Tarantino formed a bond while working on Basterds and the director had nothing but the highest praise for Brad. The film, which marks Tarantino’s ninth solo feature, is slated to make its world premiere at the Cannes Film Festival next month, the event which helped establish him as one of the world’s top filmmakers when his ground-breaking Pulp Fiction was screened at the festival. Interestingly, Tarantino has gone on record as saying that Once Upon a Time in Hollywood is “the closest film to Pulp Fiction that I have done.”

“I am only a man who tries to be as sincere and honest as possible.”

Certainly Pitt was anxious to re-team with Tarantino following his critically-acclaimed turn as the ruthless Nazi hunter Lt. Aldo Raine in Inglorious Basterds. He recalls that he first became impressed with Tarantino’s unconventional narrative style after playing a small role in 1993’s True Romance.
“Quentin and I practically came up together in the early 1990s…I had a supporting part in True Romance, which was directed by Tony Scott and based on a spec script by Quentin. Spec scripts are sort of test screenplays that young writers submit to agents and studios to prove they are capable of doing something.”
Added Pitt: “The amazing thing about Quentin is that even then it was clear that he had a unique voice. His style is so distinct that critics will often refer to certain films as being Tarantino-esque or shot a la Tarantino as a way of describing their narrative approach…That’s how much influence he’s had in Hollywood.”
The trailer and posters for Once Upon a Time show Pitt looking like a Hollywood hipster and indulging in the 60s Zeitgeist in the company of his best friend, a DiCaprio decked out in mod clothes. Both appear to be out of sync with the counterculture movement, although Tarantino has kept a tight lid on precise plot details.
What we do know is that the film will follow the overlapping, interconnected style of Tarantino’s Pulp Fiction and Jackie Brown. That fragmented, episodic plotting explains why Robbie spent hardly any time working with either her Wolf of Wall Street co-star, Tarantino or with Brad Pitt: “I was barely on set with them,” she said. 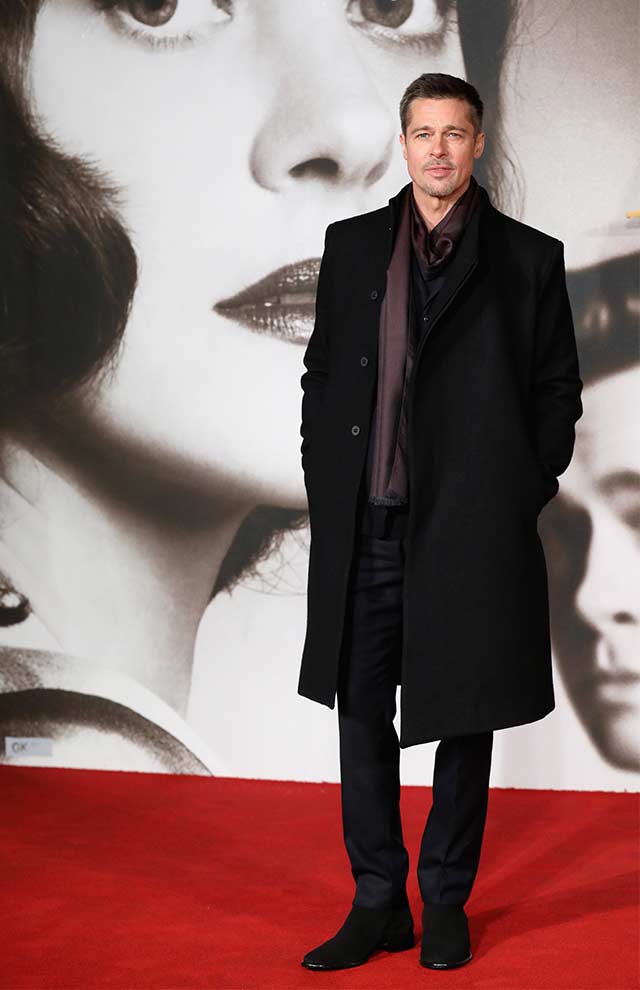 But as far as working with Tarantino is concerned, Robbie found his natural, ever-Geekish enthusiasm for filmmaking to be infectious: “Everyone asks me: ‘How is it? How is he on set? I’ve been on sets for pretty much the last 10 years and I still walk on and think, ‘This is soooooooo coooool! Look at that! That’s amazing! Oh my gosh!’ I’m like a kid in a candy shop and then Tarantino walks in and he’s got the same, if not more, enthusiasm and he’s so excited. It’s his film set and he’s not jaded at all – he’s just so happy to be there.”
Once Upon a Time also boasts an outstanding ensemble cast that includes Dakota Fanning (as Squeaky Fromme, one of the most notorious members of the Manson “family”), Emile Hirsch (as Jay Sebring, a friend of Tate and Polanski), Damian Lewis (as Steve McQueen), Timothy Olyphant (as actor James Stacy), Al Pacino, Bruce Dern, Michael Madsen, Tim Roth, Lena Dunham, Kurt Russell, and the late Luke Perry.
Most of the excitement about the film will, of course, come from the star coupling of Pitt and DiCaprio and the intense curiosity of moviegoers and critics alike as to the kind of chemistry the two A-listers will bring to the film. The two have known each other for years and have since become friends after working on Once Upon a Time. They even collaborated on a video message prior to the November 2018 U.S. mid-term elections urging people to “make (their) voice heard.”
Pitt’s appearance in Once Upon a Time could well do for him what Tarantino’s Pulp Fiction did for John Travolta. Pitt of course is still a bankable movie star today while Travolta was almost a has-been before playing Pulp’s cool hitman Vincent Vega, but the box-office failure of Allied has dimmed Brad’s lustre of late. Not that he cares that much about acting these days and has hinted that he wants to devote himself more to producing films via his Plan B Entertainment production company that has been behind highly regarded movies such as The Departed, Moneyball, Selma, 12 Years Slave (for which he collected his first and only Oscar as executive producer), The Big Short, and Moonlight. 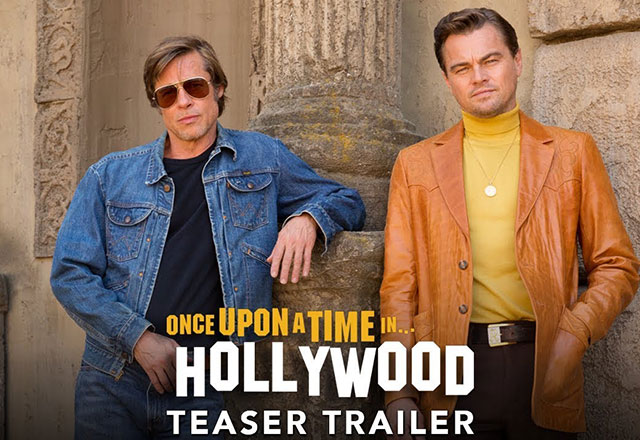 Plan B Entertainment, founded in 2001 along with his then wife Jennifer Aniston (she left the company after they divorced) and friend Brad Gray, was also behind this year’s Oscar-nominated Vice about Dick Cheney and his inordinate influence as George W. Bush’s vice-president and architect of the war on Iraq. Pitt regards his company as his way of creating “interesting and hopefully entertaining” films that matter.
“I always say that Plan B began as a garage band, a band of amateur musicians, and that fortunately still retains the same spirit,” said Pitt at a recent promotional stop for Breitling Watches, for which he is a brand ambassador. “We support the directors we like, the stories we like and we love the challenge, even the economic one, of throwing ourselves into projects even when they are difficult to achieve, indeed especially when they are! We make films that we would go to see without fooling ourselves into being able to predict how many other people will like it. A budget? It was and is a business that turned out to be much more profitable and much more fun than I had ever imagined.”
Apart from Once Upon a Time, Pitt will also be seen in the upcoming James Gray sci-fi drama, Ad Astra, playing an astronaut sent out into deep space to find his missing father (Tommy Lee Jones) and uncover a secret that will help earth avoid destruction.
Pitt “wanted in” on the project as soon as he heard about it and the film is expected to be released later this summer, presumably after the release of Once Upon a Time that is expected to garner all the headlines.
Tarantino believes that the presence of Pitt alongside DiCaprio in the film creates a very unique star dynamic between two glamourous male leads that is rarely in evidence in today’s studio culture. 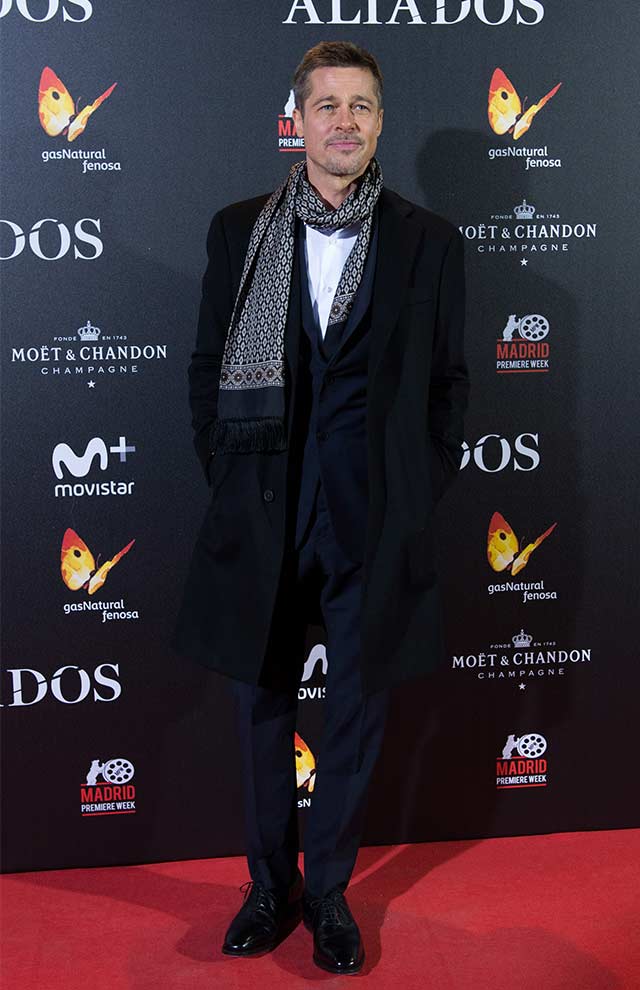 “I’ve been working on this script for five years, as well as living in Los Angeles County most of my life, including in 1969, when I was seven years old,” he said. “I’m very excited to tell this story of an LA and a Hollywood that don’t exist anymore. And I couldn’t be happier about the dynamic teaming of DiCaprio and Pitt as Rick and Cliff.”
Apart from his controversial divorce from Angelina Jolie, Pitt has also had other considerations on his mind in recent years that explains his reasons for scaling back his acting career – his children.
Even though his cherished life as husband and father has now fallen apart, anyone who knows Brad Pitt will appreciate how fatherhood will remain his foremost priority in life.
By his own admission, raising an unruly brood of six children has been an all-consuming project that has had a profound effect on him. He credits parenthood, in great part, for crystallising his sense of maturity and purpose.
“Kids hold up a mirror to you,” Pitt explains. “You can’t make excuses.” 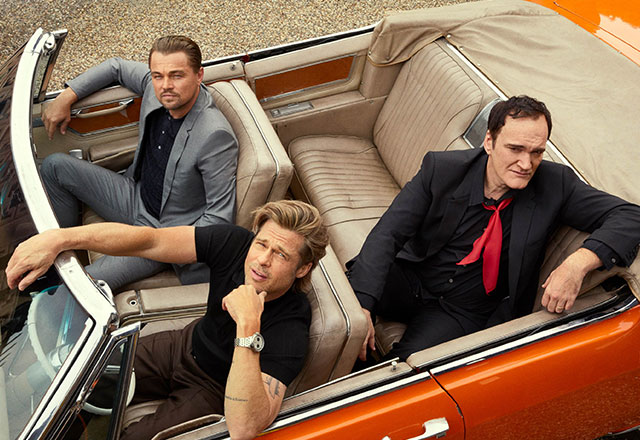 And now that his divorce from Jolie has become final and their custody sharing arrangements (often the source of dispute) have apparently been resolved, Brad will undoubtedly do the maximum to ensure that his role as a father is respected and that nothing will stand in his way when it comes to fulfilling that commitment.
“Being a father has changed my entire outlook on life. I carry on a running conversation with myself about how I’m raising our children, the kind of education I’m giving them, and how they seem to be evolving. I want to help them grow up to be very independent and aware individuals. The kids are a huge part of my world and I love being an active and engaged father and family man.”
Summing up his perspective on life these days, Pitt is typically true to his true blue American midwestern roots: “We just didn’t talk a lot or feel encouraged to talk about feelings,” Pitt recalls of his upbringing in Springfield. Missouri. “You were expected to be strong and self-disciplined – you didn’t show weakness and you didn’t talk about problems or complain about feeling frustrated or sad. You kept that bottled up and I still have difficulty articulating and expressing myself although I’ve gotten better at it lately. I guess age is wearing down my protective armour!”
Added Pitt: “I am only a man who tries to be as sincere and honest as possible. The only responsibilities I have are those towards my family, the people I love, and those I work with.”

“The kids are a huge part of my world and I love being an active and engaged father and family man. “ 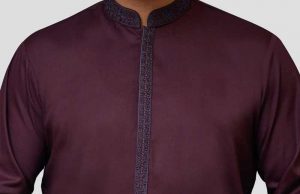 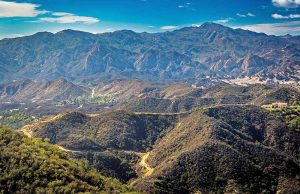 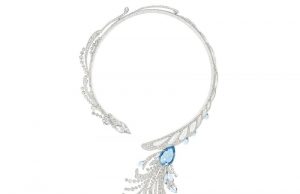 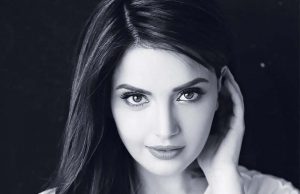 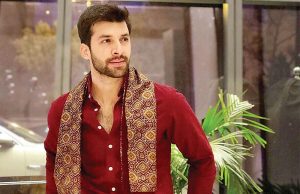