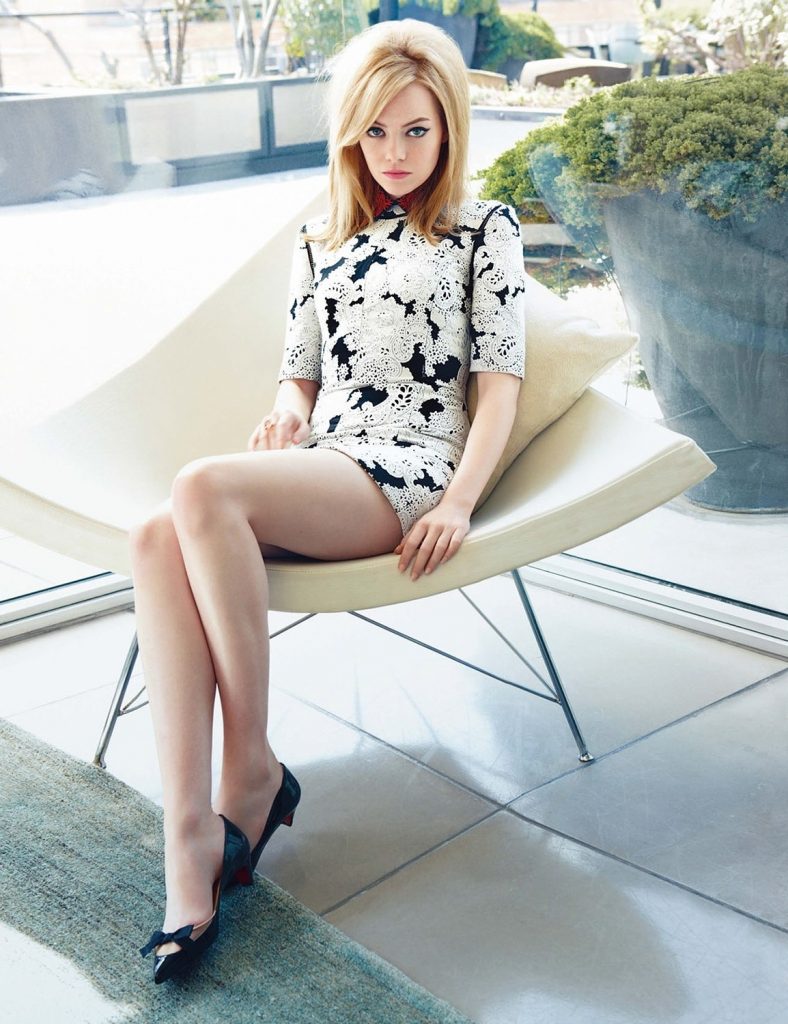 Emma Stone wasn’t kidding around when she spoke about wanting to have children with her husband Dave McCary, a writer/director for the American SNL late night comedy show.  “I feel pretty good about starting my own pack,” Stone declared in a November interview.
In fact, she was already pregnant when she made the comment and this March, Stone gave birth to her first child, marking a decisive new chapter in the life of the acclaimed actress.  It was only two years ago that Stone revealed that she had undergone a profound change in her thinking when it came to marriage and children: “It’s weird how much turning 30 crystallizes your life… As a teenager, I was like, ‘I’m never getting married, I’m never having kids.’ And then I got older and I was like, ‘I really want to get married, I really want to have kids.”
Now 32, Stone is considered one of Hollywood’s top stars following her dazzling, Oscar-winning performance in La La Land (2016) and subsequent turn in The Favourite that earned her a 2019 supporting actress nomination. Prior to becoming pregnant, Stone completed work on Cruella, the Disney live-action prequel that opened in UK theatres on May 28th.  The comedy/crime film sees her play the villain who first appeared (as an older woman) in the 1961 animated children’s classic, 101 Dalmatians. It’s a wicked change of pace for Stone whose distinctive red hair gives way to Cruella de Vil’s distinctive two tone, black and white tresses. 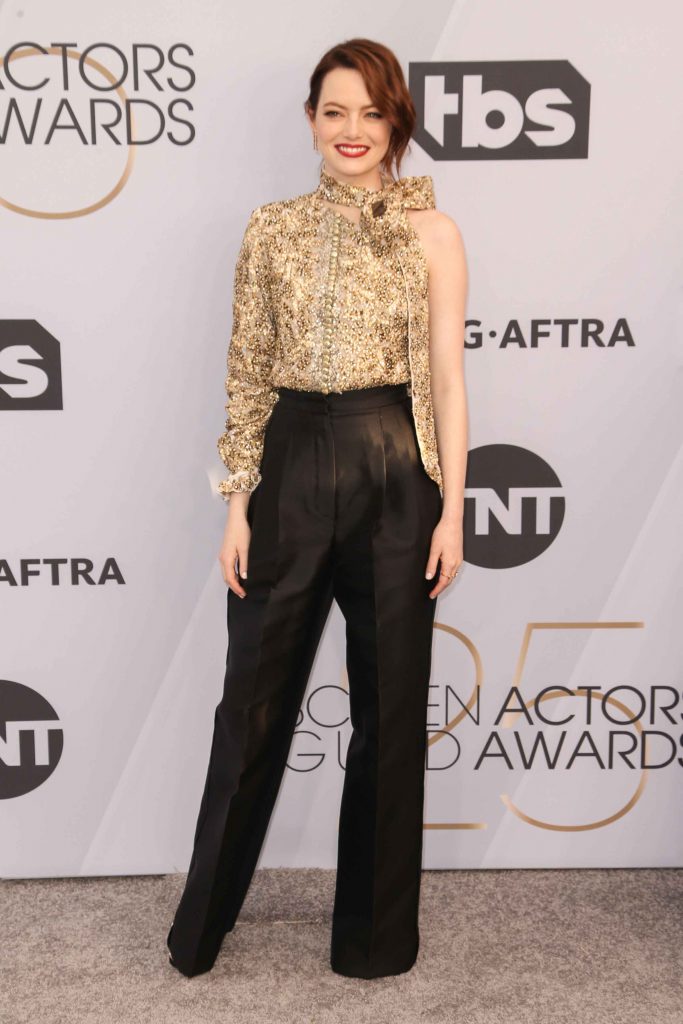 “Cruella is a fantastic character to get to play because she’s larger than life,” Stone said earlier this year.  “It’s been a great experience to play around with her backstory and discover what makes her the woman she becomes.”
The film follows the evolution of Stone’s Estella (aka Cruella) from her days as an aspiring fashion designer in 1970’s London and its emerging punk scene.  After landing a position in the atelier of Baroness von Hellman (Emma Thompson), an established couturier, Cruella soon becomes a bitter rival and this leads to various nefarious activities during the course of which audiences will discover the real origins behind her visceral hatred of Dalmatians.
Although there had been some rumours that her Cruella was a female offshoot of Joaquin Phoenix’s manic Joker character, Stone has shot down those comparisons.
“There are some really deep, emotional things that Cruella’s dealing with that send her to the villainous darker side,” Stone told a film magazine. “But it’s very different from Joker in many ways…”
Emma Stone lives in Los Angeles with her husband Dave McCary and their new born daughter.

How does it feel to adopt the Cruella look, the outfits, the black and white hair?
ES: It’s pretty trippy. Glenn Close is obviously the GOAT (Greatest of all Time) and I just love the Disney animated film. Our story leads to where she becomes the great Cruella.

Does playing in a big film like this and after winning an Oscar for La La Land make you appreciate how far you’ve come over the course of your career?
ES: I owe so much to my parents and their blind faith and optimism in me…At 15 when I asked my parents to move to Los Angeles, they said yes. They were able to support me in doing that. That’s not the reality for, I would say, probably the majority of people. I was lucky to have parents who had faith in a 15-year-old who has a very different outlook on the world than maybe a 28-year-old, or a 48-year-old, you know? They enabled me to go and accomplish a dream at 15…
I have also been so deeply, profoundly lucky to have friends in my life that have always just loved me exactly as I am no matter what time period I’m in. That’s the only way I’ve gotten through it. 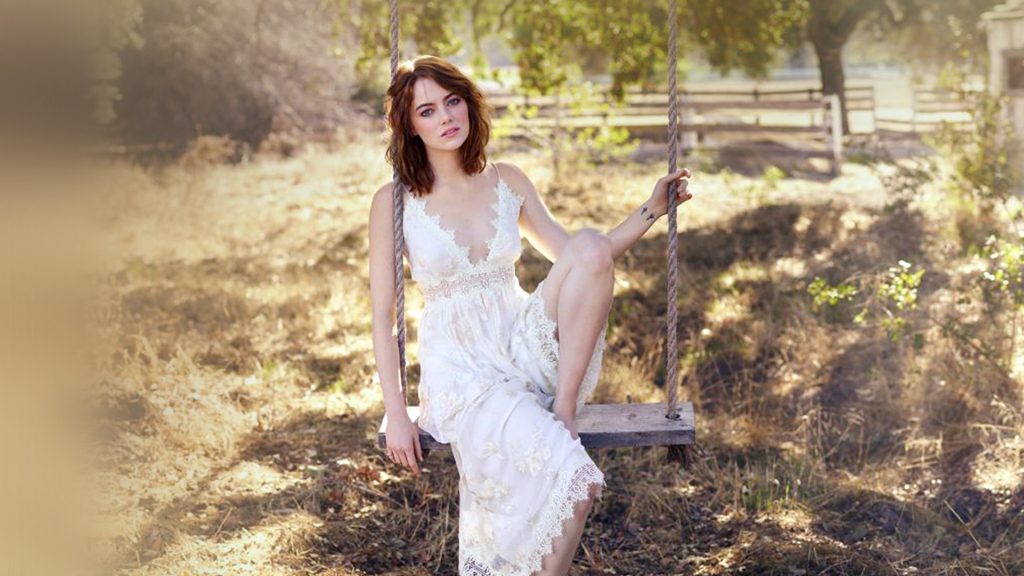 When did you first begin to nurture your dream of becoming an actress?
ES: Even as a child I knew that I wanted to act. I couldn’t imagine any other life for me. I grew up wanting to make movies similar to those I loved watching so much. I lived in a very hot place (Arizona) and because the sun was so strong and I had such light skin I had to stay inside a lot of the time.
As a child I discovered that film was this parallel world into which I could dive into. I still remember all the film comedies I would watch on TV with my father.  That’s how I started to watch movies all the time and I wanted to be part of that world. And it’s been such an incredible joy for me to have been able to work as much as I have and fulfill that dream.

You’ve spoken in the past that acting had a calming and almost therapeutic effect on you?
ES: Acting was something that helped me overcome a lot of my anxiety and doubts in life.  I was an introverted child, pimply, and I suffered from panic attacks. The theater allowed me to live in a world of my own: on stage my problems vanished.

Did you have any favourite comic actors?
ES: I was a big fan of Steve Martin and also of Bill Murray. I loved watching the skits from Saturday Night Live and I’ve always had a natural affinity for comedies. I got to work with Bill Murray on Zombieland and then again on Aloha. He was so great to me on that film. I wasn’t feeling that well on the set and almost every day he would bring me these little gifts. He was so great.

You arrived in L.A. with your mother to pursue your career when you were only 15.  How tough was it for you in the beginning?
ES: I lived with my mother in a small apartment in La Brea Park. I never went out by myself.  I would always go out with my mom and we spent a lot of time going to the movies. I wasn’t going to school and I didn’t have any friends, zero social life, and I basically just studied at home and watched a lot of movies and tried to learn as much about acting as I could.
Sometimes I felt lonely but my mother was so good and supportive so I felt very safe and supported and that gave me the confidence I needed to go to auditions and deal with all the rejection and the fear of not being able to make it.  But I never gave up and slowly I was able to build my career.

You’ve spoken in the past about how your voice, which is now your trademark in some ways, was your biggest obstacle when you were starting out?
ES:  (Laughs)  Nobody wanted to hire a 15-year-old actress with a deep and raspy voice. I sounded much older than I looked and I hated my voice at the time.
But in another way I was glad I sounded older because I never liked the idea of being a child. I was a precocious child and I couldn’t wait to be an adult. And at one point my voice really began to fit with who I am. 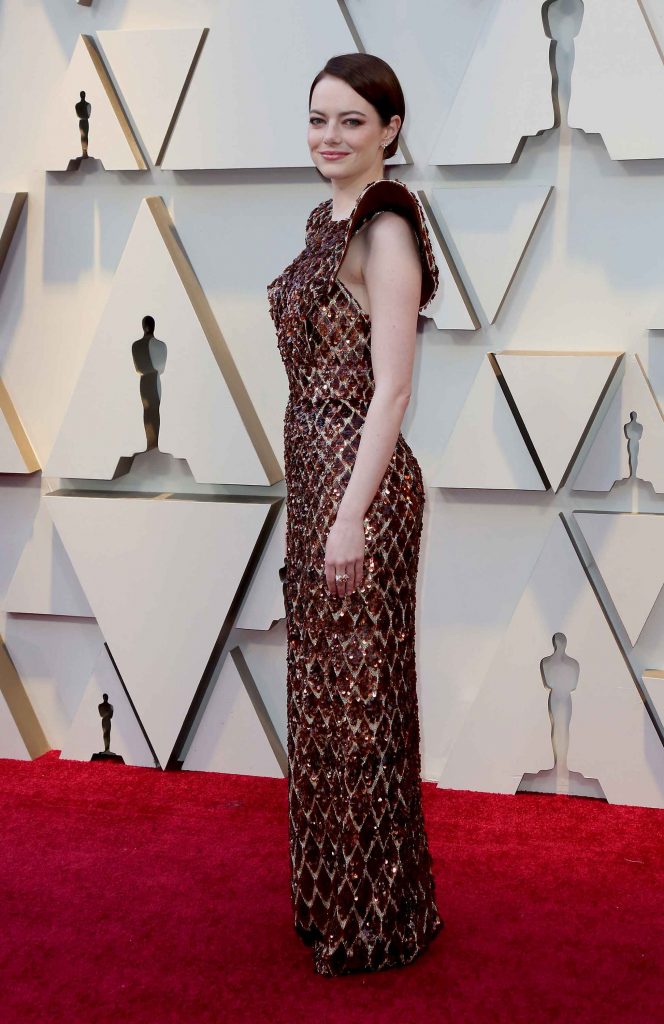 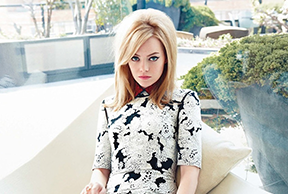 When you were trying to establish yourself in Hollywood, how determined were you to succeed?
ES: Your teenage years can often be very difficult, but I was very lucky that I knew that as soon as I started doing it that this was what I wanted to do with my life. So that gave me a lot of drive and ambition.
But even after you start getting bigger parts and you’re getting more and more recognition you never really feel secure. You’re always worried about getting the next good role or how your last film did. I think that acting is the kind of profession where you’re always a bit worried about the future.  You can be playing in one great film after another and still feel anxious about being able to find the same kinds of good roles.  That’s the nature of the business.

You bring so much sensitivity to your work.  Is that your greatest strength as an actress?
ES: I’m a very vulnerable person.  It’s easy for me to feel hurt.  But that’s also what enables me to be very expressive and I hope to convey deep emotions as truthfully as possible.  I have a pretty good sense of humour about myself even if I can be very self-critical at times.  But that’s how I push myself to do the best work I’m capable of and to give my best.