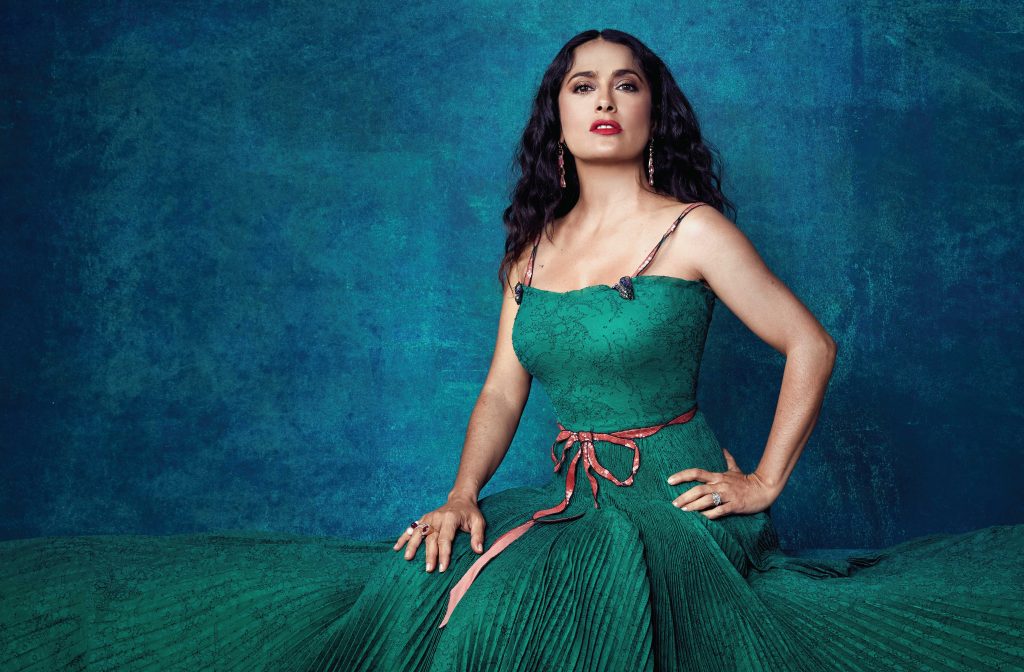 Salma Hayek is a very independent woman who has built a very successful career in the film industry after arriving in Los Angeles in her early twenties. Back then, she spoke very little English and it was a time when very few Latina actresses were visible in Hollywood productions. Feeling frustrated with the limitations that were placed on her, she developed and financed Frida, the 2002 film about Mexican painter Frida Kahlo that earned her an Oscar nomination.
And although she may be married to a billionaire industrialist (Francois-Henri Pinault, CEO of Kering, the French luxury goods and clothing manufacturer), she is still as committed to her acting career as ever. Though she works less often because she is devoted to her 12-year-old daughter Valentina, Hayek still manages to find interesting projects that project a far more positive image of women than at any other time in her career.
“Women have been neglected for so long as an audience and the film industry didn’t know what women wanted to see. So, we were given these simplistic romantic comedies and got stuck in that, stories where the female character would be like, “Oh, I’m only happy if the guy loves me.”
Her new film, Like A Boss, a sparkling comedy directed by Miguel Arteta, sees Hayek play a driven cosmetics company mogul, Claire Luna, who decides in invest in a new venture pitched to her by aspiring female entrepreneurs Tiffany Haddish and Rose Byrne. According to Hayek, the film’s female-centric narrative is in keeping with Hollywood’s “long overdue” shift towards creating more interesting stories for female audiences.
“Now we’re seeing more stories which reflect broader female interests,” Hayek says. “Our story in Like a Boss feels more contemporary because it’s an attempt to satisfy other fantasies and desires women have, such as success in business and success in terms of friendship between women….We need to show women in a more interesting and realistic way which shows the contribution we make to society.”
Earlier this year Hayek co-starred with Jesse Eisenberg and Alexander Skarsgard in The Hummingbird Project, a technological thriller in which she played a tough-minded female CEO.
“I loved playing a powerful and successful Latina woman working in the technology and financial sector in Wall Street – and it’s not often that the characters I play get to have a job like that!” 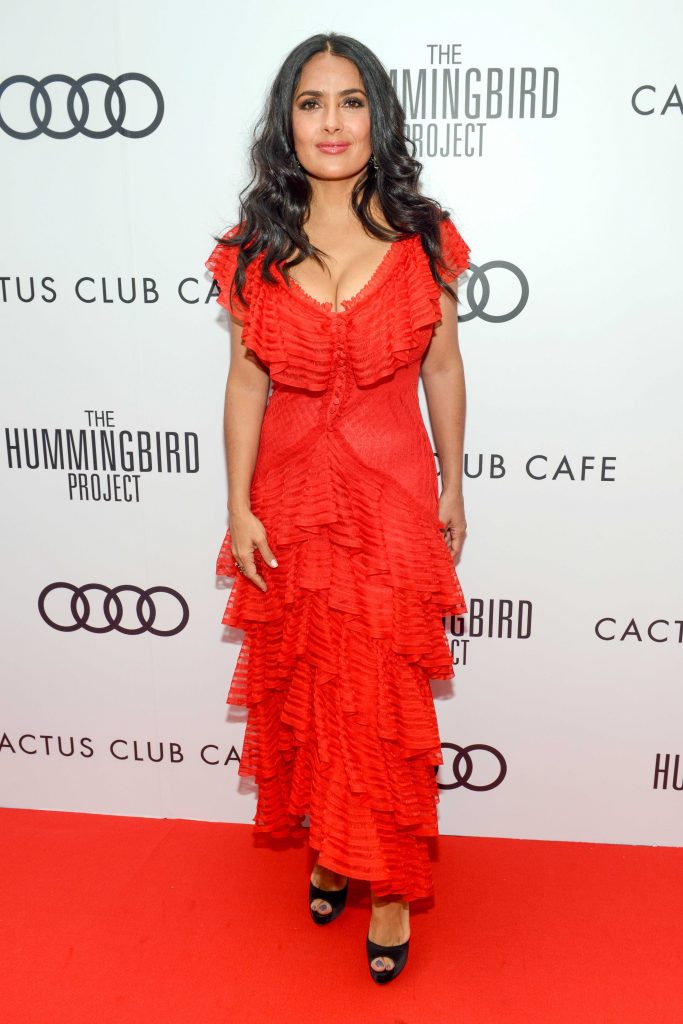 The 53-year-old Hayek lives mainly in London with Pinault and their 12-year-old daughter Valentina. Hayek is also stepmom to Pinault’s three older children from his previous marriage. They also have homes in Paris and L.A. In the last few years she has appeared in Beatrice at Dinner and The Hitman’s Bodyguard. She recently completed filming the sequel to the latter, entitled, The Hitman’s Wife’s Bodyguard, which again features Hayek alongside Ryan Reynolds and Samuel L. Jackson.

Salma, what can you tell us about your female cosmetics mogul character, Claire?
SALMA HAYEK: In the original script, my character was not a comedic role, she was not funny at all but a really straightforward businesswoman. But then I was discussing her with the director Miguel, and we created this character practically from zero. He said you’re going to do something different with this. 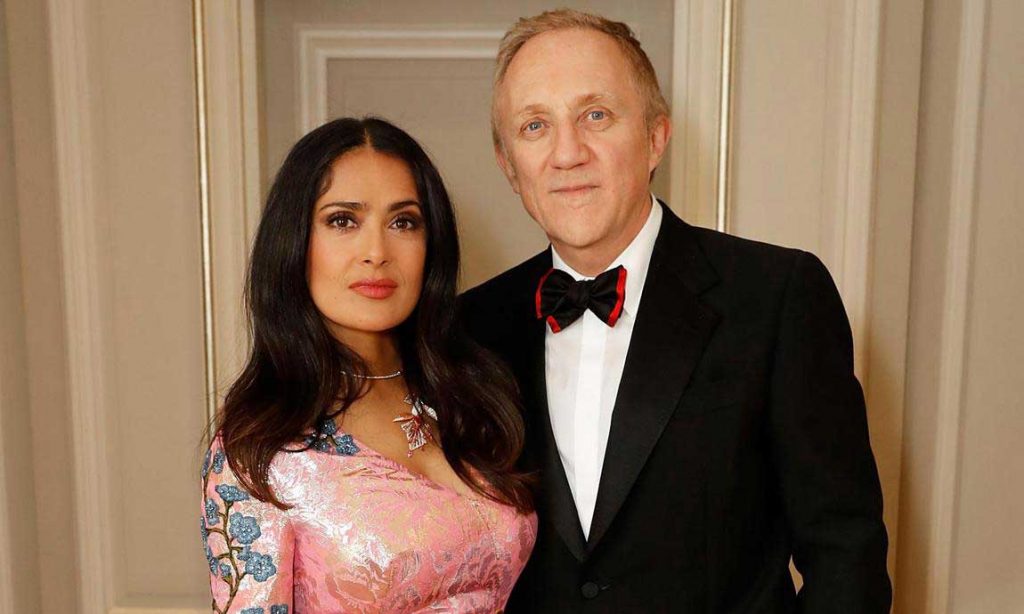 Did you enjoy getting into the mindset of this very strong-willed female boss?
SH: It was fun to get into the process of becoming this very determined and self-confident woman who thought of herself as being fabulous. She’s completely selfish, doesn’t think about anyone else, and it was kind of cool to be able to go there and do that. She’s creative in the way she runs her business and creates this iconic character of herself.
She’s lonely, that’s the downside of her life, and she thinks she can’t do anything wrong. But other than that, it was fun to be able to go into that level of delusion and “I love me” attitude.

You are married to one of the most powerful corporate CEOs in the world – Bernard-Henri Pinault. How do you two share your respective roles at home?
SH: My husband and I are super well-balanced. We each have our departments which we are in charge of. He’s very kind, and very good at always being stable. As for me, I’m more all over the place – but he controls me and manipulates me completely! [Smiles self-mockingly] 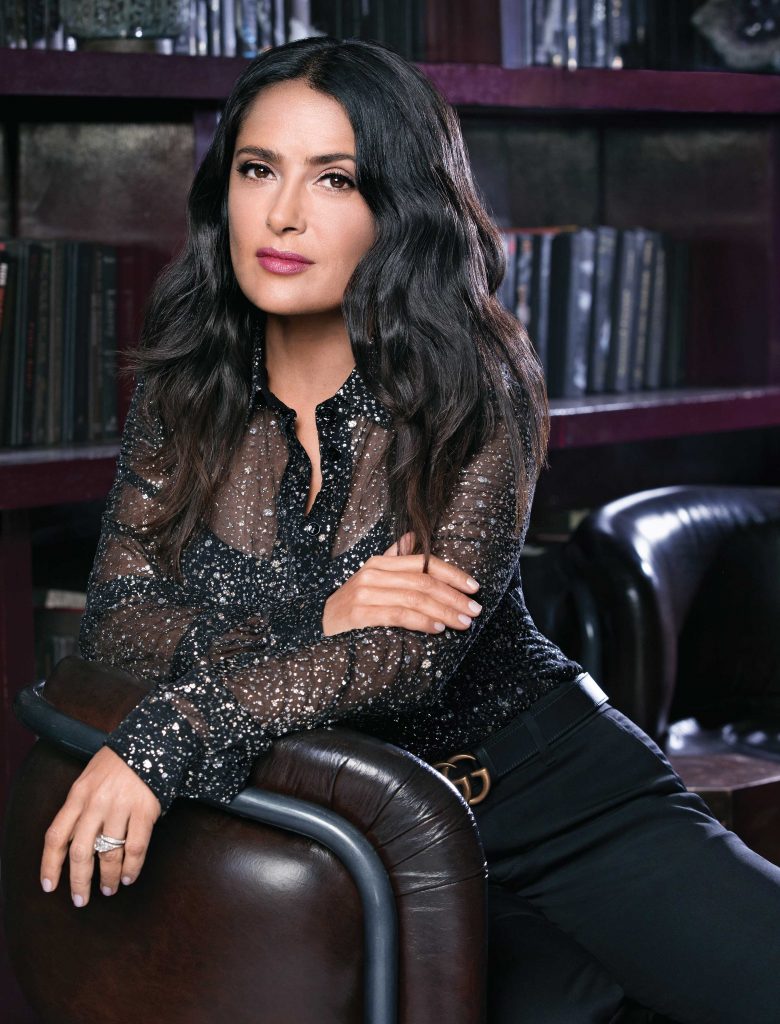 Do you still keep in touch with your friends from earlier in your career?
SH: My best friend has been my best friend since I was born! She treats me exactly the same as when we were young and growing up together. I like to be with people I’ve known for so long – it’s important because it reminds you of the person who you’ve always been and I [also value] their loyalty and how they’ve stayed with me through time.
But everyone has their speciality and I’m still best friends with Penelope Cruz. Sometimes when I need to talk to someone about the industry, I’m able to talk to her because she really understands me and my journey and what I’ve encountered because we’ve had similar journeys in this business.
And then I have friends who can discuss with me struggles with motherhood about teenage children and I have some older friends who are part of my support network and who have helped me to grow throughout my life.

Many women grapple with the notion of having it all – a vibrant career and a satisfying home life raising a family. Do you have that?
SH: Yes, I have it all. But having it all means needing to have challenges. If you don’t have challenges, you’re just content and flat lining your way through life. Sometimes the challenge is to find a passion for things when you have it all. You can never stop conquering yourself. You need to be always present and aware of what your challenges are every day.

How do you feel about the impact of the #MeToo movement and the growing impetus to give women a greater voice and presence in Hollywood?
SH: It’s important that we’re starting to talk about the representation of women and minorities in the film industry. We couldn’t talk about that when I was starting out in the business or it could be very harmful to your reputation.
It’s a privilege to have had such a long career where you start in a situation where many dreams seem impossible personally, and also, for an industry to change in the direction. And to be able to stay in it long enough to see the transformation, how it’s changed for the minorities, how it’s changing for women, it’s very exciting.

In the wake of the accusations against Harvey Weinstein that brought about his downfall, what are your memories of working with him on Frida which his company produced?
SH: As the producer on that film he hindered me in every way. He tried to sink the film and I had to do my best to go along despite all his absurd requests and wanting to rewrite it. He wanted me to be sexier, he asked me to thin my eyebrows. And after I had refused to do all those things, he boycotted me as revenge. Yet that film went on earn six Oscar nominations and won two.

Do you see real change taking place now?
SH: We’re seeing more roles and especially stronger roles for women than ever before. Just the fact that I’m playing a powerful Latina woman on Wall Street in this film is evidence of that.
Women are now at the centre of a lot of the stories that were never done before. I think that definitely we are now able to occupy a different space with a different weight in the industry.

Is it also important for you and other celebrities to keep speaking out on these issues?
SH: The fact that the women in the film industry have been so outspoken about the respect towards women, it really has had a ripple effect like never before, in all the other industries.
I think that if we make an example, also, in the equality of pay, because we are seen everywhere, you know, it just gets into everybody’s brain that this is what is correct to do. But I also kind of cannot wait for the moment when no one talks about it anymore, because then (equality) has become normality. 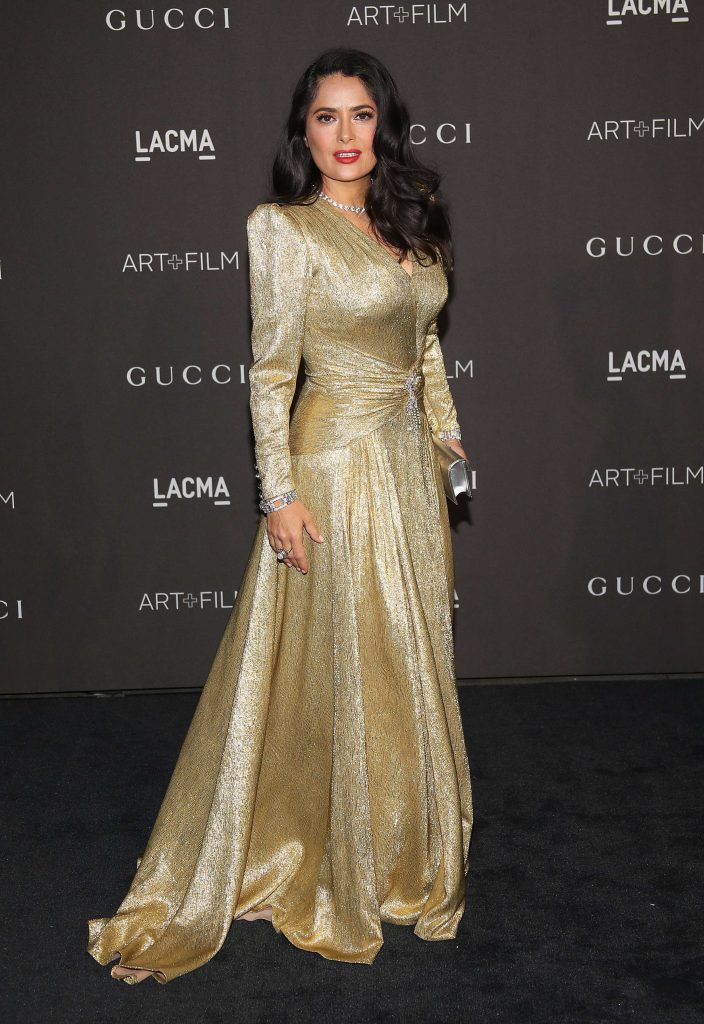 In what ways do you feel that you have now been given more opportunities as far as working in Hollywood is concerned and being able to play more interesting and dynamic characters?
SH: It’s really exciting. I’m 53 and I couldn’t have picked a better time to have been born because I think there have been so many changes and I feel I’m being part of these ongoing changes. I know there’s still a long road ahead of us, but I remember when I started out in my early 20s in Hollywood it was unimaginable then that a woman could still have an active career past forty. Then in recent years there’s been this explosion and I’m just glad to be part of this process now.

You moved to Paris several years ago and now you live mainly in London. Do you ever feel out of place in Europe?
SH: No, I love being in London. We also often spend our weekends in France, and I enjoy French culture because it’s very Latin and Catholic and I identify with that kind of spirit. I love the way the French take their time to enjoy long lunches and often organise beautiful dinners which are social occasions and part of their lifestyle.
The French appreciate good food and they regard mealtime as an occasion to think, talk, and take great pleasure in such occasions. They never just grab a cup of coffee and rush off.
France is a Latin country like Mexico in that way. You always find time to eat together, share a bottle of wine, and have Sunday lunches with the in-laws. There’s the same joy of living.

What have you learnt over the years in terms of your role as a mother and how you are raising your daughter, Valentina?
SH: I always felt that I had good maternal instincts. With Valentina, I have to be careful not to be overly attentive and give her some time to be on her own because I always feel this need to be with her. But I think I have learnt a lot from raising Valentina and being a very conscientious mother. Being able to devote yourself to others and experience that sense of responsibility also allows you to grow as an individual because you are not so focused on your own needs.

Do you find that Valentina is taking on some of your own characteristics?
SH: I don’t find that Valentina and I are that similar in terms of our personalities. She shares a lot with other members of my family who are more confident and light-hearted. For example, I often get stage-fright when I’m in front of the cameras. But she loves being on camera. It doesn’t scare her at all! 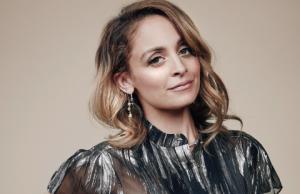 UP CLOSE WITH NICOLE RICHIE 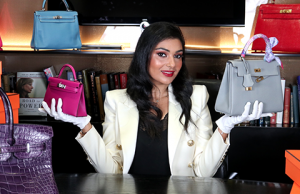 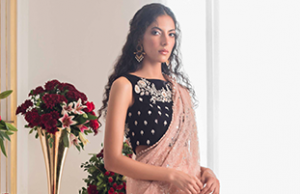 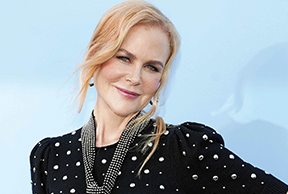 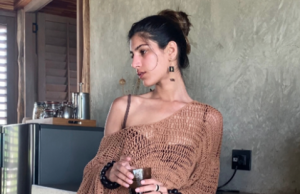 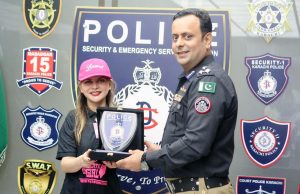