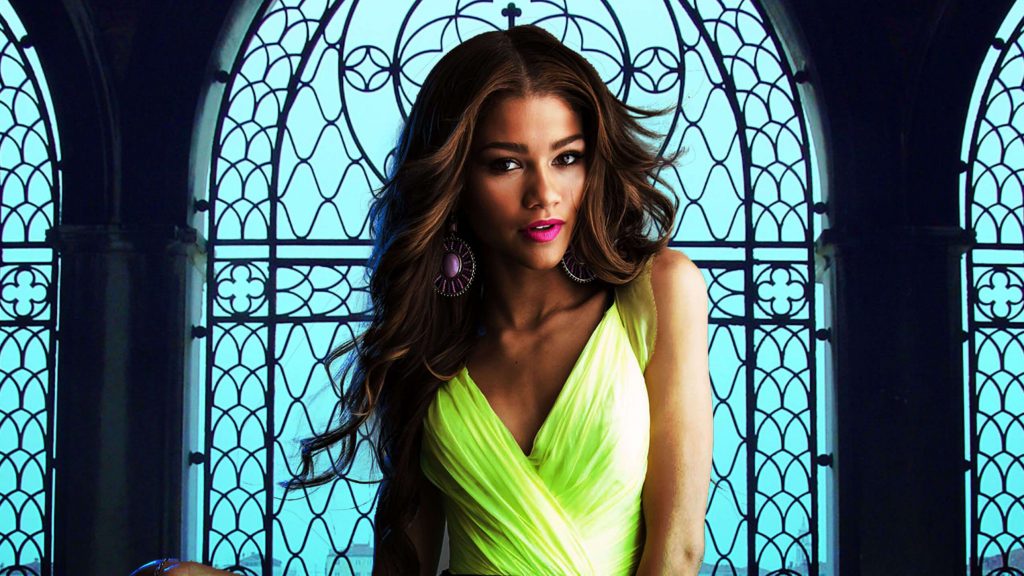 It’s been a spectacular year for Zendaya, the supremely talented former Disney princess who has emerged as one of Hollywood’s top female stars. On the heels of her bravura, Emmy-winning performance in the TV series Euphoria, earlier this year she delivered a stunning performance in Malcolm & Marie, a very adult look at a crumbling relationship. More recently, she enjoyed a small but key role in the hit blockbuster film Dune that offers audiences a preview of what to expect when she stars in the sequel that begins filming next year.
Today, however, her worldwide fan base – including 110 million Instagram followers – is raving about her appearance in Spider-Man: No Way Home, which opened in UK theatres on Dec. 15th. Zendaya returns as M.J. Watson opposite Tom Holland as Spider-Man/Peter Parker in the third and possibly final installment in this latest reboot of the superhero franchise.
“It’s pretty special to have grown up all together,” said Zendaya earlier this year. “It was so much fun to do No Way Home but also kind of bittersweet because we don’t know if we’re gonna do another one.”
“But we were all just absorbing and taking the time to just enjoy the moment, being with each other and being so grateful for that experience.”
Another layer to the on-screen drama is the recent revelation that Zendaya, 25, and Holland, 28, are also romantically involved in real life.  In an interview with the U.S. edition of GQ, Holland confirmed that they “love each other very much.”  Zendaya, however, admitted that in an ideal world she would have preferred to have kept their love affair as secret as Spider-Man’s identity.
“It was quite strange and weird and confusing and invasive,” she said. “The equal sentiment we share is just that when you really love and care about somebody, some moments or things, you wish were your own …. I think loving someone is a sacred thing and a special thing and something that you want to deal with and go through and experience and enjoy amongst the two people that love each other.”
The tall (5’10”) and lithe Zendaya (full name Zendaya Maree Stoermer Coleman) grew up in Oakland, California where her African American father and mother of German/Irish ancestry work as schoolteachers. She currently lives in Los Angeles.

This has been an extraordinary year for you. How have you dealt with the pressures and responsibilities that comes with this level of success?
ZENDAYA: I’ve been very careful not to get distracted and lose my way. I love my work and I’m completely dedicated to learning as much as I can with every role and every project. I’ve grown so much working on very emotionally and psychologically demanding projects like Euphoria and Malcolm & Marie.
I want to keep challenging myself like that, knowing that I have so many dear and wonderful friends who support me and give me their love and encouragement. I’ve created my own safe space where I can preserve my little bubble of normality.

You won an Emmy last year for Euphoria. How did that make you feel?
Z: I was grateful and happy that I was allowed to be in the company of such incredible talents whom I all adore. And then winning the Emmy too was crazy. But I wouldn’t give it back! It’s a shame that because of COVID restrictions in September 2020 we couldn’t all be in the auditorium, but I was able to be at home and have my entire family around me, and my dog, who ran away because he couldn’t take the screaming anymore after my name was mentioned! 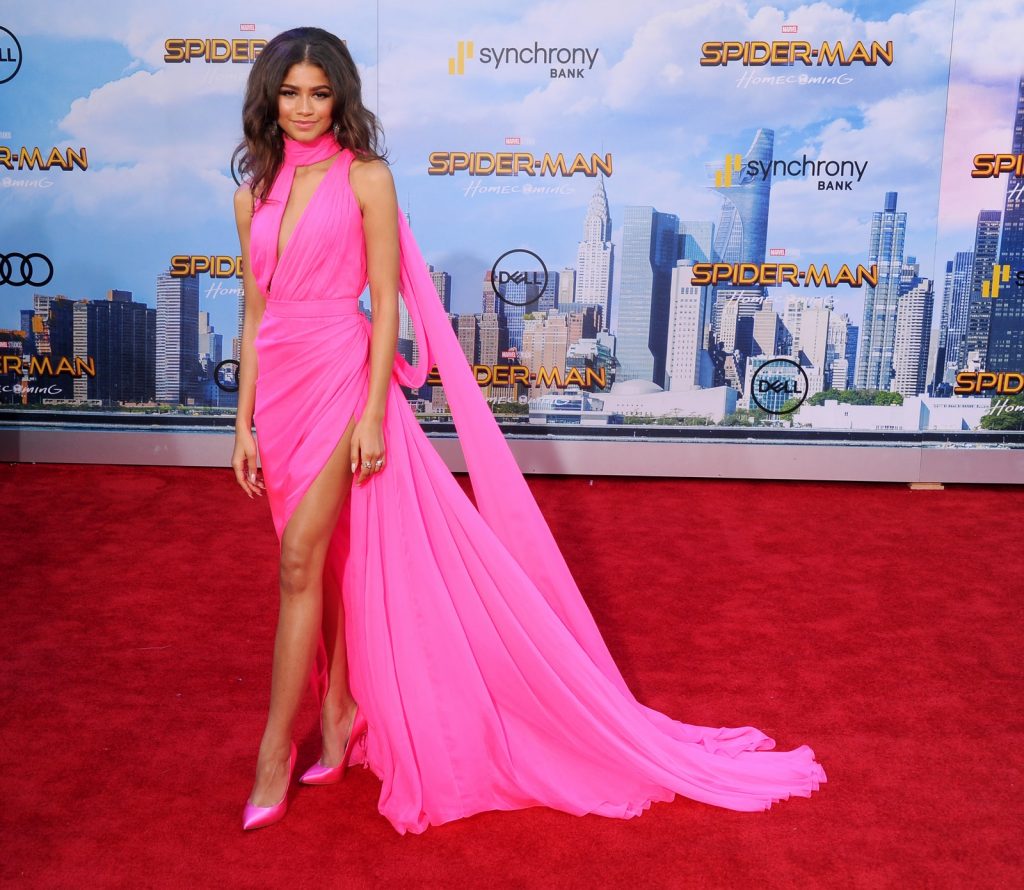 You’ve developed a close working relationship with Sam Levinson, who created Euphoria and also wrote Malcolm & Marie for you?
Z: Yes, Sam and I are very close friends, we talk every day. During the quarantine, it was also a kind of creative lighthouse for me. He knows me inside out from our work on Euphoria. He’s seen me on my worst days, and my best days.  He’s seen me in my most vulnerable moments and my strongest. My conversations with him are what led to Malcolm & Marie when I was so anxious to be able to work on something even with the pandemic shutting everything down.

How do you see yourself as a role model not only for young black women but for young women everywhere?
Z: I take that responsibility very seriously. I feel I owe it to all those people and especially the young women who have followed me and supported me during my career from the time I was starting out on Disney…I want to continue to be a woman who paves the way for other young women.

How did you get started in show business?
Z: I started going to auditions with my father. He quit his teaching job to accompany me to Los Angeles whenever necessary and that was a significant financial burden for my family. As you know, teaching is one of the most important but least paid and least appreciated professions. My mom, who worked two jobs to keep us financially afloat, was very skilled in looking for low-cost hotels to spend the night before the audition.
And the next morning I would go back to school. Then, dad and I found ourselves a small apartment in Los Angeles to make it easier for me to work for the Disney Channel. But it took quite some time before I became financially independent and could help my parents. I am so grateful and proud to have reached this point and I couldn’t have done it without the total support of my family.

What was it like for you being raised by two teacher parents?
Z: It was the best kind of upbringing that you can have. My parents educated me in a very open and honest way and I am convinced that this is the best way to raise children. Whenever I asked them a question – no matter what subject – I was always given an honest answer.
If you mask reality too much, you prevent your children from knowing and understanding the real world that they have to live in. Being overprotective as parents is counterproductive, I believe, and inevitably it leads young people unable to deal with what the world throws at them.

You were once as famous for your singing as for your acting. Did your parents ever push you in one direction or the other?
Z: No. They both wanted me to simply pursue my creativity and talent in whatever form gave me the most satisfaction. It’s very hard to imagine having parents who could have done any more or have been more encouraging of me to reach my artistic potential.
And like so many actors of different generations I owe so much to Disney which allowed me the opportunity to work in several successful series which led to working on big films such as The Greatest Showman and Spider-Man. 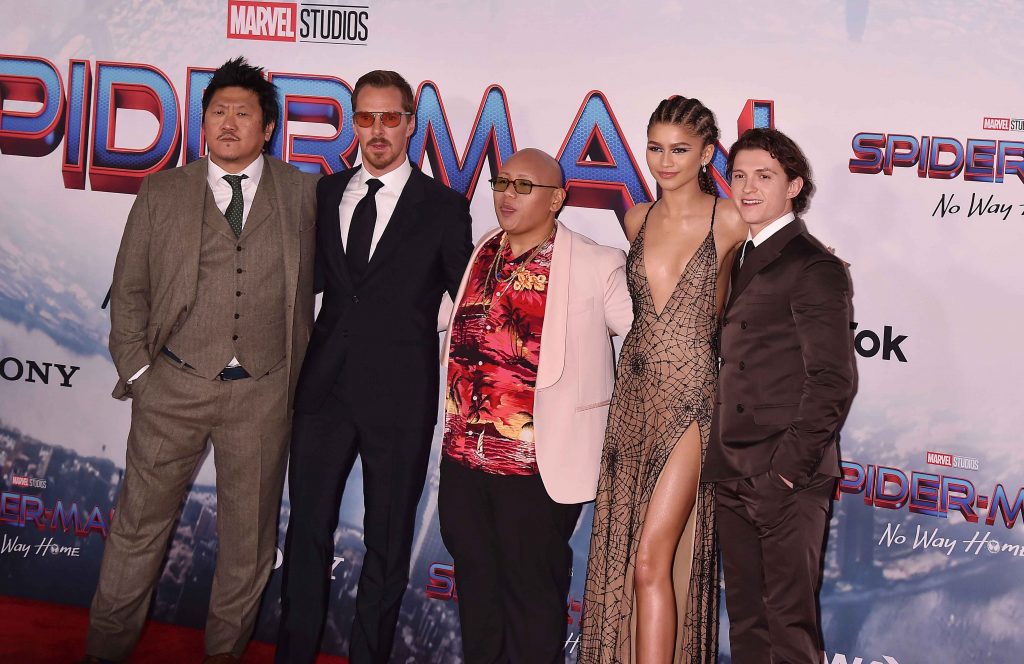 You’ve also indicated that you would like to direct at some point?
Z: Absolutely! Although I still find that scary, because that’s the most difficult job on a set. You have to make so many decisions from the moment you arrive on set until you leave. And afterwards you’re often working on the next day’s scenes.
That’s why working on Euphoria has been a big help to me when it comes to learning a lot about camera work and the visual composition of a shot. That’s where I began asking a lot of questions to understand more about camera placement and studying how a director approachs each.
This is also a good time for women to get behind the camera and we’re seeing more female directors and producers in the industry as well as screenwriters. My father always told me that there’s “nothing a man can do that a woman can’t do.” 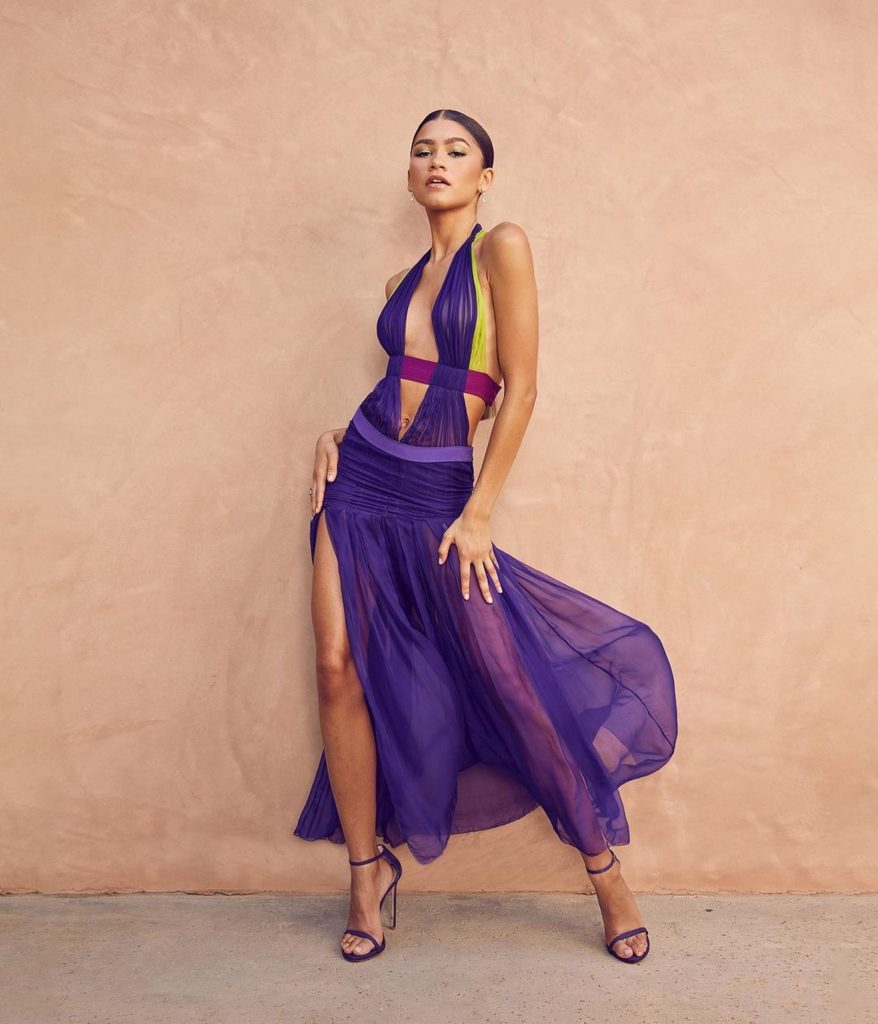 You have over 100 million followers on Instagram. Is it sometimes difficult to manage your account knowing that you’re communicating with such a large audience?
Z: I have a very complicated relationship with social media. I try to limit the amount of time I devote to that because it’s easy to get consumed with it and that can also put a lot of pressure on you. There will always be times when you post something or a photo and then you immediately wish you hadn’t posted it!
I also like to live very much in the present and enjoy the company of my friends in person even though the pandemic has made that more difficult. I don’t like to spend hours on my phone talking or texting.
On the other hand, social media is an important part of my life and my work and it serves as a connection to the fans who are the reason that I’ve enjoyed the kind of success that I’ve had.  I’m very, very grateful for that and I will never forget my fans. But I’m also not someone who wants to post photos of what I’m eating and  I’m not one of those celebrities who hire someone else to post photos or messages for me. Everything that’s posted on my social media accounts is really mine. My main rule is I post to express myself, and do it for myself, and not do it so other people will like me more. That’s not who I am.
The above comments by Zendaya were made on during the course of her appearance at the Venice Film Festival where her new film Dune was making its world premiere. With previous comments from a January interview she gave for Malcolm & Marie. Her comments have been condensed and edited for length and clarity.