Selena Gomez is back on track with a new album, renewed determination, and a fresh perspective on life. She’s weathered several crises ranging from personal to psychological to physical which saw her receive a kidney transplant in the summer of 2017 brought about by her long-term battle with lupus.
But with the release of two new tracks — “Lose You to Love Me” and “Look at Her Now” — from her upcoming and highly anticipated third (and as yet untitled) studio album, the 27-year-old Gomez is signalling her readiness to take on the world again. The former song is a deeply introspective take on overcoming her turbulent relationship with Justin Bieber while the latter tune sends a message to her fans that she’s in a good place again.
Declared Gomez: “I thought it was a perfect way to wrap up a chapter, and I wanted it to show the vulnerability of experiencing the pain of heartbreak and then stepping into this whole other journey, which is mine…I did it for me, but I also did it for my fans.”
She added: “I’m talking to every girl that’s felt what I felt. You know that moment when you just kind of reach that point and you just want to be like, ‘Actually, I’m good. And I feel good.’ That’s what it feels like for me.”
While she won’t call out Bieber specifically, Gomez knows that her millions of fans and 150 million plus social media followers will have no doubt recognising that “Lose You to Love Me” is a frank assessment of their relationship that brings closure to that chapter in her life.
“It’s obviously a very emotional song for me,” Gomez said. “It’s interesting to see how far I’ve come from that point to now. Me sharing my story is exactly what I’ve always done. I can’t be unauthentic. I can’t pretend that I’m not going through something when it’s obvious that I had been.”
Certainly, Selena Gomez has been looking happier and healthier than ever. Earlier this year, she made a triumphant appearance at the Cannes Film Festival on behalf of her latest film, The Dead Don’t Die, the zombie thriller/comedy directed by Jim Jarmusch. While in Cannes, her co-star in the film, the legendary Bill Murray, confessed his admiration for the girl he simply calls “Gomez”: “I really like her. She’s unusually bright. She’s kind and she’s natural.”
Now with an album set to be released before Christmas, Gomez has plenty to say to her fans about how she has triumphed over adversity and found the kind of clarity and resolve that represents a whole new and brighter chapter in her life. 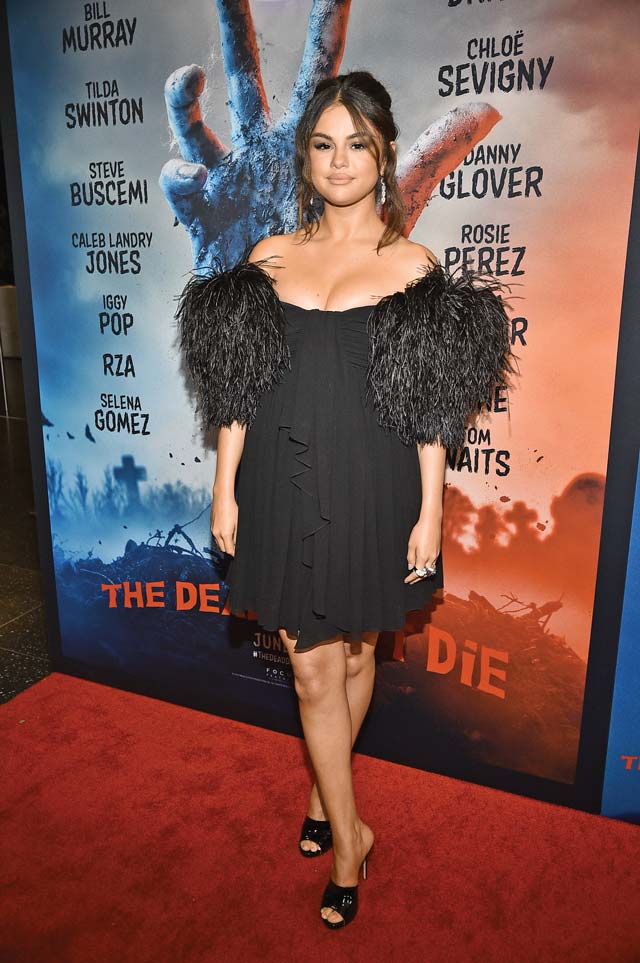 SELENA GOMEZ – IN HER OWN WORDS

ON BEING SINGLE
“I’m having way too much fun. Being single sucked for the first year…Now it feels awesome…I want my next relationship to be real and I don’t want it to be codependent or messy or suffer from a lack of communication. I think when you get older you find people who are actually right for you, that are actually on the same wavelength.”

ON HOW HER PAST RELATIONSHIPS LEFT HER FEELING EMPTY
“It takes time for you to even realise that you lost your self. The girl that I was before I entered any sort of relationship is the girl that I want to be but now I finally feel like I’ve got her, just a little bit more weathered, a little bit more experienced. I had people fall in love with who I was and then slowly but surely tear that down until I was nothing. I felt worthless. I felt thrown to the side. It was horrible. It was the most disgusting feeling.”

ON GETTING SUPPORT FROM TAYLOR SWIFT
“Taylor was frustrated when I was frustrated, she was sad when I was sad, but more than anything, my friends stood by my side. When they visibly saw me in so much pain, they didn’t want it for me, but they — sorry — they never stopped loving me. And I played her the song and I played it with her mom and dad and I showed her the video and her mom and Taylor started crying, and it wasn’t because the song was emotional, it was just because the first thing they said to me was ‘We’re so happy that you’re here.’ After seeing all of that, this is such a cool moment, and that’s a huge thing for me.”

ON HOW SHE NEEDS TO LOOK AFTER HERSELF
“I know there are thousands of people, men and women, who have felt this feeling of loss and emptiness. And it’s extremely real, and on top of the social media and everything, it doesn’t matter if you’re in my position or if you’re in someone else’s because you’re always going to somehow find this negative space. That’s why I have to be careful, and I just have to take steps back and just focus on what I’m doing and no one else.” 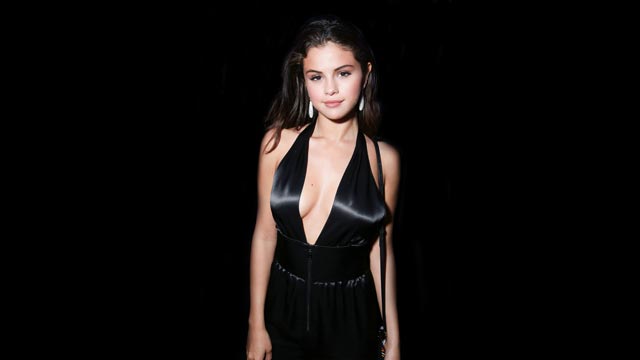 ON HOW THERAPY HAS GIVEN HER GREATER INSIGHT INTO HERSELF
“Last year, I took a lot of time off. I think that I needed a moment to myself because I do feel like I was growing and changing,” she explained, later adding, “Gosh, if I knew what I know now … I am a believer of therapy. So I think that I have had opportunities where I kinda reflect on the younger me, and I think that a lot of the times, I wished that I could hug my younger self. I wish I could have done a lot of things and experienced things maybe a little differently, but I go to therapy.”
“It is hard, but it’s amazing,” she added of her experience with seeking mental health help. “It’s hard for people to open up, but I think it’s just one of the most important things — to get to know yourself. Not saying everyone in the world has to do it; I’m just saying it’s helped me understand myself and my childhood a lot better.”
“I mean, it’s all the feelings, right? It’s everything from happy and emotional to just realizing it and being frustrated. I just wanted to validate all of those feelings because they were extremely real to me.”

ON THE MESSAGE OF HER SINGLE, “LOSE YOU TO LOVE ME”
“It’s one of those songs where I just feel like it’s out, it’s released and I hope that girls and guys all over the world can feel supported. That’s a feeling everyone’s felt. That was something that I needed to do for myself regardless of what was going to come after.” 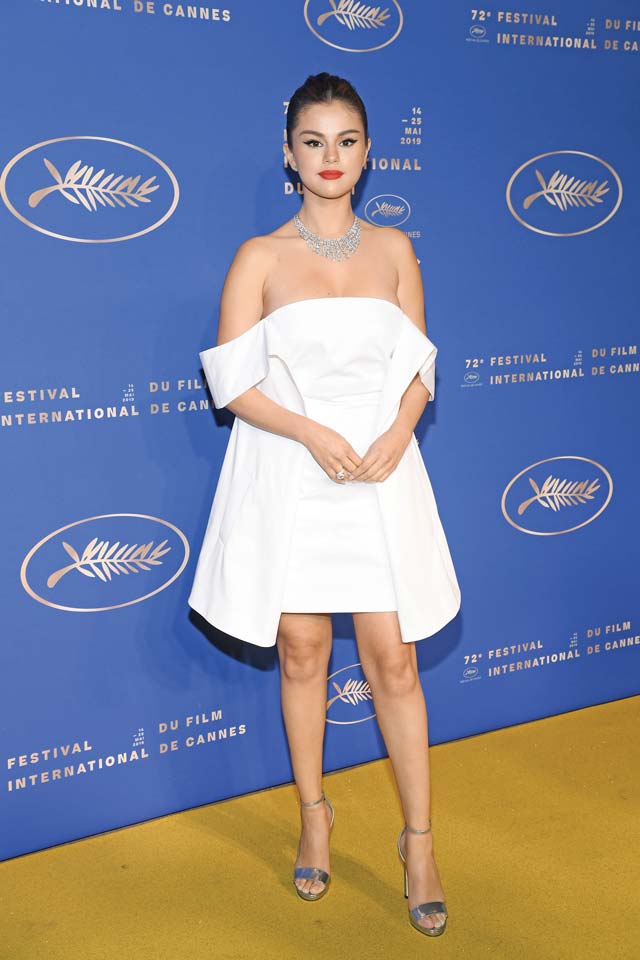 ON THE PROCESS THAT LED TO HER UPCOMING NEW ALBUM
“I have to do a few finishing things with it, but I’m just relieved. It took me four years now to even feel at a good place with this album…I had such huge moments that happened in my life, personally, and I wondered how I would capture that and how was I going to actually feel good about what I was saying. So I just kept going and I’m relieved now [that it’s almost done].”

ON HOW THE BEST IS YET TO COME WITH THE NEW ALBUM
“All I know is these two songs were me wrapping up a chapter in a pretty little bow and the rest of the album is all about where I am now and where I’m going. So, in my opinion, these are great songs, but I’ve saved the best for later.”

ON HOW TRYING TO DISGUISE HERSELF IN PUBLIC DOESN’T WORK
“I’ve tried, and it just doesn’t really work, and then I feel like more of an idiot trying to not be recognized. And I’ve tried everything and one time I thought I could be Gothic and no one would know, and then people would just get freaked out. One time, I was in a line, and I was waiting, and this woman – I was just talking with my friend behind her – and she kind of just like looked and she was like, ‘Wait, that’s your voice.’ She recognized me from my voice only, and I was like, ‘Oh, God.’ I just didn’t know if that was a compliment or not.”

ON HER NEW OUTLOOK ON LIFE
“I’ve stepped back a bit. I’m enjoying my life and i don’t think about anything that causes me stress anymore which is really nice….I don’t pay attention to trying to get people to like me so much anymore…I feel like I relate more to unconventional characters – I tend to break the rules.”
“I feel more fearless now. When you feel more secure about yourself it carries over into everything you do. You don’t give in to your doubts or anxieties as much and that frees you to be true to yourself…I know that I’m much more confident about myself now and that’s a pretty liberating feeling.”

ON HOW HER WORLD HAS CHANGED
“I’m at a place in my life where I want to really be able to enjoy all the opportunities I have and not worry about things that are dragging me down. One thing I know is that your true friends will always have your back and will always stand with you through the good times and bad.”

ON HOW SHE FEELS ABOUT HER LIFE GOING FORWARD
“It took me a long time to get through, but now it’s fine. I’m smiling. I feel great.” 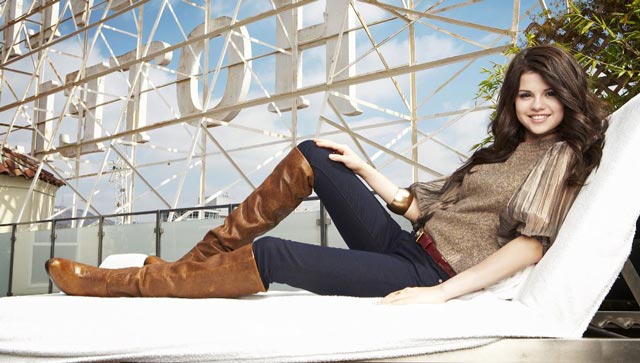 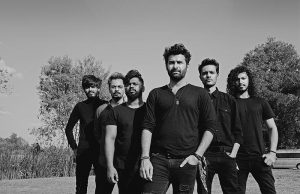 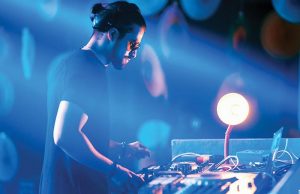 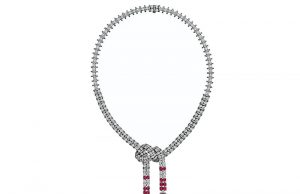 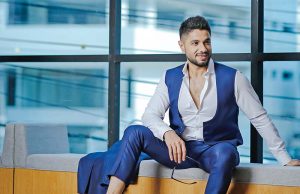 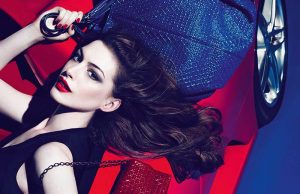 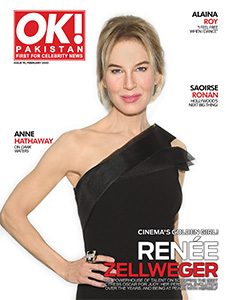